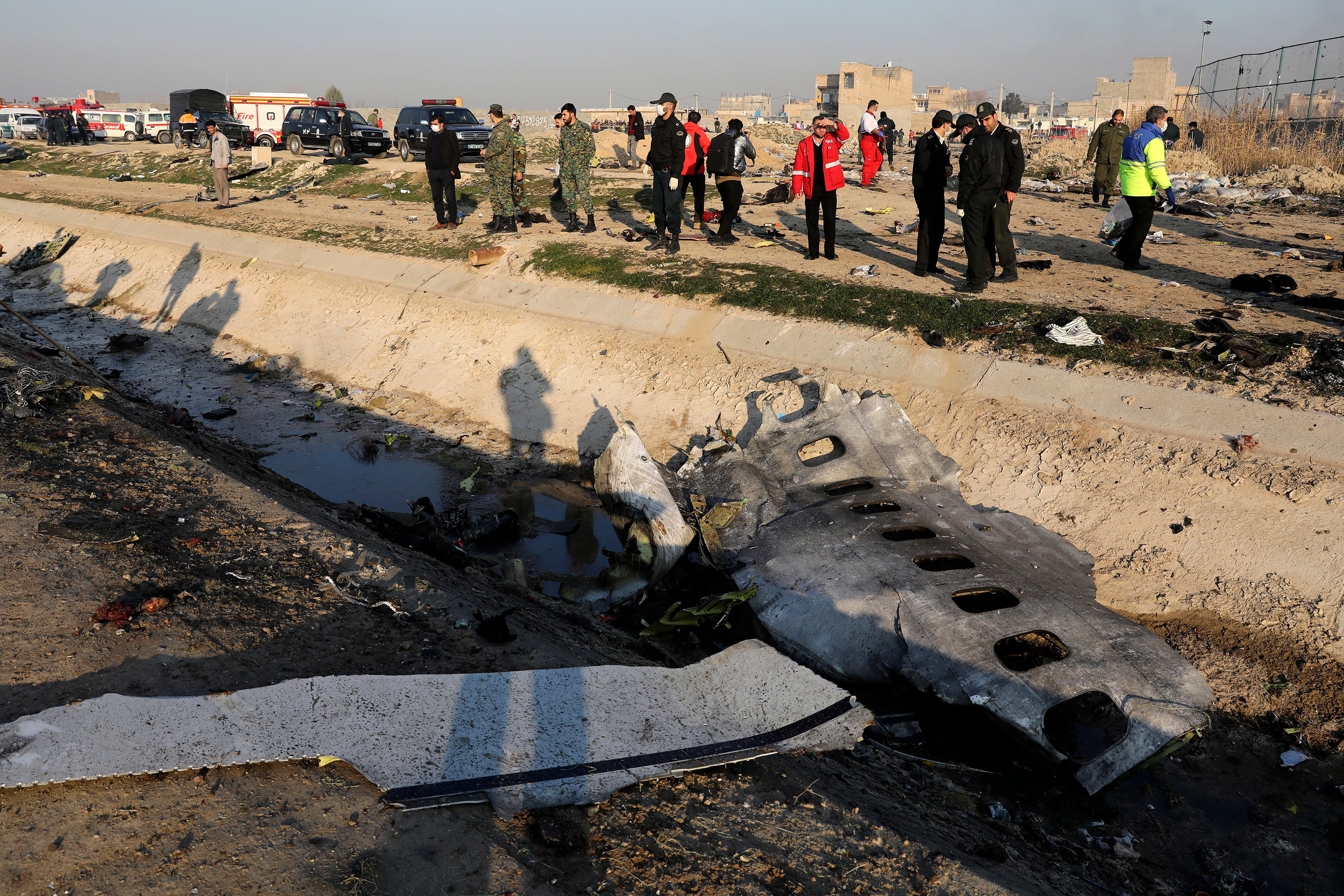 FILE – In this Jan. 8, 2020, photo, debris is seen from an Ukrainian plane which crashed as authorities work at the scene in Shahedshahr, southwest of the capital Tehran, Iran. Iran announced Saturday, Jan. 11, that its military “unintentionally” shot down the Ukrainian jetliner that crashed earlier this week, killing all 176 aboard, after the government had repeatedly denied Western accusations that it was responsible. (AP Photo/Ebrahim Noroozi, File)

TEHRAN, Iran — Those responsible for shooting down the Ukrainian jet in Tehran this week would “immediately” be brought before military justice, the general staff of the Iranian armed forces said Saturday.

“We assure you that by pursuing fundamental reforms in operational processes at the armed forces’ level we will make it impossible to repeat such errors,” the general staff added in a press release