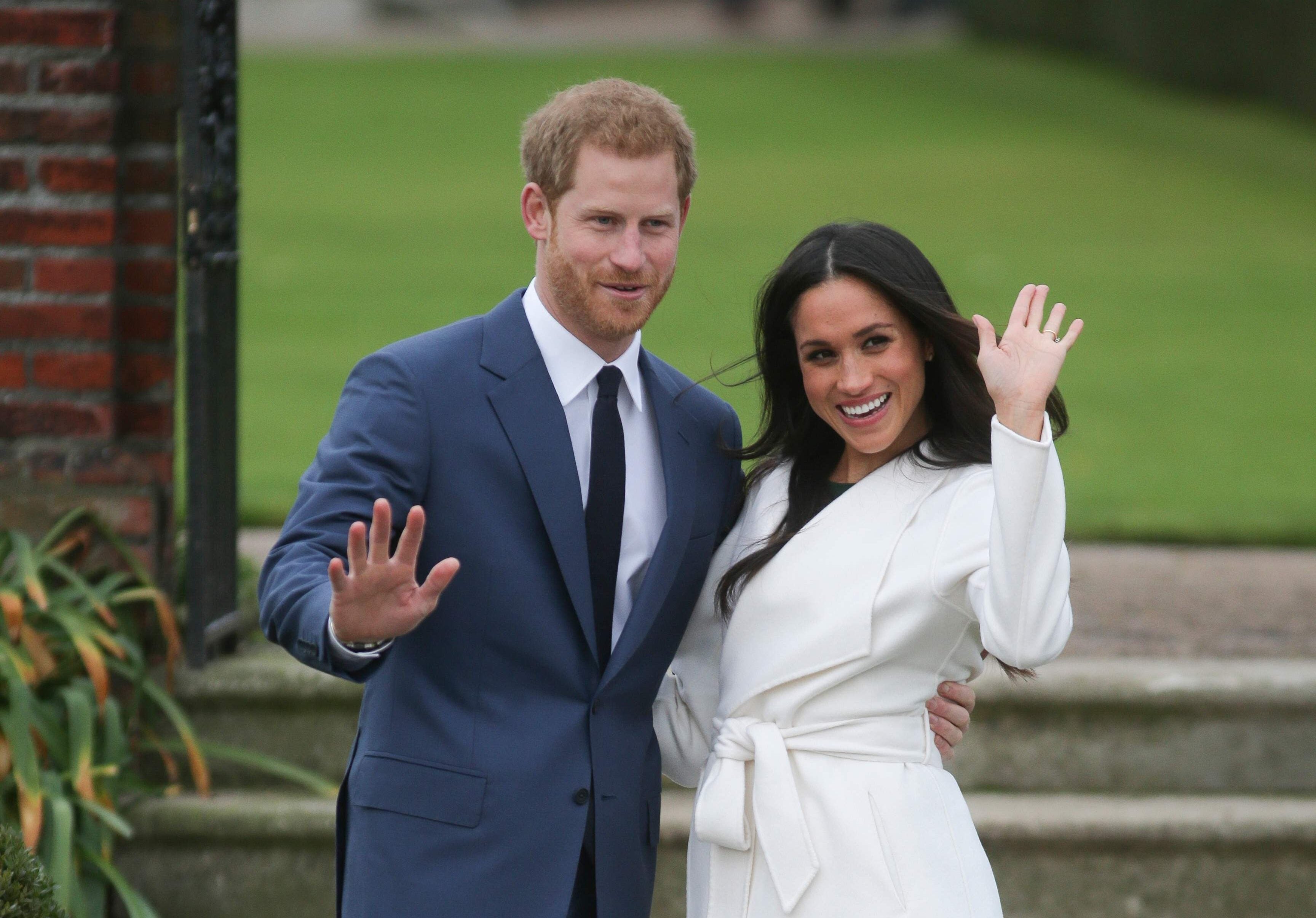 THEY DIDN’T CONSULT QUEEN Britain’s Prince Harry and his wife, Meghan, will step back as senior members of the royal family and spend more time in North America, the couple said in a historic statement on Wednesday. —AFP

LONDON—Prince Harry and his wife, Meghan, stunned the British monarchy on Wednesday by quitting as front-line members reportedly without first consulting Queen Elizabeth II. In a shock announcement, the couple said they would spend time in North America and rip up long-established relations with the press.

Media reports said the Duke and Duchess of Sussex made their bombshell statement without notifying either Harry’s grandmother the monarch, or his father Prince Charles.

The surprise news follows a turbulent year for the couple, who have openly said they have struggled in the spotlight and grown apart from Harry’s brother Prince William. They have also reacted badly to negative news coverage.

“We intend to step back as ‘senior’ members of the royal family and work to become financially independent, while continuing to fully support Her Majesty The Queen,” they said in a statement released by Buckingham Palace.

“We have chosen to make a transition this year in starting to carve out a progressive new role within this institution,” they added.

“We now plan to balance our time between the United Kingdom and North America.”

The announcement appeared to catch the royal family by surprise.

Buckingham Palace put out a second statement an hour and 40 minutes later, saying discussions with Harry and Meghan were “at an early stage.”

“We understand their desire to take a different approach, but these are complicated issues that will take time to work through,” it added.

It was understood that the mood in Buckingham Palace was one of disappointment and even, according the the BBC, “hurt.”

Harry, 35, and Meghan, 38, are among the most senior, core members of the royal family, and, along with William and his wife, Kate, seen as the monarchy’s future.

The pair spent six weeks over Christmas in Canada after speaking of the pressure of being in the spotlight following their fairy tale wedding at Windsor Castle in May 2018 and son Archie’s birth 12 months later.

They skipped the royal family’s traditional Christmas at Sandringham, the sovereign’s private estate in eastern England, spending the festive season instead with Meghan’s mother, Doria Ragland.

Rumors that all was not well with the Sussexes surfaced in October when Harry, sixth in line to the throne, admitted that he and William were “on different paths” and had good and bad days in their relationship.

“We don’t see each other as much as we used to,” he told ITV television’s Tom Bradby, whom Harry and William have grown to trust with interviews over the years.

Asked by Bradby if she was “not really OK” and life had “really been a struggle” becoming a mother while living under intense media scrutiny, Meghan appeared emotional and replied simply: “Yes.”

Bradby said on Wednesday that he sensed he was witnessing “a long, sad farewell to this royal life.”

“This is a new war of the Windsors and it’s not over yet.”

In October, Harry issued a stinging statement about general tabloid coverage and launched the first of a handful of lawsuits against newspaper publishers.

Asked if Meghan was facing the same media pressure as his mother Diana, who died in a car crash in Paris in 1997 while pursued by paparazzi, Harry told Bradby: “I will not be bullied into playing a game that killed my mom.”

On a new website, the couple said they would no longer take part in the royal rota.

The rota system is an established arrangement between the palace and the press whereby news organizations take it in turns to cover events and then share the pictures, text and video with everyone in the pool, avoiding the mass media scrambles of the past.

Instead the couple will attempt to invite only “specialist,” “grassroots,” “credible” and “young, up-and-coming” journalists to events.

Queen Elizabeth’s former press secretary, Dickie Arbiter, told Sky News television that the couple’s approach was “a succession of doing things their own way, which is the wrong way.”

Currently, Harry and Meghan’s costs are largely funded from Charles’ private income from the heir to the throne’s estates, while the police foot their security bill.

Former BBC royal correspondent Peter Hunt told Channel 4 television that royals thinking they can earn money in a side career “has always ended in tears.” Newspaper headlines on Thursday included The Sun’s “Megxit” saying the couple had sparked civil war at the palace.

“They didn’t even tell the Queen,” said the Daily Mirror, while the Star said: “The Royal formerly known as Prince.”