Farmers’ son, first to have college degree in family, lands No. 9 in criminology license tests 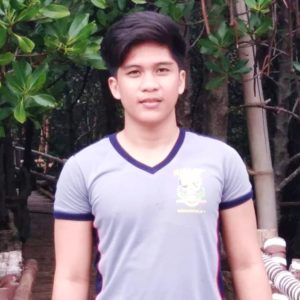 Adrian S. Mandawe of Sugbay Uno, Dimataling town, Zamboanga del Sur, made it to the top ten among the examinees of the Criminologist Licensure Test this year. LEAH AGONOY

PAGADIAN CITY– A farmer’s son, who had money enough for only 15 days of a review course, landed ninth in the recent criminology licensure tests, becoming the first in his family not only to have a college degree but a professional license as well.

He got an 89.9 passing rate to become the ninth among more than 19,000 examinees to pass the criminology tests.

Mandaue graduated at the Western Mindanao State University external studies unit in Pagadian. He didn’t have funds for a full review class so he studied on his own, spending 12 hours a day for five months to prepare for the licensure exams.

He said he enrolled in review class for only 15 days “since it was the most that our family could afford.” That already cost his family up to P8,000.

What he lacked in formal review, he made up for through hard work. When he saw the results on Wednesday (Jan. 8), he knew it paid off.

“I am the first professional in the family and all I wanted is to uplift our living condition,” he said in an interview.

Mandawe, 21, is sixth of seven children of parents who are both into farming and had been farming all their lives. He was the only one in the family to earn a college degree.

He said he was really aiming for the No. 1 spot when he took the exams in Cagayan de Oro City last November. He was still thankful, though, that he was in the top 10.

For those in a similar situation as he is, Mandawe gave this advice: “Aim high since dreaming is free.”

His no-no list included having vices. His to-do list was heavy on faith in God, sacrificing and staying focused.