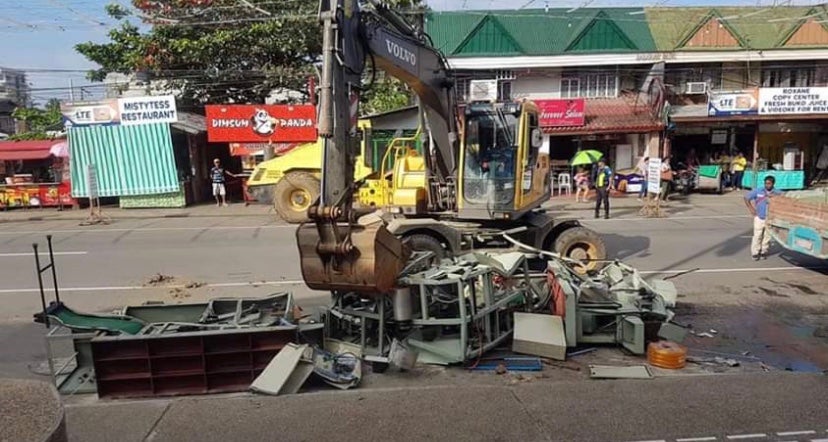 Authorities use a backhoe to destroy the machines used by undocumented Chinese nationals to manufacture fake cigarettes in Cauayan City. Photo from the local government of Cauayan City

Dy said authorities arrested four undocumented Chinese nationals in a warehouse where the machines were used to make unlicensed and fake cigarettes.

Machines to produce pens and markers were also seized in the same warehouse.

According to Dy, the Chinese already posted bail and were immediately deported.

He said the deported Chinese nationals would not be allowed to go back to the country.