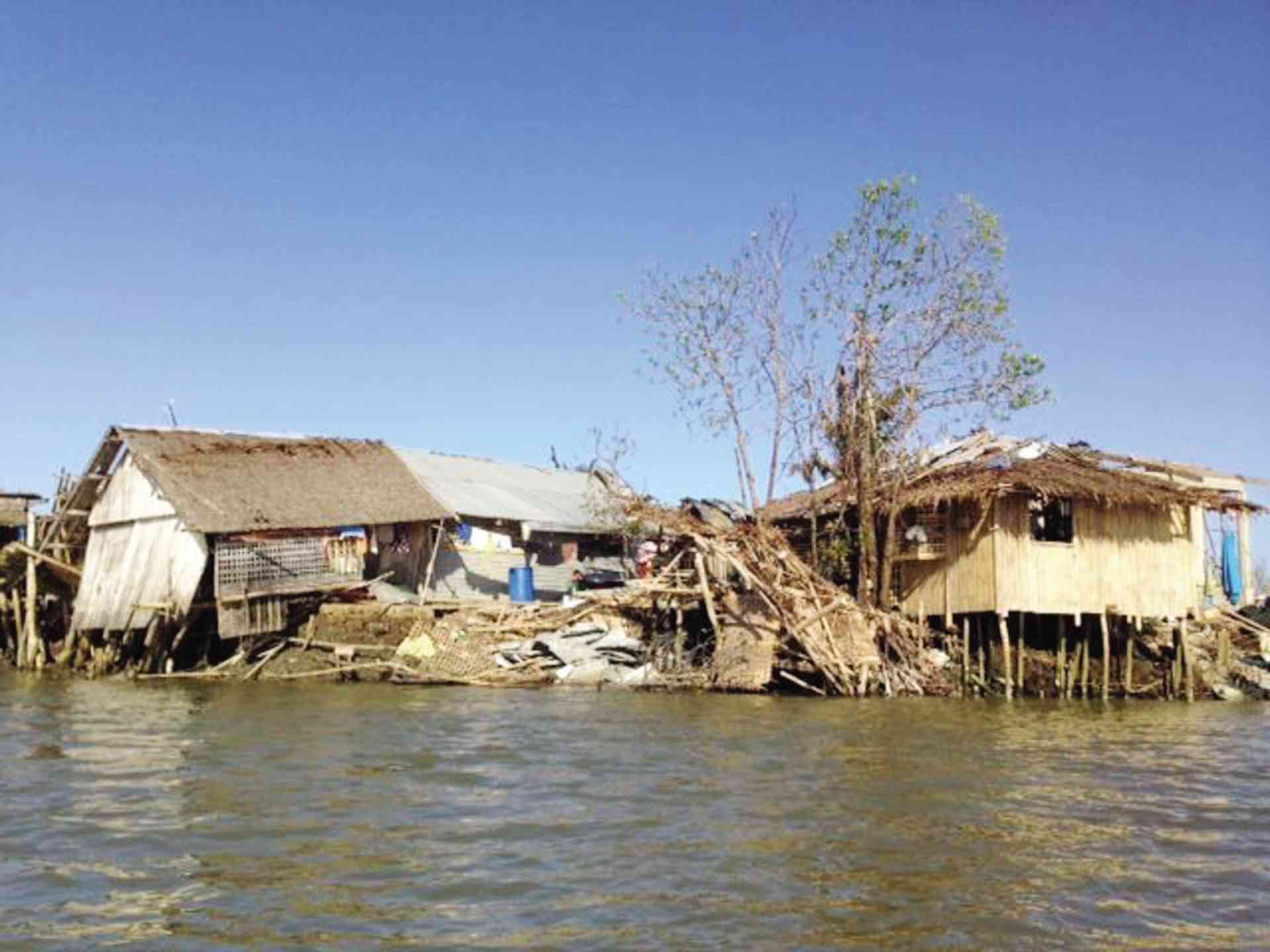 FILE PHOTO: SCENE on the shore of an island village in Capiz province just days after Supertyphoon “Yolanda” (international name: Haiyan), packing winds of up to 300 kilometers per hour, struck the area in November 2013. MARICAR CINCO/INQUIRER SOUTHERN LUZON

ILOILO CITY –– Many residents worst hit by Typhoon “Yolanda,” who were living in danger or no-build zones on Panay Island six years ago, have not been relocated or returned to their former dwellings due mainly to lack of livelihood.

Roberto Nuñez, director of the Office of Civil Defense in Western Visayas, said many of those worst hit by Typhoon “Ursula” on December 25 were also those badly affected by Yolanda, which traversed a similar path across the Visayas.

In a special session of the Regional Disaster Risk Reduction and Management Council on Tuesday, Nuñez stressed the need to permanently relocate those most vulnerable to perennial floods and other danger zones.

“We should not wait for another (typhoon) Ursula or Frank. We have to focus on our response on all the things that we need to do rather than going back to the same areas,” he said.

He said many residents supposed to have been relocated have gone back to their former homes due to inadequate relocation areas.

“(The relocation sites) should be complete. Aside from the housing units, there should be a school, a church (or place of worship) and alternative livelihood,” he told the INQUIRER.

A government relocation site in Jumaguicjic Ville in Roxas City in Capiz is about 12 kilometers from the city center.

Many residents relocated from the coastal village of Culasi in the city complained of the lack of livelihood in the area with some having to spend P100 daily in transportation to go back to Culasi to fish.

Many of those relocated have left or rarely stay in the relocation site, but instead returned to their previous villages, where they put makeshift houses to be near their livelihood sources.

Some stay for a few days or weeks after their unit was turned over and then return to their village where they have work or find other forms of income.

“What will you do with a house but with nothing to eat?” Doris Orsal, who relocated to the village in September 2018, asked.

Nuñez said there was also a need to speed up the completion and putting up of regional and provincial evacuation centers.

As of January 7, 932 families or 3,918 individuals were still in evacuation centers.

Others left homeless were staying in other houses or have returned to homes that need repairs.

Nuñez said the damage to Panay Island alone could reach billions of pesos.

The Department of Agriculture reported that damage to agriculture reached P1.38 billion, with rice and fisheries the worst-hit, especially in the provinces of Capiz, Aklan, and Iloilo.