Cops seize more than P4-M worth of marijuana in Manila 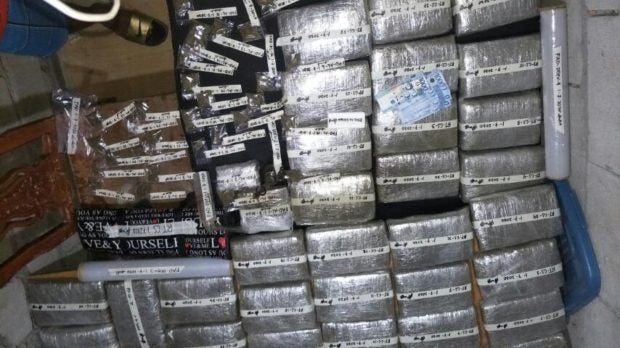 Police seized more than P4 million worth of marijuana bricks at the Baseco Compound in Tondo, Manila on Tuesday, Jan. 7, 2020. (Photo from the NCRPO Public Information Office)

MANILA, Philippines — Police confiscated more than P4 million worth of marijuana from two suspects during a buy-bust operation in Tondo, Manila on Tuesday afternoon.

A report from the National Capital Region Police Office identified the arrested suspects as Celedonio Sorio, 18, and Arnel Laparan, 19.

Members of the Northern Police District (NPD) and the Ermita Police Station under Manila Police District conducted the anti-drug operation at the Baseco Compound in Barangay 649 at 4 p.m.

The operation stemmed from a buy-bust operation on Dec. 24, during which 5 kilograms of marijuana were confiscated and four suspects were apprehended in Barangay San Miguel, Pasig City.

Sorio and Laparan were arrested after an undercover lawman bought P1,000 worth of marijuana. 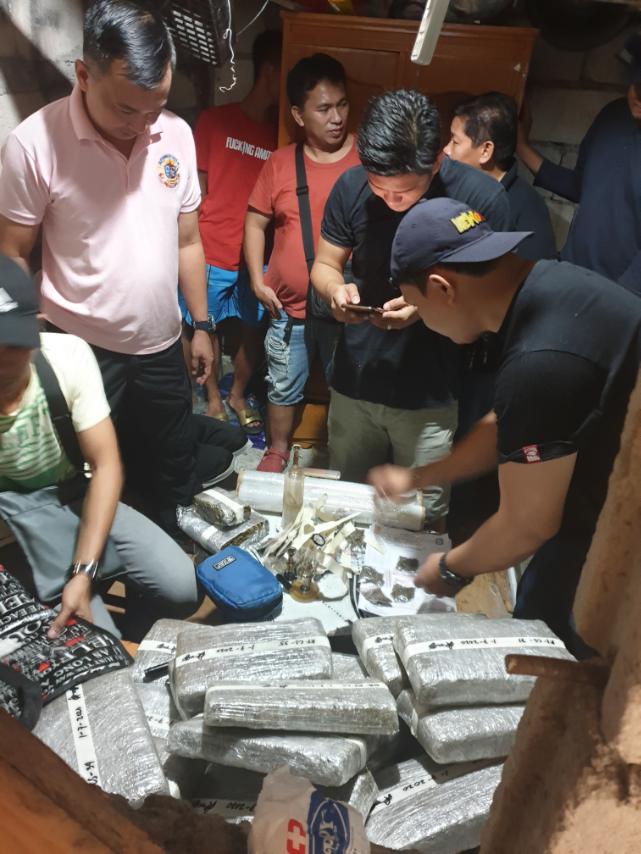 Police officers make an inventory of the items seized from the suspects. (Photo from the NCRPO Public Information Office)

Seized from Sorio and Laparan were 37 kilograms of dried marijuana leaves, a glass tube pipe, a plastic tube pipe, two rolled cling wrappers, a bag, and a cellphone.

The suspects are now under the custody of the NPD-Drug Enforcement Unit pending the filing of a case against them for violation of Section 5, Section 11 and Section 26 of the Comprehensive Dangerous Drugs Act of 2002.