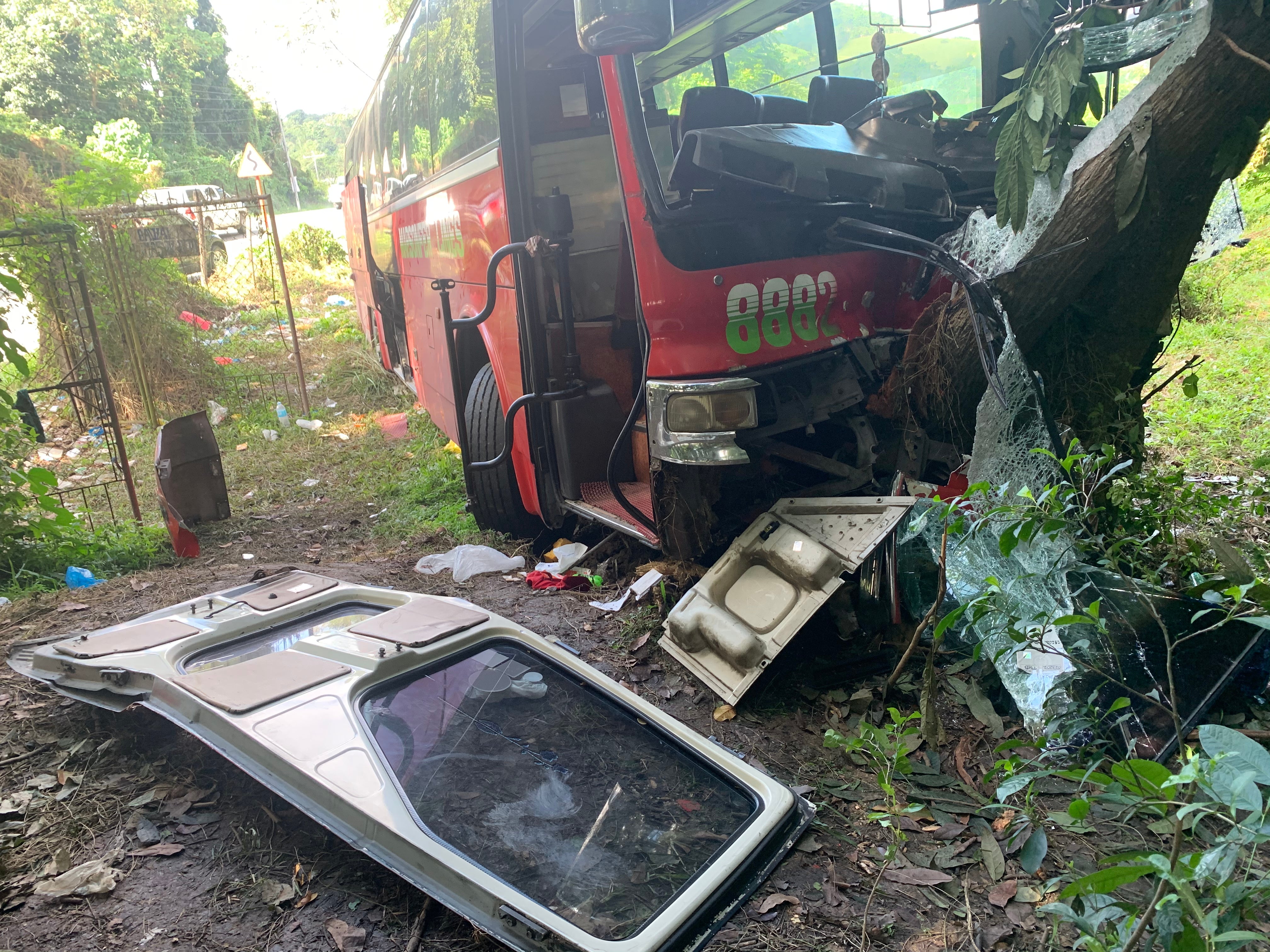 The wreck of the Marsonfer bus lies on the road after it slammed into a motorcycle, killing a couple and injuring 16 others in Cordon, Isabela. VILLAMOR VISAYA JR.

CORDON, Isabela–A couple was killed after a bus rammed the motorcycle they were riding as they headed for home to Nueva Vizcaya province, according to police.

In a report on Tuesday (Jan. 7), police said couple Maverick and Elsie Andaya died on the spot during the road crash at the village of Caguilingan on Sunday yet.

Investigators said the victims were heading to Diadi town in Nueva Vizcaya province when the bus carrying 15 passengers slammed into the motorcycle.

The Marsonfer bus hit a tree, injuring the driver and the passengers who were taken to a hospital.