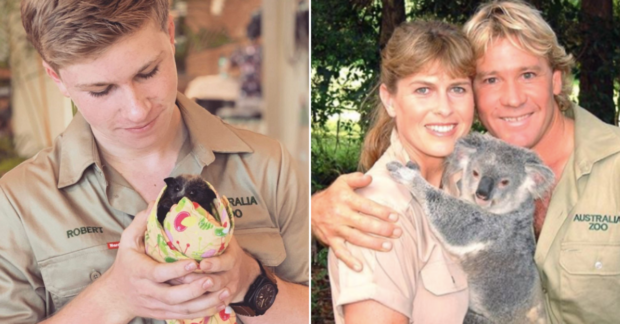 The late “Crocodile Hunter” star Steve Irwin’s compassion for animals lives on in his wife and kids, especially in a time of crisis.

Irwin’s family is doing its part to save several animals displaced and injured due to Australia’s devastating wildfires. It is believed that hundreds of millions have died in the fires, as per the Associated Press.

The blazes are expected to continue for months, and the Australia Zoo Wildlife Hospital in Queensland has been working tirelessly to accommodate as many animals it can care for. The zoo is owned and run by Steve’s wife, Terri. Their kids Bindi, 21, and Robert, 16, are involved in the operations too.

Robert announced on Jan. 3 that the hospital welcomed its 90,000th patient, a platypus.

This is ‘Ollie’ the platypus, patient 90,000 at the @AustraliaZoo Wildlife Hospital. 16 years providing 24/7 rehabilitation & animal rescue. So proud of this world-class facility. Thanks for your support with these extreme bushfires, wildlife need our help now more than ever. pic.twitter.com/wbsTTH4CAt

Terri explained that they are accepting animals for treatment even if Queensland is not affected because animal facilities near the fires have been scorched.

“We are taking what we can, we are doing emergency fundraising and building more facilities right now,” Terri told “Fox & Friends” yesterday, Jan. 6.

Volunteers have been transporting hundreds of animals by air to reach their zoo. She said they are at capacity for koalas and overcapacity for fruit bats.

Robert said injuries are caused not only by smoke inhalation and burns. He explained, “As these animals are trying to flee these areas, they’re coming in contact with places animals shouldn’t be. So they’re crossing roads, getting hit by cars, coming into contact with domestic animals, so there’s a lot of different injuries that we’re getting.”

“We’re really just overrun at the moment,” he remarked. “Our fruit bat intake has gone up by about 750%, so even though we’ve helped 90,000 animals over the years, it’s really grown exponentially over the last few days.”

The heavy task is made meaningful by the fact that they are continuing their father’s legacy. “We are really excited to get to honor him in times like this, with the wildfires. I know he would have been in a lot of distress with what’s going on,” Robert said.