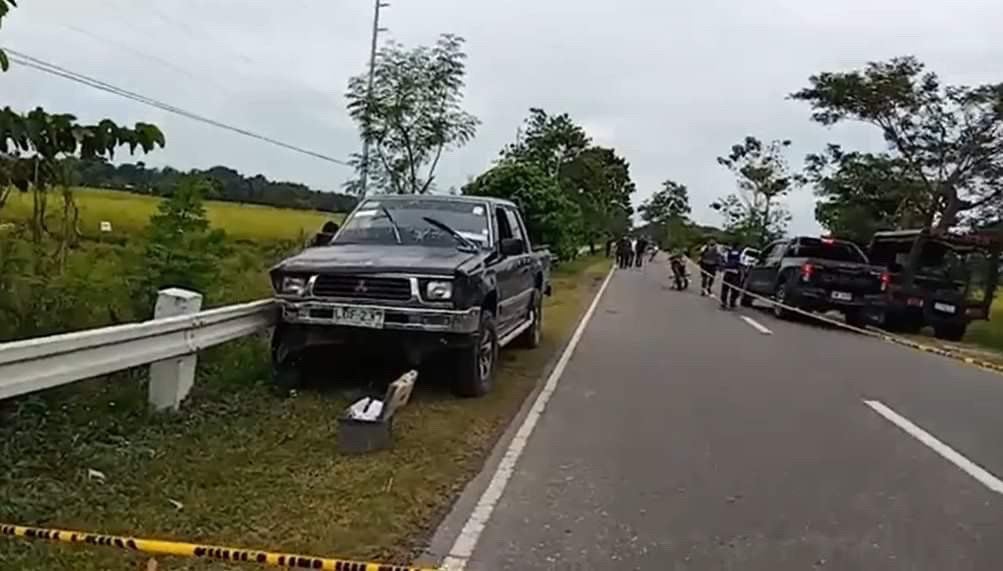 The vehicle of former Sultan Kudarat Vice Governor Rolando “Rolly” Recinto after he was ambushed along the national highway in Barangay Bilumin, Lambayong, Sultan Kudarat at 2 p.m. January 7. PHOTO BY MAX FM-TACURONG

Former Sultan Kudarat vice-governor Rolando “Rolly” Recinto was driving his Mitsubishi pick-up (LDF-237) heading for home from Tacurong City when shot by unidentified gunmen at past 2 p.m. along the national highway in Barangay Bilumin in Lambayong town.

Police rushed Recinto to a hospital in the city but he was declared dead on arrival, according to radio reports.

Recinto also served as mayor of Lambayong, where his son, Francis Eric Recinto, is the vice mayor.

Police and scene of the crime operatives are still at the ambush site conducting an investigation.