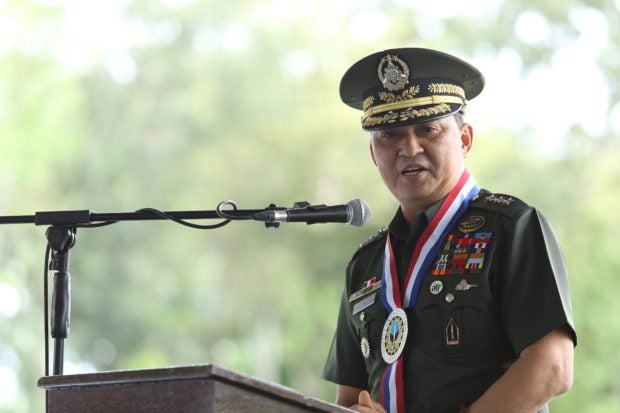 President Rodrigo Duterte meets with officials of the Department of National Defense and Armed Forces of the Philippines in Malacañang on Sunday, January 5, 2020. Photo from PCOO

MANILA, Philippines — The Armed Forces of the Philippines said it is ready to embark on a mission to bring home Filipinos in the Middle East in case the situation worsens amid the US-Iran tensions.

President Rodrigo Duterte on Sunday met with security officials to discuss the situation in the Middle East. He also ordered the military to prepare its assets for the possible evacuation of Filipinos there in case the tensions between the US and Iran escalate.

“That is an important and crucial task for the AFP.  It is more than a transport sortie. It is a humanitarian mission dedicated to take from harm’s way our fellow Filipinos and bring them to safety,” said AFP spokesperson Brig. Gen. Edgard Arevalo in a statement.

The Navy is ready to dispatch one of its two landing dock vessels, likely the BRP Davao del Sur (LD-602), when the need arises. It may also be escorted by one Del Pilar-class offshore patrol vessel.

The Philippine Air Force would likely use one C-130 cargo plane and two C-295 transport planes when necessary.

The C-130 is a critical transport asset during disasters and emergencies. There are five of these in the Air Force inventory but only one or two are operational.

“Notwithstanding the challenges we face to carry that out, we are prepared to embark on that mission not only because it’s our mandate, but it is also in pursuit of the Commander-in-Chief’s directive,” Arevalo said.

The American airstrike which led to the death of Gen. Qassem Soleimani, the head of Iran’s elite Quds Force, inflamed tensions between the US and Iran.

“There are probabilities like that and we are improving our plans just to cover everything just in case something happens,” Santos told reporters.