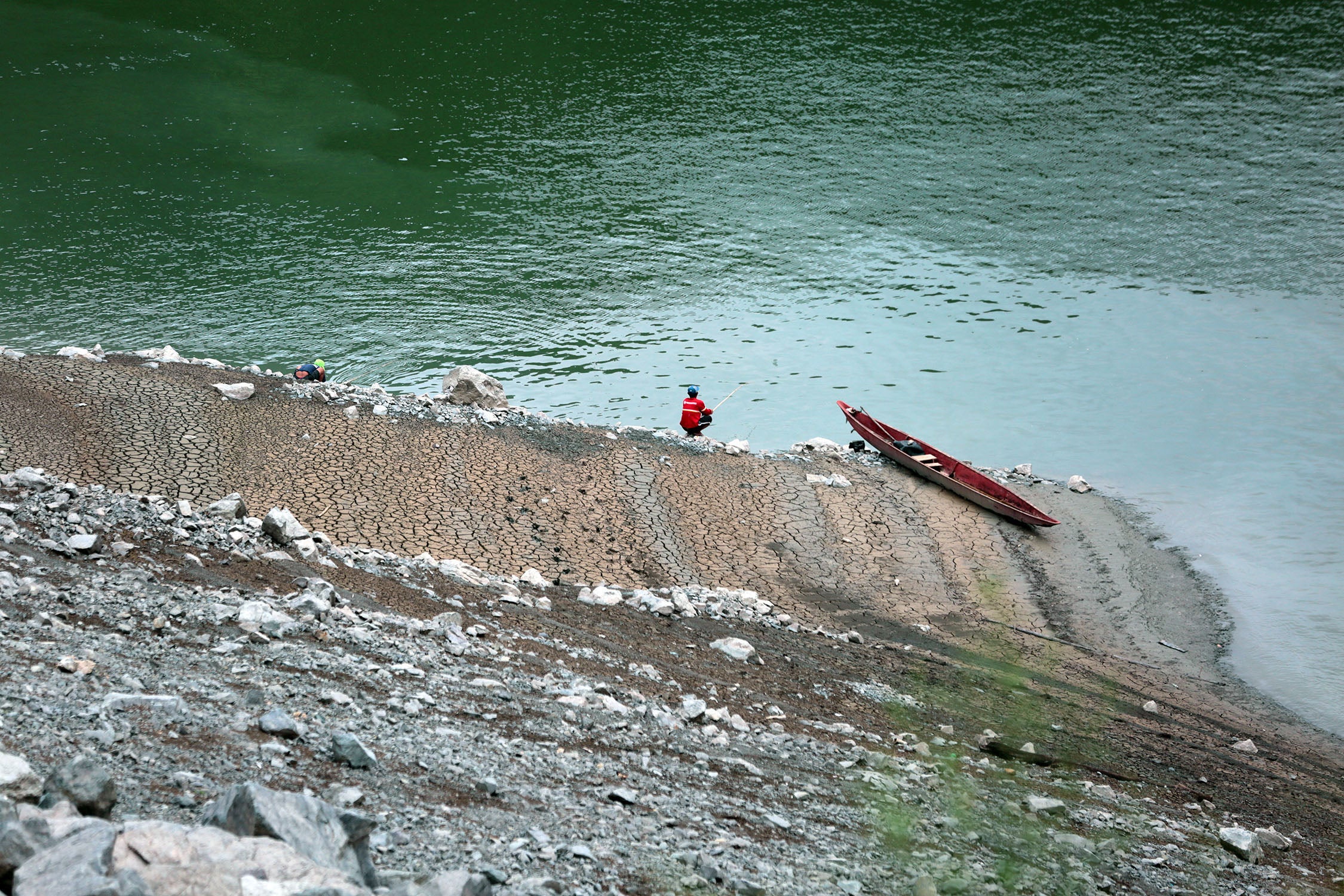 ANGAT FISHING In this photo taken in June 2019, a man casts a line into a section of Angat Dam, hoping to catch fish amid the continuing drop in the water level at the reservoir in Norzagaray town, Bulacan province. The bulk of Metro Manila’s water supply comes from Angat. —GRIG C. MONTEGRANDE

CITY OF MALOLOS, Bulacan, Philippines — The go¬vernment should tap river systems in and around Bulacan to ease pressure on Angat Dam, which provides irrigation to the province’s farms, and potable water for heavily populated Metro Manila, Gov. Daniel Fernando said last week.

“The swamp brings floods to our towns of Calumpit and Hagonoy. Why don’t we impound the water to supply water to farmers,”said Fernando during a meeting with 300 farmers, who sought more irrigation water for the planting season to begin by the third week of January.

The National Water Resour¬ces Board has been conserving water in Angat Dam, prioritizing Metro Manila’s drinking water supply because its reservoir has not yet returned to its normal high elevation of 212 meters above sea level.

About 27,000 hectares of farmland in 17 towns in Bulacan and four towns in Pampanga rely on Angat Dam.

Fernando said the proposal for the Bayabas Dam had been submitted to the National Economic and Development Authority. The project was designed to augment irrigation requirements during the dry season by tapping the Bayabas River in DoÃ±a Remedios Trinidad town.