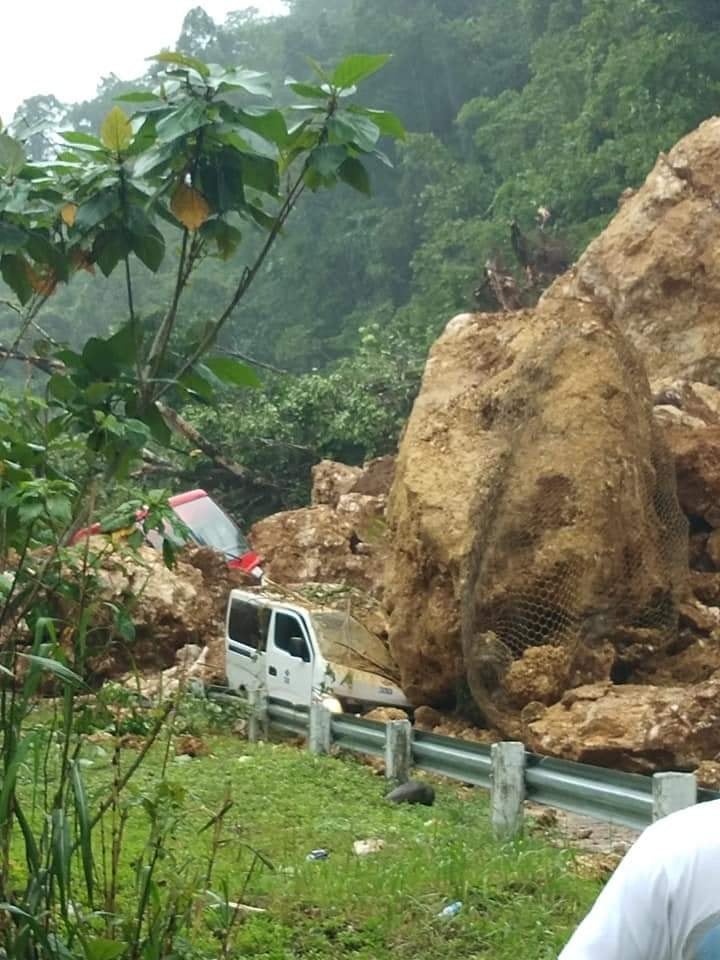 TACLOBAN CITY – Passengers of a bus and van narrowly escaped serious injury or even death when boulders fell on their vehicles at a village in the town of Taft, Eastern Samar province on Friday (Jan. 3).

Mayor Gina Ty, of Taft, said in an interview that passengers of the two vehicles were able to disembark in time before the boulders made impact around 4 p.m. at the village of Binalog-an.

A report said the bus, owned by JM Bus Liner, and the van, registered to transport company Tatsco, were traversing a road in the village when their passengers noticed rocks and debris cascading down the mountain.

The still undetermined number of passengers was able to step out to safety before the boulders hit.

“Thank God, nobody was hurt,” Ty said in an interview with Este News, an online news site based in Borongan City.

The provincial office of the Department of Public Works and Highways (DPWH) earlier reported that a landslide hit the area around 9 a.m. on Firday following heavy rains on Thursday night.

DPWH workers and rescue groups from Taft and the nearby town of Can-avid went to the site for clearing operations.