Baguio cleaned up 2,000 tons of trash during yuletide break 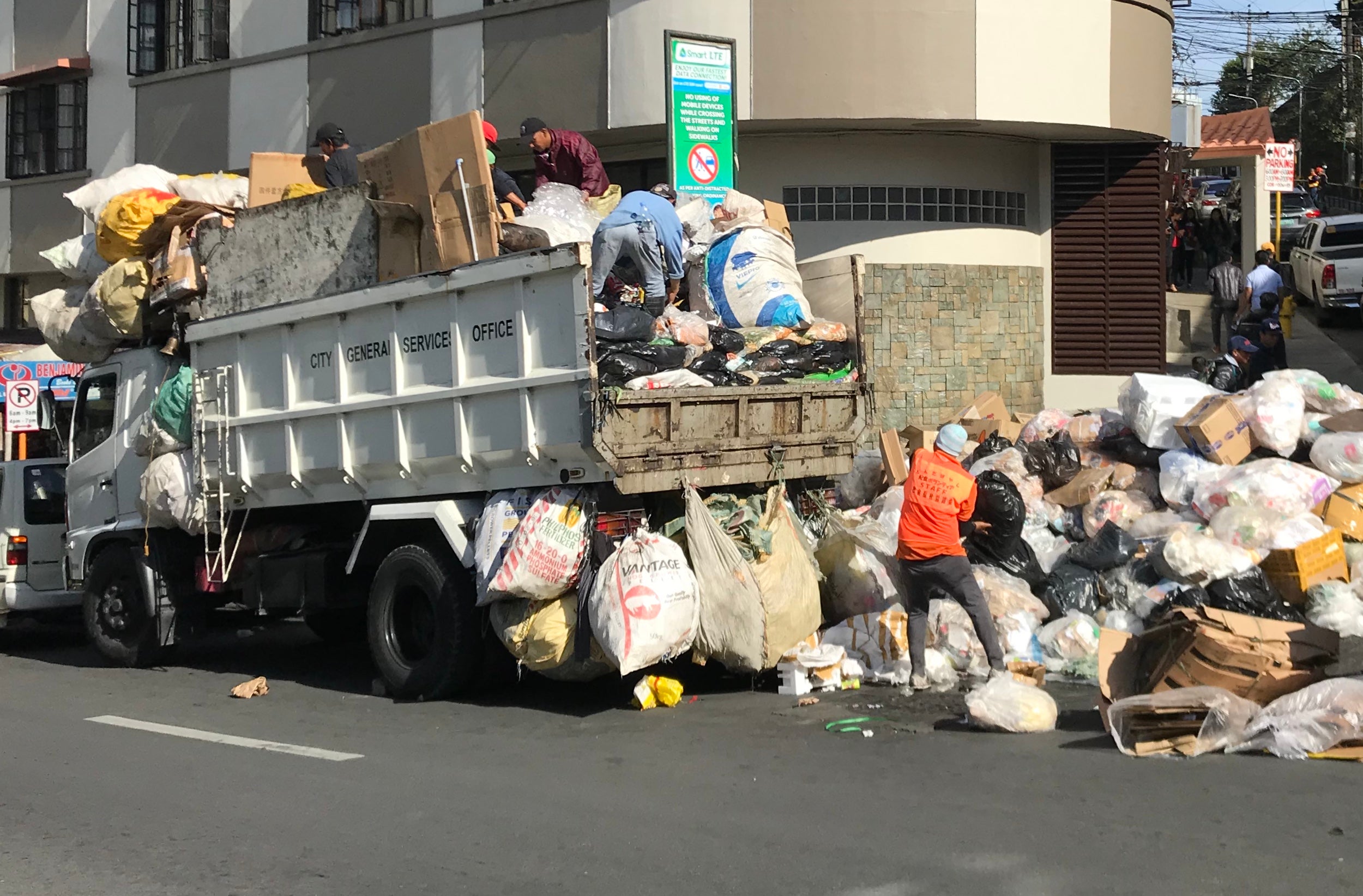 BAGUIO CITY –– Baguio cleaned up 200 tons of garbage each day during the yuletide break, the start of the summer capital’s peak tourist season, according to the city government on Friday (Jan. 3).

Residents generate up to 170 tons of daily trash, but that rose by 30 percent from Dec. 21 to 30 last year, the Baguio public information office reported, citing data from the general services office.

The Baguio government hauls trash to a sanitary landfill in Urdaneta City in Pangasinan province, and had requested the landfill company to open during the holidays “to accommodate the huge volume of residual waste coming from the city,” the PIO says.

Baguio had shut down its only open dump at Barangay Irisan in 2009, and again in 2011 after it collapsed following strong rains.

City Hall said trash collection in the barangays were delayed due to heavy traffic that plagued the summer capital following the influx of visitors.

The Department of Public Works and Highways says 70,077 vehicles motored up Baguio via three main access roads from Dec. 21 to 25 last year. Travel time has been reduced to about three hours from Manila with the opening of the Tarlac Pangasinan La Union Expressway.

Baguio is collaborating with Japanese company Toyo Energy Solution Co. Ltd. for the development of a waste-to-energy plant that would be fueled by residual garbage.

It would be put up at a portion of the Baguio Dairy Farm that was donated to Baguio by the Department of Agriculture./lzb