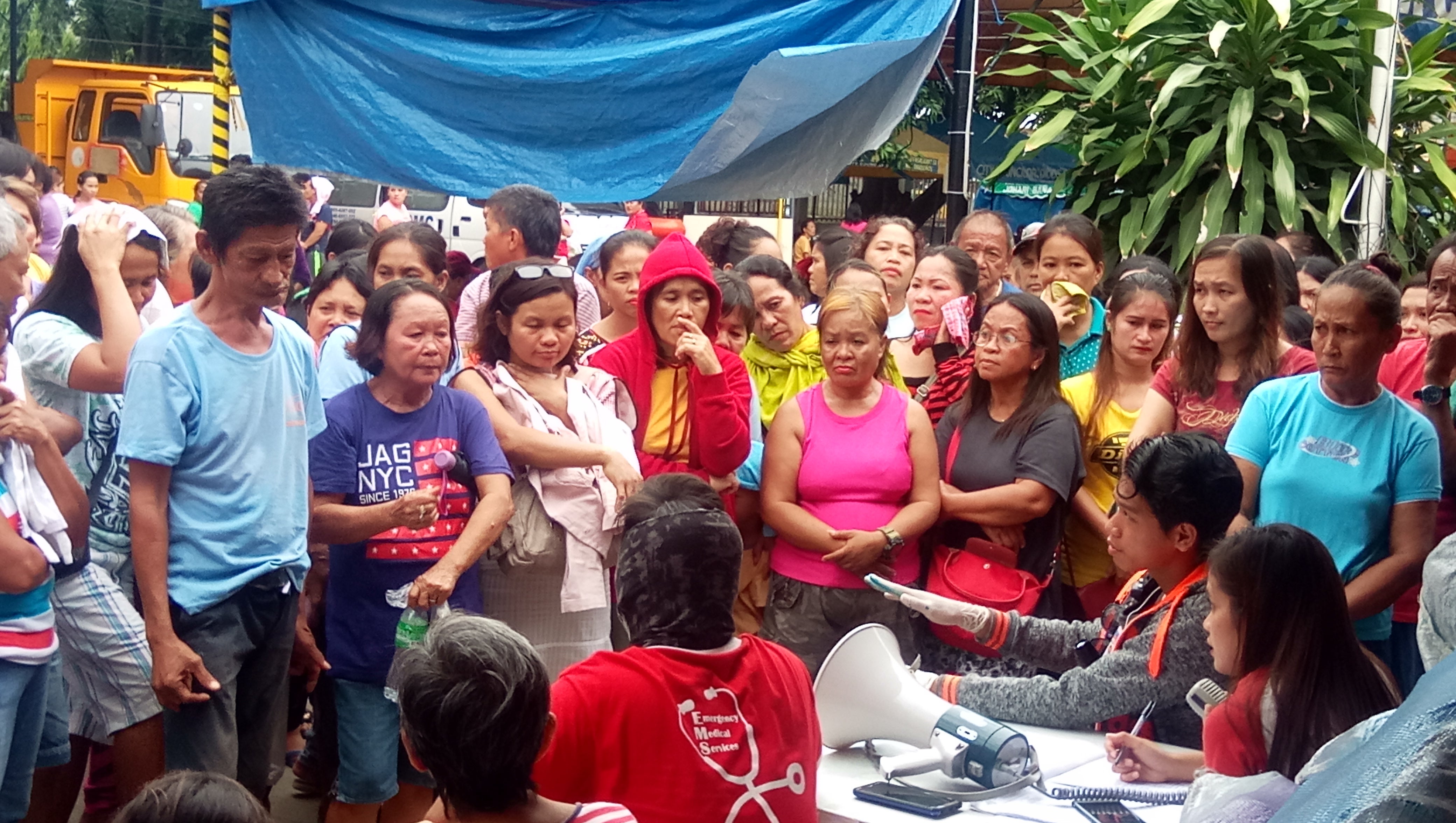 DISPLACED BY QUAKES Residents of Digos City, Davao del Sur province, displaced by last year’s series of earthquakes wait for their names to be called during food distribution on Thursday. A “sleep-deprived” President Duterte is unable to visit earthquake victims on Thursday, but will see them on Friday, according to Malacañang. —ELDIE AGUIRRE

But Panelo was quick to say that there was nothing to worry about the President’s health as it was just “ordinary” for any 74-year-old like Mr. Duterte to feel under the weather due to lack of sleep.In a last-minute advisory, Malacañang informed reporters that the President’s trip to Malalag and Padada towns in Davao del Sur on Thursday afternoon had been moved to Friday. It did not cite any reason for the change in schedule.

“The President may be resting (in his home in Davao City),” Panelo told reporters when asked why Mr. Duterte’s visit was canceled.

“Maybe he’s feeling ill. That’s just ordinary. I myself do not feel well also today. If you lack sleep, that’s just natural. But after that, tomorrow you will be OK,” he said.

Asked if there was anything serious about the septuagenarian leader’s health, Panelo said: “There’s none. It’s ordinary for a 74-year-old to feel ill.”

Mr. Duterte frequently drops out of public sight, fueling speculation about the real condition of his health.A former smoker and heavy drinker, Mr. Duterte had publicly admitted that he had Buerger’s disease and Barrett’s esophagus, and was suffering from migraines and a spine injury he sustained after a motorcycle accident several years ago.

He had also owned to taking sleeping pills and got nearly addicted to fentanyl, a powerful synthetic opioid said to be 50 times more potent than morphine and heroin.

In 2018, the President disclosed that he had tested negative for cancer.