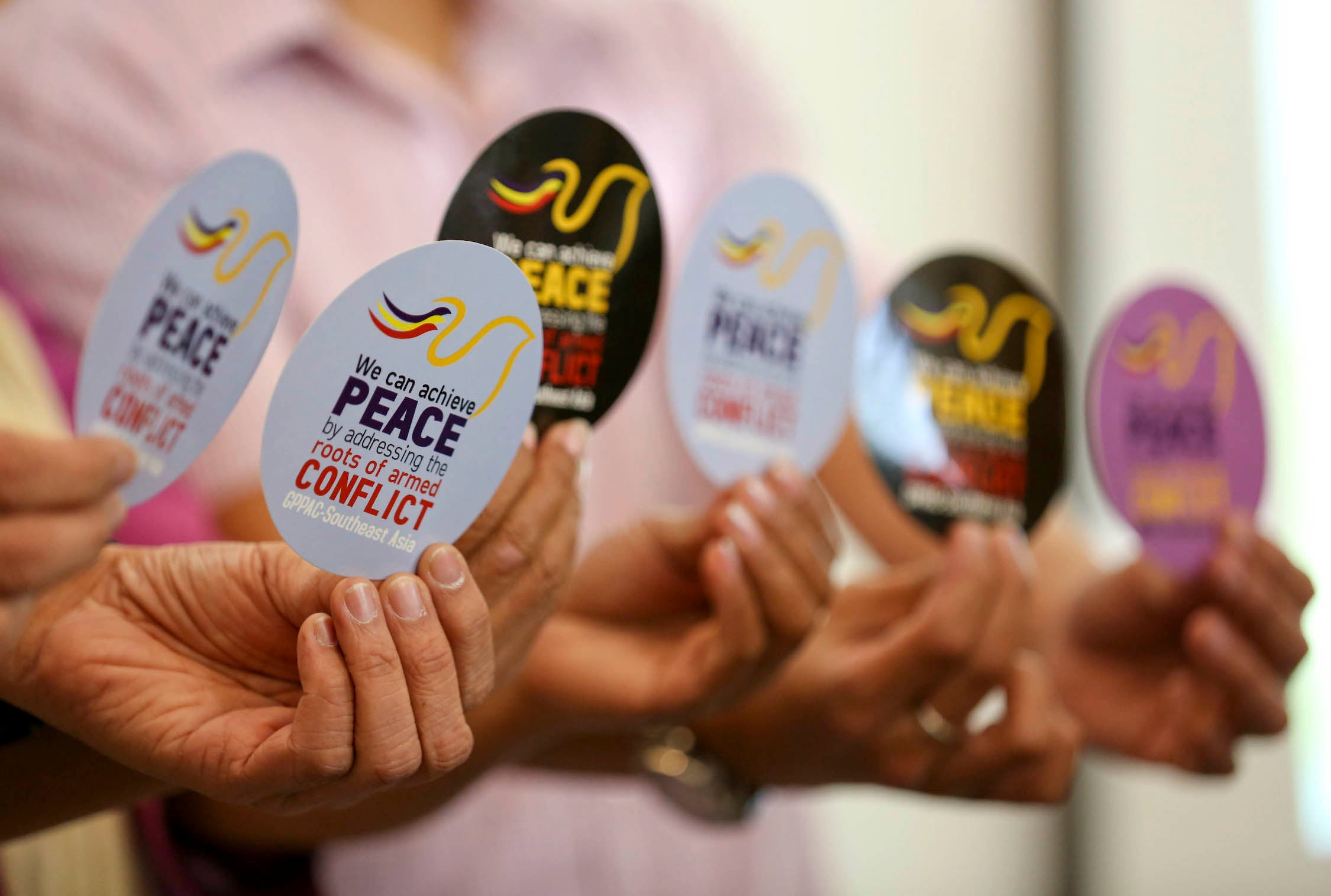 SMALLER DEMOCRATIC SPACE Civil society organizations (CSOs) in the Philippines, including groups advocating peace between the government and rebel groups, may have to work within a narrower democratic space following incidents of harassment and warrantless searches of many of their offices in the wake of the Duterte government’s continued crackdown on dissent, according to a report on CSO sustainability. —INQUIRER PHOTO

A new year has begun but the country’s civil society organizations (CSOs) are not exactly brimming over with optimism.

This is due to grim expectations that the democratic space where they can operate and help keep the government accountable for its actions will continue to shrink in 2020.

This pessimism stems from the recently published CSO Sustainability Index, which showed that incidents of harassment and warrantless searches of the offices of a number of CSOs in 2018 contributed to the continuing constriction of the country’s civic space.

The civic space for CSOs, which include people’s organizations, nongovernmental organizations (NGOs) and cooperatives, has been shrinking since 2016 “as the Duterte government continued its crackdown on dissent,” the report said.

“The President perceives human rights activists and CSOs as critics of his public pronouncements and policies, particularly the war on drugs, and the military and police have accused some activists and organizations of being ‘communists’ or ‘leftists,’” it said.

The report noted that state harassment of these organizations as well as human rights defenders, activists and lawyers representing marginalized groups increased in 2018. Extrajudicial killings likewise remained a grave concern.CSO advocacy also declined due to the “continuing verbal attacks by President Duterte against critics of his policies and the increasing challenge of lobbying for key policy reforms.”

“Moreover, extrajudicial killings of human rights lawyers, crackdowns on traditional and online media, and harassment of online critics of government policies have led to an increase in self-censorship and a reduction in the number of organized groups joining protests. The government’s attacks on media outlets and CSOs also led to decreased coverage of CSOs and a decline in the sector’s public image,” it said.

The preparation of the 2019 report is expected to start in February 2020 but the Caucus of Development NGO Networks (CODE-NGO), the country’s largest association of NGOs, already foresees that it will show an even further deterioration of the legal environment for the sustainability of CSOs.“There were new cases of harassment and warrantless searches by the police in the offices of some CSOs and even peace advocates and humanitarian NGOs were Red-tagged,” said CODE-NGO executive director Roselle Rasay.

Rasay said NGOs were subjected to burdensome new reporting requirements in 2018 and the impact on the funding for these groups will likely continue to be felt in 2020.

“Funding sources for CSOs constrict further, as the Philippines becomes an upper middle income country, and the DFA (Department of Foreign Affairs) required foreign donors to get clearance from the agency before releasing grants to local CSOs,” she added.

The latest CSO Sustainability Index showed that the scores of groups in the country’s civil society sector continued to decline drastically in terms of legal environment, advocacy and public image.

The index was developed by the US Agency for International Development which relied on a panel of experts—practitioners and researchers—to assess and rate seven interrelated dimensions of CSO sustainability: legal environment, organizational capacity, financial viability, advocacy, service provision, infrastructure and public image.

The index is intended to be a source of information for local and international CSOs, governments, multilateral institutions, academics and other partners and stakeholders who want to better understand and monitor key aspects of the sustainability of the CSO sector.

Countries are rated from one (most enhanced level of sustainability) to seven (most impeded).

The preparation of the reports is managed globally by FHI 360, which in turn commissioned CODE-NGO to prepare the Philippine report.

But despite the Philippines’ continuing decline in the scores in some dimensions, the country still had the highest level of CSO sustainability compared to the eight other Asian countries covered by the study—Bangladesh, Myanmar, Cambodia, Indonesia, Nepal, Pakistan, Sri Lanka and Thailand.