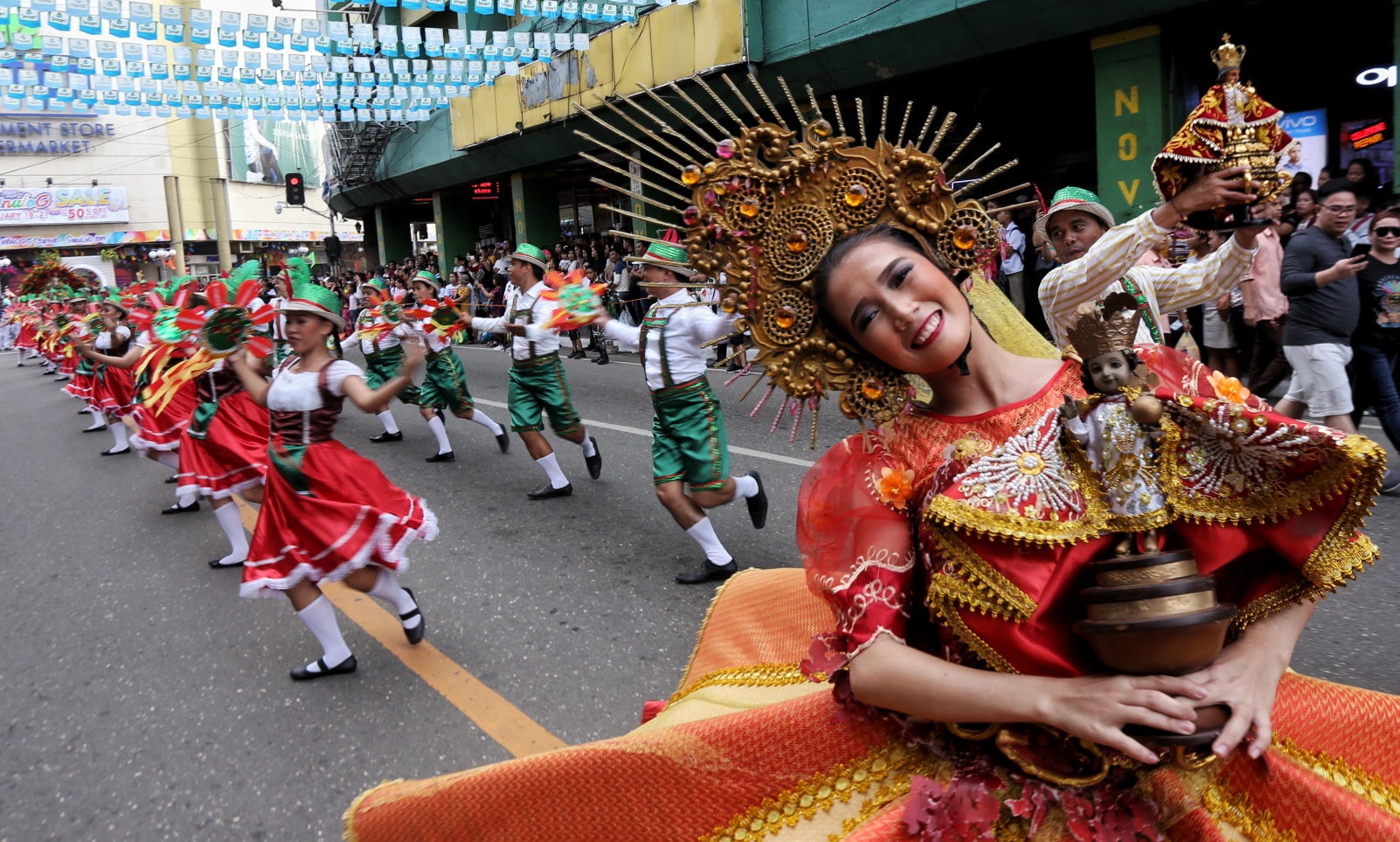 SINULOG OPENING Representatives of some school universities in Cebu City, Mandaue and Lapu Lapu City join the Sinulog dance parade during the launching of the Sinulog activities. PHOTO BY JUNJIE MENDOZA

CEBU CITY—The city government will allow the holding of street parties during the Sinulog grand parade this month, but Mayor Edgardo Labella said the merrymaking must be strictly regulated.

The city government, he said, is closely coordinating with the Philippine National Police for the guidelines to ensure that street parties will be safe, comfortable and orderly despite the festive atmosphere.

The Sinulog governing board earlier announced plans to allow street parties after the Sinulog grand parade. The city government is also organizing a street party for the public.

Labella said it would be good for private establishments in the city to also host street parties to spread the crowd away from the 6-kilometer Sinulog parade route.The mayor wanted the liquor ban to stay while guidelines on the conduct of street parties would have to be reviewed to ensure regulation.

Establishments hosting street parties, he said, should also provide their own security personnel.

Labella said he did not want the presence of drunk people close to the Sinulog route because they could become security risks.In 2017, then Mayor Tomas Osmeña banned alcoholic drinks and street parties anywhere near the festival’s procession and parade routes.

Osmeña’s order aimed to avoid a repeat of the previous years’ alcohol-soaked parties, with drunk people sleeping in the streets.

The Sinulog Festival, which is rooted in the Catholic feast held every third Sunday of January to honor Señor Sto. Niño de Cebu, has been drawing thousands of pilgrims and devotees to the city. Thousands of residents and tourists flock to the streets of Cebu City during the festival’s final day to witness and be part of the colorful grand parade featuring dancing contingents and colorful floats. —NESTLE SEMILLA