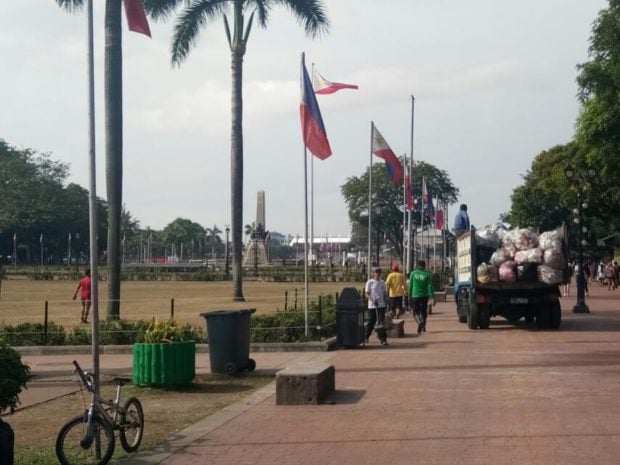 MANILA, Philippines — With trash left by New Year’s eve revelers properly thrown in their proper bins, Rizal Park in Manila was a much cleaner surrounding just hours after the celebration of New Year, thanks to a stricter anti-littering measures being implemented vey the Manila City government.

Photos from the Department of Environment and Natural Resources (DENR) showed that piles of garbage that filled what was once a trash-filled Rizal Park were already collected on Thursday.

Antiporda was referring to the Tapat Ko, Linis Ko ordinance of Manila that was being implemented in the park.

He also noted that policemen are deployed in Rizal Park to apprehend possible violators of the ordinance, signed in October 2019. 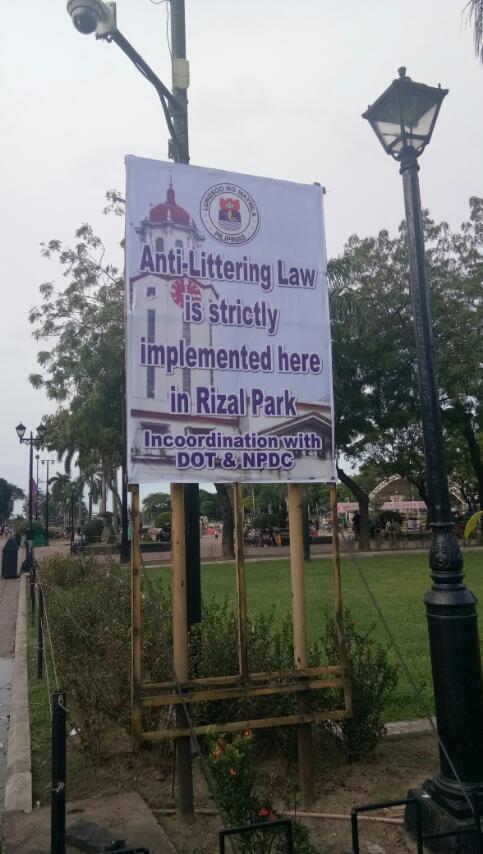 An anti-littering law sign was stationed at the Rizal Park in Manila during the New Year celebration. /DENR

Under the ordinance, those who will violate the anti-littering law on the first offense will face a warning from the local government.

Violators will pay a fine ranging from P500 to P5,000 or imprisonment of up to 30 days on their second and succeeding offenses.

Previously, environmental group EcoWaste Coalition slammed the continued littering of trash at the park during the New Year revelry.