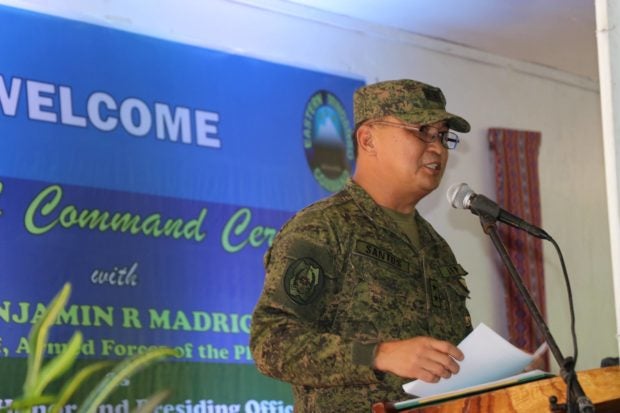 Santos, a member of the Philippine Military Academy “Sinagtala” Class of 1986, will replace Gen. Noel Clement.

Sen. Christopher “Bong” Go said Duterte would lead the turnover on Saturday, January 4, at Camp Aguinaldo in Quezon City, day before Clement is set to retire after he reached the mandatory retirement age of 56. 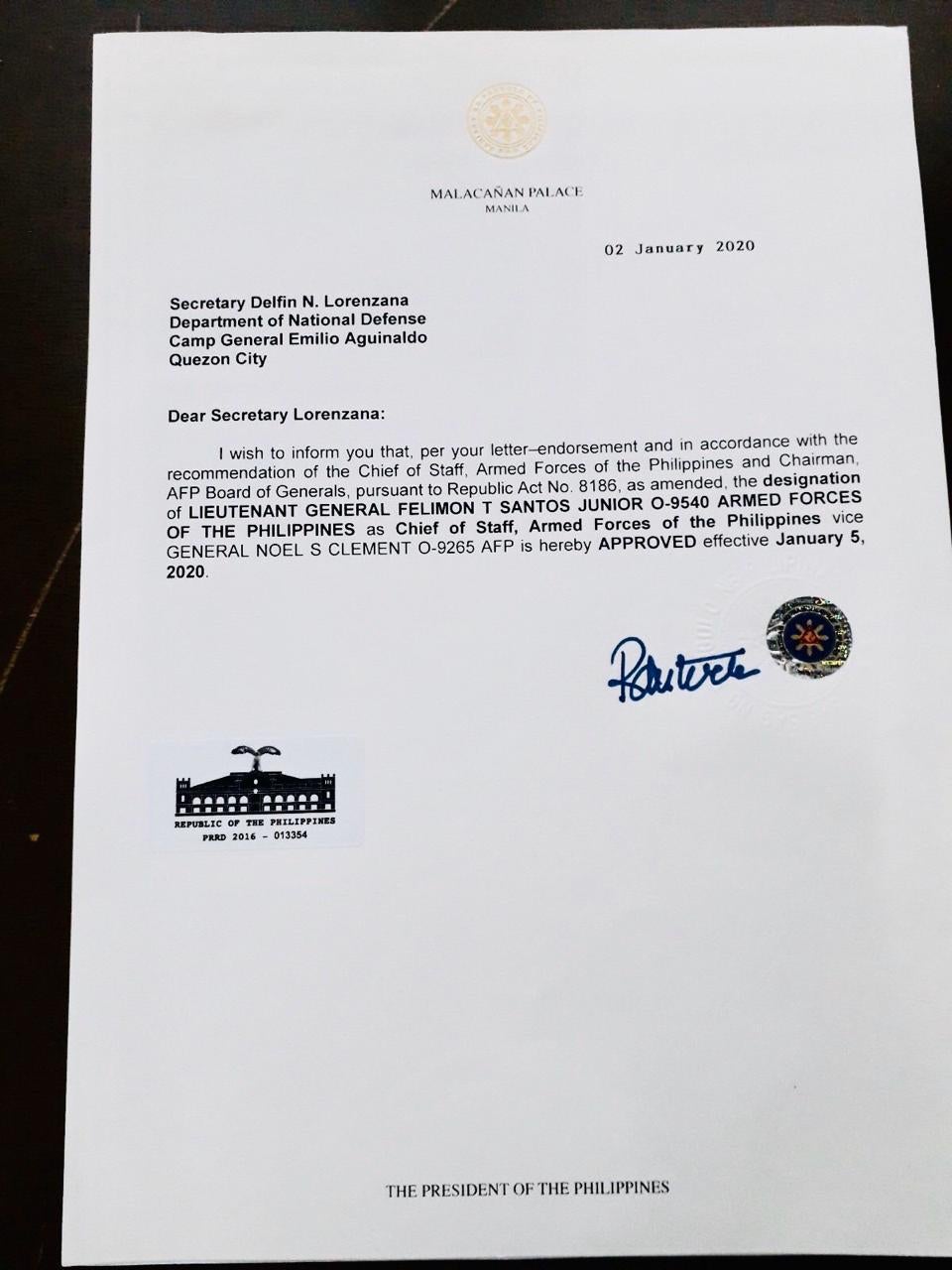