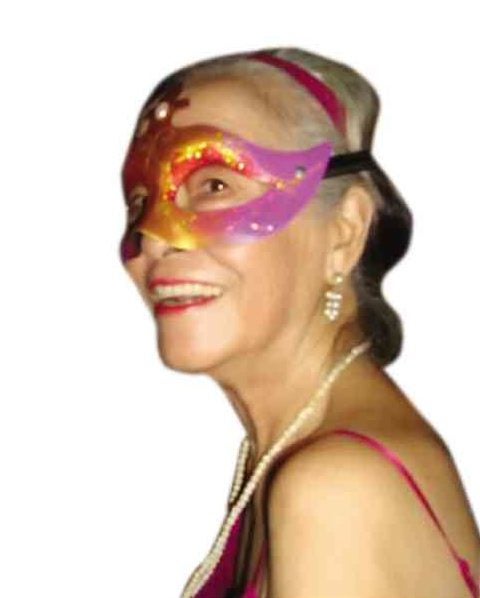 Sylvia is survived by her only son Aya Yuson, two sisters and two brothers.

Mayuga had been unwell in the past year because of a heart condition and was recently diagnosed to have the beginnings of lung cancer.

A writer of note, Mayuga wrote occasional pieces for the Inquirer in the past few years. She edited books on culture and history and, as she described herself, was “a busy activist on Facebook.”

She had planned to write a book on contemporary Philippine electoral history.

Mayuga remembers first scribbling a script for a cartoon strip when she was 8 years old.

Of the succeeding years, she wrote: “This native Manilan’s gift for the written word matured into a professional writer’s reflective essays, documentary scripts, lectures and occasional poems. Consistently, she wove biography and autobiography with threads of the larger histories of her country and the world, revealing a visionary strain as she wanders ‘Between the Centuries’ (the title of her last book of essays).”

In her introduction, writer and professor Cristina Pantoja-Hidalgo described the book as Mayuga’s “act of faith,” “a love song to her country.”

Her other two books of essays “Spy in My Own Country” and “Earth, Fire and Air” and “Huling Ptyk: Da Art of Nonoy Marcelo” won National Book Awards.

Mayuga had the continuing hope that through her writings, the Filipino may “come to know who he/she really is” and might become.

In one of her Inquirer pieces, she mused: “Out there, playwrights dance, painters sing, singers dance, everyone serving the whole in the awakening of children relearning what a whole race needs to encounter.”In the premartial law years, Mayuga belonged to a bohemian group of writers, poets, artists and free spirits that called themselves Los Indios Bravos. She joined the newly formed Women, composed mostly of feisty women writers, in the 1980s.

Award-winning journalist Sheila S. Coronel’s blurb in Mayuga’s last book reads: “Reading Sylvia Mayuga is like taking a dive into the unknown. Be prepared for surprises. She leads us to a magical world where politics and poetry, science and mysticism, art and logic, numerology and ecology mix and collide. The result is dazzling. And only Sylvia Mayuga can pull it off.”

Mayuga studied at St. Scholastica’s College and St. Theresa’s College in Manila. She had a master’s degree in comparative journalism from Columbia University in New York, a degree she said she found useless under Ferdinand Marcos’ dictatorial rule.

Remembering those years, Mayuga said: “I launched a protest silence for 10 years until (martial law’s) ‘paper lifting’ in 1981. The two years I spent as a columnist in the Bulletin Today ended when I and three other independent columnists were fired on Marcos’ orders.”

Some of Mayuga’s banned pieces of that era are in the book “Press Freedom Under Siege: Reportage that Challenged the Marcos Dictatorship” (University of the Philippines Press, 2019), edited by Ma. Ceres P. Doyo.

The wake for Mayuga began on Wednesday at the Funeraria Paz at the Manila Memorial Park in Sucat, Parañaque City. Cremation is scheduled for Jan. 5.