Trump says he does not expect war with Iran 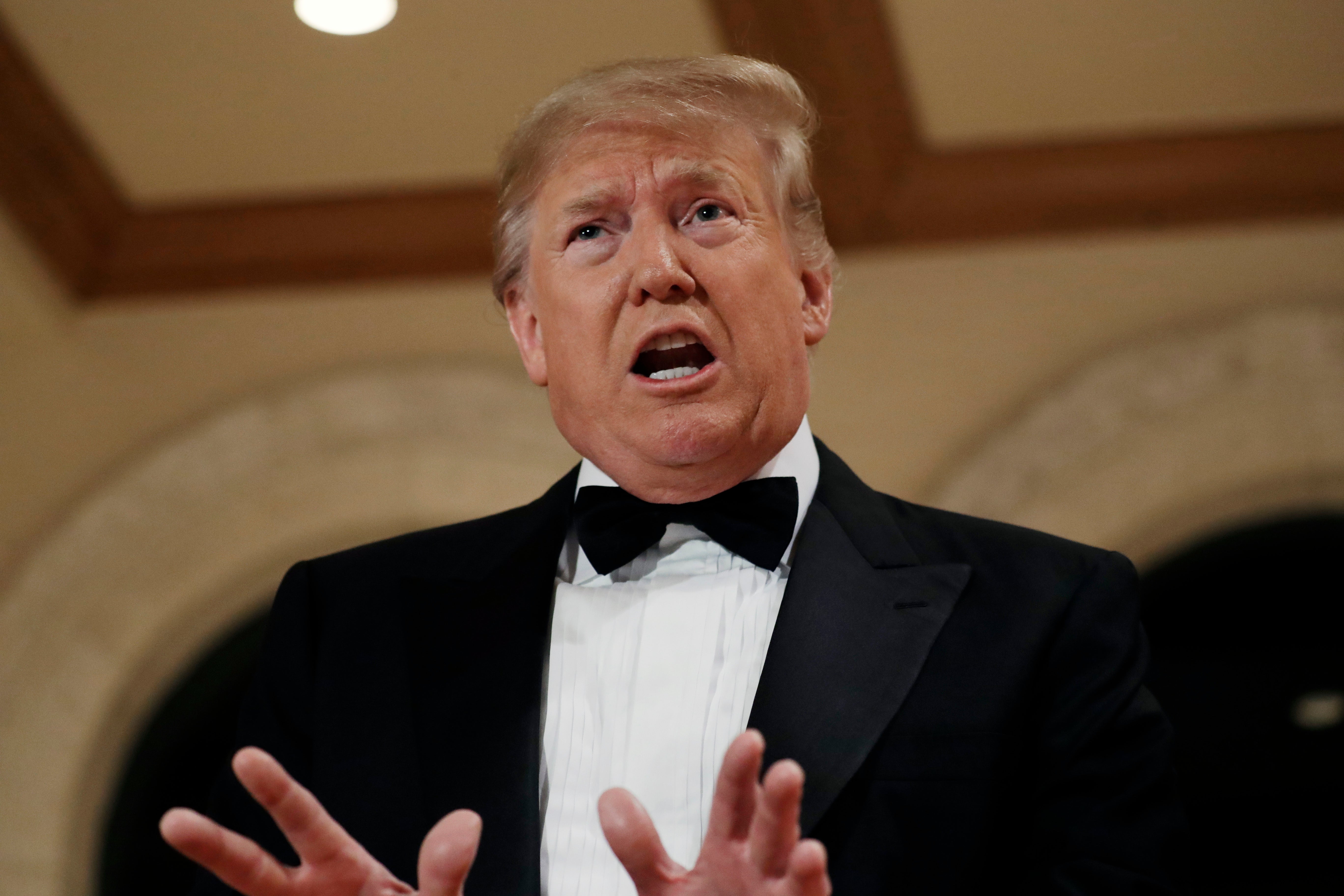 President Donald Trump speaks to the media about the situation at the U.S. embassy in Baghdad, from his Mar-a-Lago property, Tuesday, Dec. 31, 2019, in Palm Beach, Fla. (AP Photo/ Evan Vucci)

PALM BEACH, United States – U.S. President Donald Trump on Tuesday said he does not foresee a war with Tehran after pro-Iranian demonstrators stormed the U.S. embassy in Iraq.

“I don’t see that happening,” Trump said at his holiday retreat in Florida when a reporter asked about the possibility of war with the Islamic republic.

“I like peace,” the president said before heading into New Year’s celebrations.

The president spoke after Defense Secretary Mark Esper said that around 750 troops from a rapid response unit of the 82nd Airborne Division are prepared to deploy over the next several days to the Middle East.

The U.S. had already flown a rapid response team of Marines into Baghdad to reinforce its embassy after the attack Tuesday, which left smoke and flames rising from the compound’s entrance and further heightened tension between Tehran and Washington.

U.S. officials said there were no plans to evacuate the mission, and no U.S. personnel were reported injured.

The U.S. reinforcements “got in there very quickly,” Trump said.

He added that “this will not be a Benghazi,” a reference to an attack in 2012 by radical Islamists on the U.S. consulate in Benghazi, Libya. Four Americans were killed inside the smoke-clogged building including the ambassador, Chris Stevens.