US sends hundreds of new troops to Kuwait after Baghdad unrest: US official 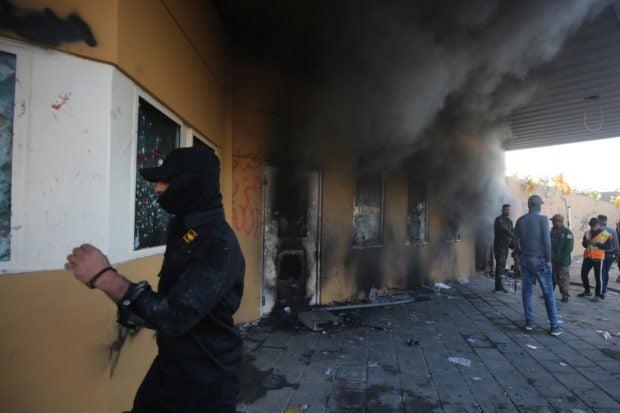 Smoke billows from the entrance of the US embassy in the Iraqi capital Baghdad, on December 31, 2019, after supporters and members of the Hashed al-Shaabi military network tried to break into the building, during a rally to vent anger over weekend air strikes that killed pro-Iran fighters in western Iraq. AFP

BAGHDAD, Iraq —  The US has deployed hundreds of troops to Kuwait after an attack on the American embassy in Baghdad, an American official said Wednesday, telling AFP they would likely be sent to neighbouring Iraq.

“At least 500 members of the US Army’s 82nd Airborne Division have left Fort Bragg in the US, and up to 4,000 may ultimately be deployed,” the official said.