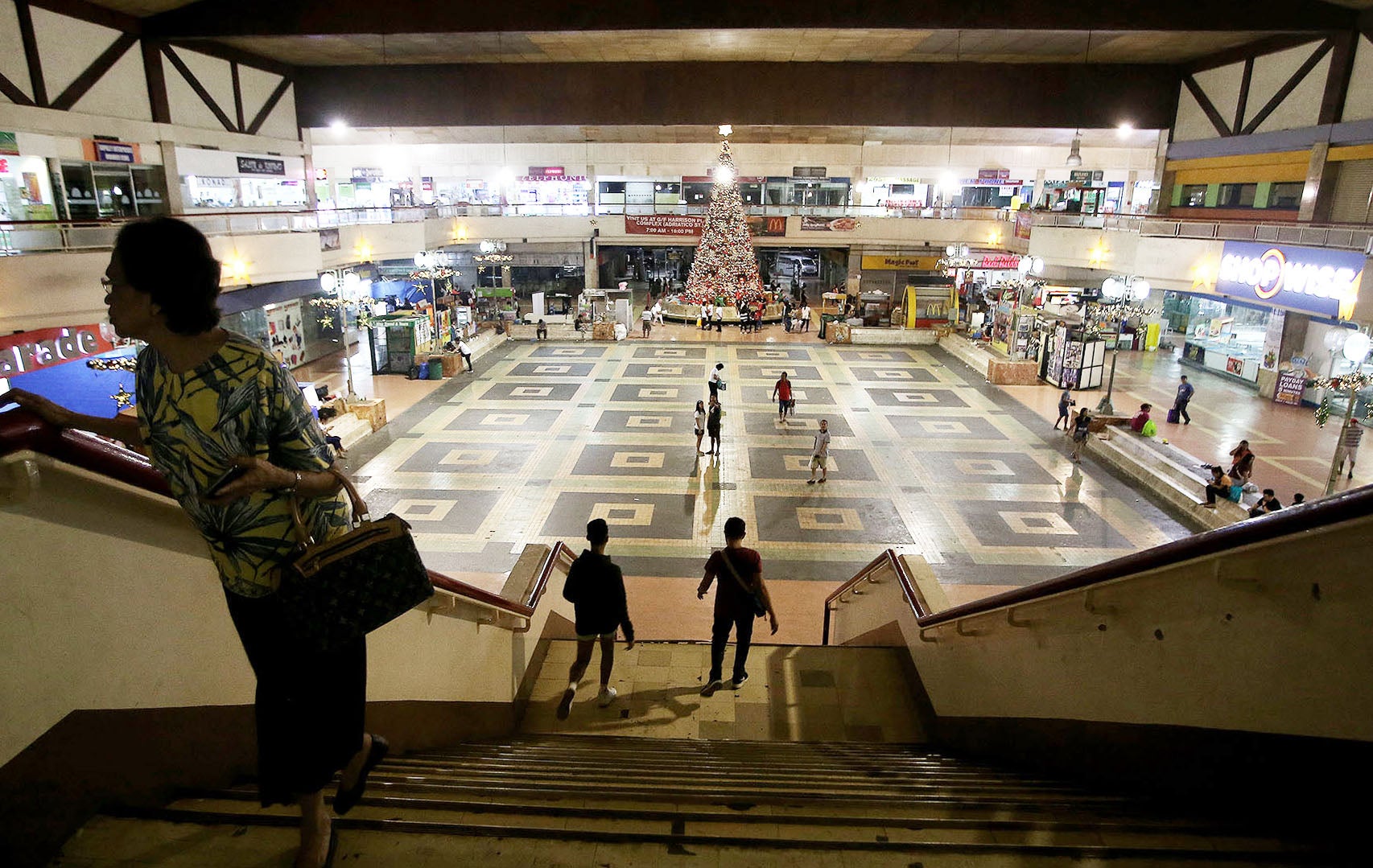 LIGHTS OFF If not for the towering Christmas tree in the hallway, Harrison Plaza looks forlorn in and out, a complete turnaround from its storied past as one of the country’s first modern shopping centers. But the good memories linger. –RICHARD A. REYES

As the year 2019 drew to a close, so did the operations of one of the oldest shopping malls in Manila—Harrison Plaza.

SM Prime Holdings had earlier forged a deal to buy out the Martel family from its contract with the Manila government to develop and manage the complex.

The property giant said that a “massive project”–like a shopping center with a condominium–would rise on the 75,000-square-meter prime real estate along P. Ocampo Street.

SM Prime, a long-time tenant in the mall since its opening in the ‘70s, said in 2018 that it was investing at least P40 billion in the redevelopment of the old shopping complex.

“The site will be transformed into a mixed-use development comprising several residential towers and a world class mall, similar to the Podium. The plans are currently in the design stage undertaken by renowned international architectural firms,” the SM Group said in a statement on Tuesday. 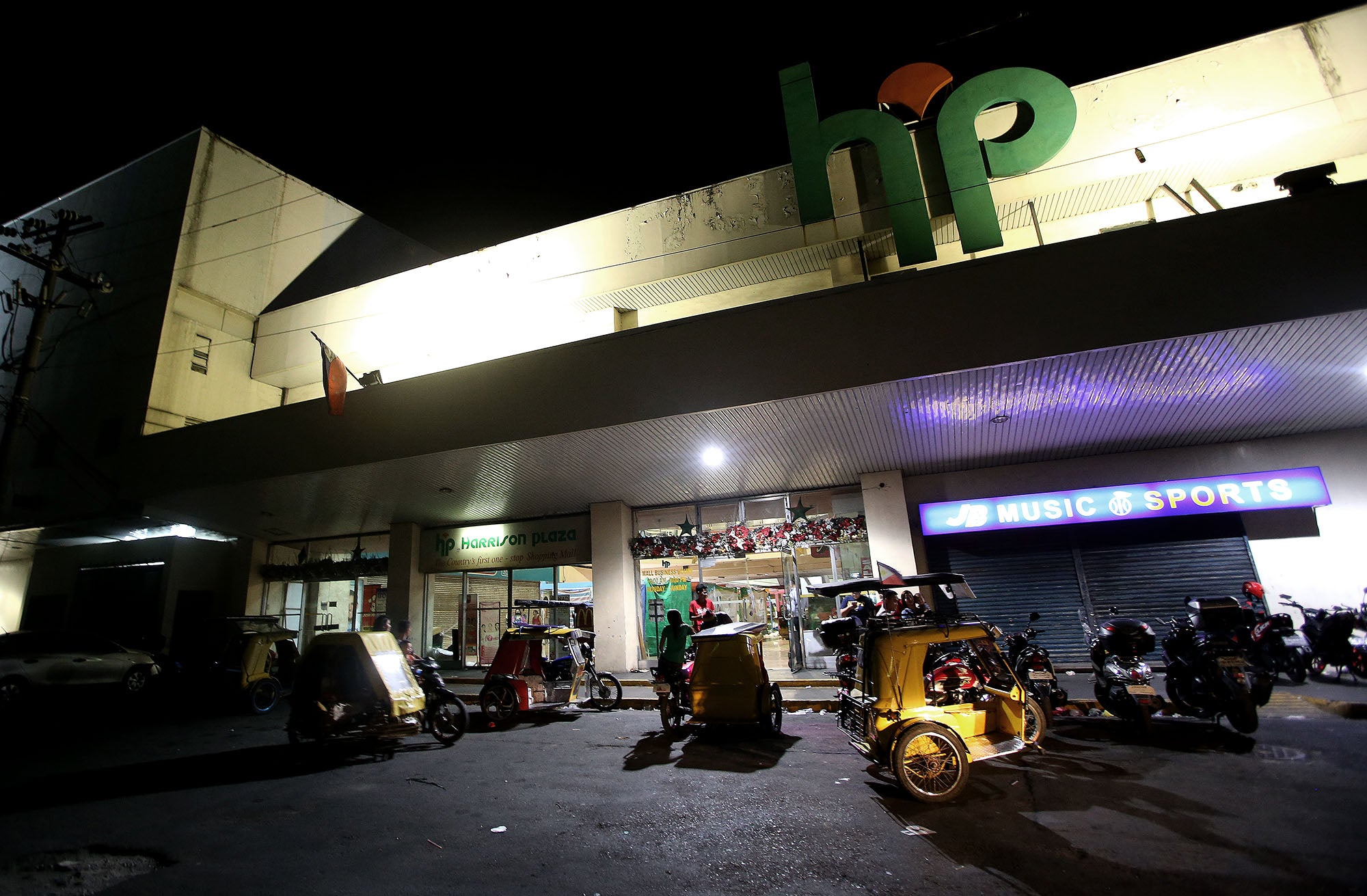 HARRISON PLAZA LAST OPERATION  The Harrison Plaza, one of the country’s first mall, at Malate in Manila will stop cease operation after 43 years. It was first opened on 1976. INQUIRER PHOTO/RICHARD A. REYES

Artist Freddie Luna Cruz, who has been a tenant since the mall opened in 1976, recalled Harrison Plaza’s heyday.

“Everything started here. It was like a mini city,” he said from his rented stall decorated with portraits of sportsmen, pop culture icons, tycoons and politicians.

Cruz witnessed the mall’s highs and lows. He was there when it was razed by fire in the ‘80s, when it was renovated, up until the very last day of mall operations.

There was even a time when there were nine artists-tenants in Harrison Plaza, he said. Cruz’s stall outlasted the shops.

“Back in the days when Harrison Plaza did not have competition, you can barely walk in this place! Maybe the mall was not able to keep up because of the newer establishments. People like to visit new malls all the time,” said Cruz, who was also the president of the mall’s tenants association.

On Tuesday, plastic litter were scattered outside the mall’s entrance on Mabini Street. Bleak interiors

Despite a towering Christmas tree in the middle of the mall, the interiors were bleak. A number of tenants, including a fast food chain, have already moved out of their spaces.

The design of the building’s ceilings and tiles showed its age. Speakers blasting the 1986 song “Shake Body Dancer” compounded the mall’s feeling of datedness.

Before De Joya bought Byron’s custom tailoring—which has been with the mall from the beginning—he used to frequent this mall.

It was only seven months ago that he bought the tailoring shop from a friend. Business was good from July to August, he said. But since the announcement of the impending closure of Harrison Plaza, De Joya said that foot traffic dipped and business was slow.

De Joya said that even on the last day of its operations, tenants were kept in the dark of the sale.

“There were no clear-cut instructions. There was no proper dissemination,” De Joya told the Inquirer in an interview.

In a memorandum issued on Nov. 14 by mall manager Erik Martel, tenants were given until Jan. 31, 2020, to vacate their spaces.

De Joya also noted that the past few months, the mall was neglected because the escalators were not working and the surroundings were littered with garbage.

Though they were saddened by the closure of Harrison Plaza, Cruz and De Joya will be moving to new spaces.

At age 67, Cruz said that he’s a workaholic who still wants to continue making art.

“Retirement is to die,” he said.