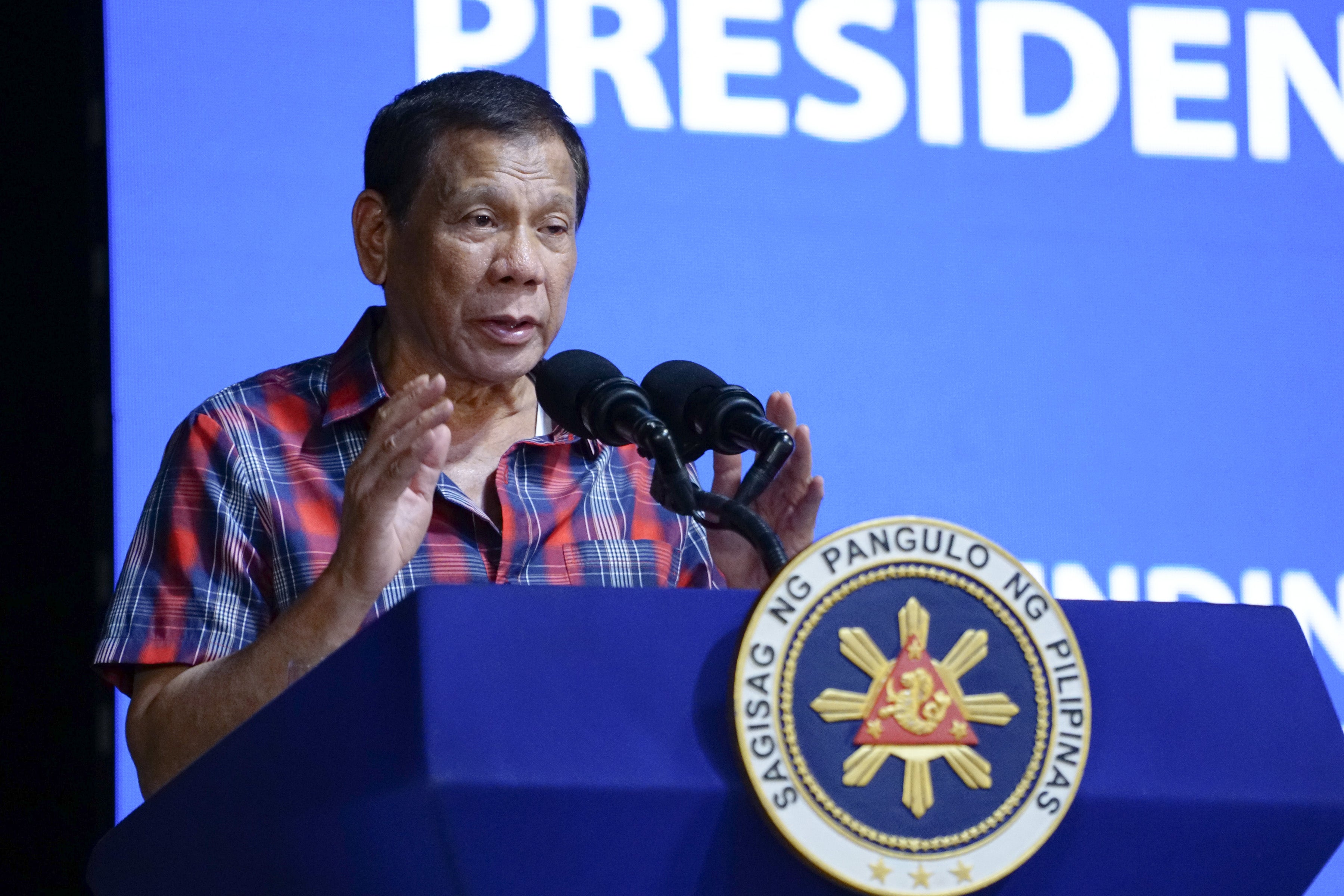 DIGOS CITY—President Rodrigo Duterte has turned over P10 million in check to officials of Davao del Sur as aid to the quake-stricken province, promising to hasten rebuilding of homes and the return of normalcy for displaced residents.

The governor said the P10 million could help the province acquire sites for new communities and rebuild homes destroyed by the series of quakes that shook Davao del Sur last October and December.

Cagas said the P10 million was a “hefty sum that could help the victims.”

The governor asked Duterte for permission to use the funds to buy land and rebuild houses for the poorest in the province which the governor estimated now number to more than 1,000.

Duterte had expressed concern over the huge number of families displaced by the series of quakes which had reached 80,000 already. The President visited the quake-stricken areas last Monday.

“It pains me to hear that more than 80,000 families were devastated by the recent earthquakes,” Duterte told a crowd at CJC, where he spent his high school days.

The President vowed to return to the towns of Malalag and Padada after New Year to follow up on and speed up the rehab of these areas which were worst hit by the 6.9 magnitude quake that struck last Dec. 15.

“I give marching orders to hasten the repair and rehabilitation efforts so that we may have helped those affected resume normal lives and bring renewed hope in the coming year,” Duterte said.

He said the National Housing Authority has started building homes in one relocation site in the town of Magsaysay, Davao del Sur.

Duterte said he was also thinking about bringing housing projects to Malalag and Padada.