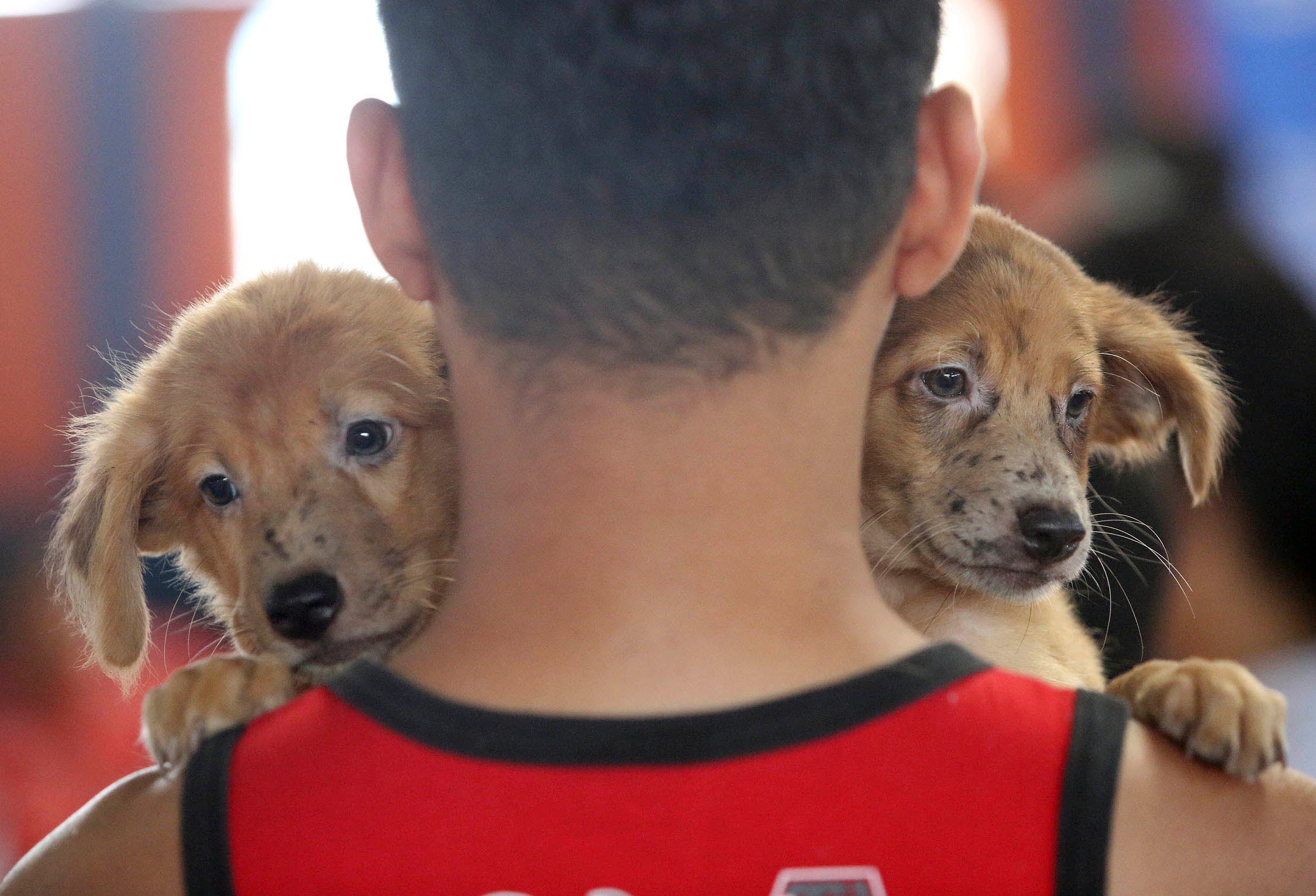 APPEAL TO HUMANS As their owners delight in setting off firecrackers to welcome the New Year, pets are not just suffering in silence amid the stressful noise but are also exposed to toxic fumes and possible poisoning, according animal welfare and environmental advocates. —MARIANNE BERMUDEZ

This New Year’s Eve, merrymakers should shun firecrackers and fireworks to make the festivities fun and safe for pets and even stray animals, an animal welfare group said.

In a joint statement with environment and health watchdog EcoWaste Coalition, the Philippine Animal Welfare Society (PAWS) urged the public to make the celebrations less stressful for cats and dogs, which are often terrified and threatened by the noisy festivities.

“With no safe space to go, the ‘asong Pinoys’ and ‘pusang Pinoys’ on the streets are more scared and traumatized when firecrackers are directly thrown at them by uncaring individuals who derive pleasure in seeing them run away in fear,” Cabrera added.

Animal experts have noted that many animals feel pain from loud sounds that are otherwise tolerable for humans. The harmless bang of firecrackers known as ‘’five-star’’ or ‘’bawang,” for example, is equivalent to the explosion of a small bomb or hand grenade to dogs.

The accidental ingestion of fragments and residues of firecrackers, he said, can also poison pets.

To help keep pets safe, EcoWaste and PAWS said the animals may be taken out for exercise and other physical activities in the morning, so that they would be tired by nighttime and already asleep when the New Year’s revelry begins.

Pets should also be kept inside—but not chained or tied—during firecracker explosions or fireworks displays, and should have access to drinking water. Pet owners should also ensure that their animals would not escape or go outside during the festivities.

Calming wraps or anxiety vests may also be placed on them to make them feel more protected and secure during the loud celebrations.

Stray cats and dogs should not be driven away during the merrymaking, the groups said. These animals could be welcomed at least for a night to keep them safe during the ringing in of the new year.

EcoWaste also appealed to the public to avoid releasing balloons and sky lanterns at the stroke of midnight.

Both may end up as marine litter, while the lanterns may cause structural fires and wildfires when these land while the flame is still burning. —REPORTS FROM JHESSET O. ENANO AND INQUIRER RESEARCH