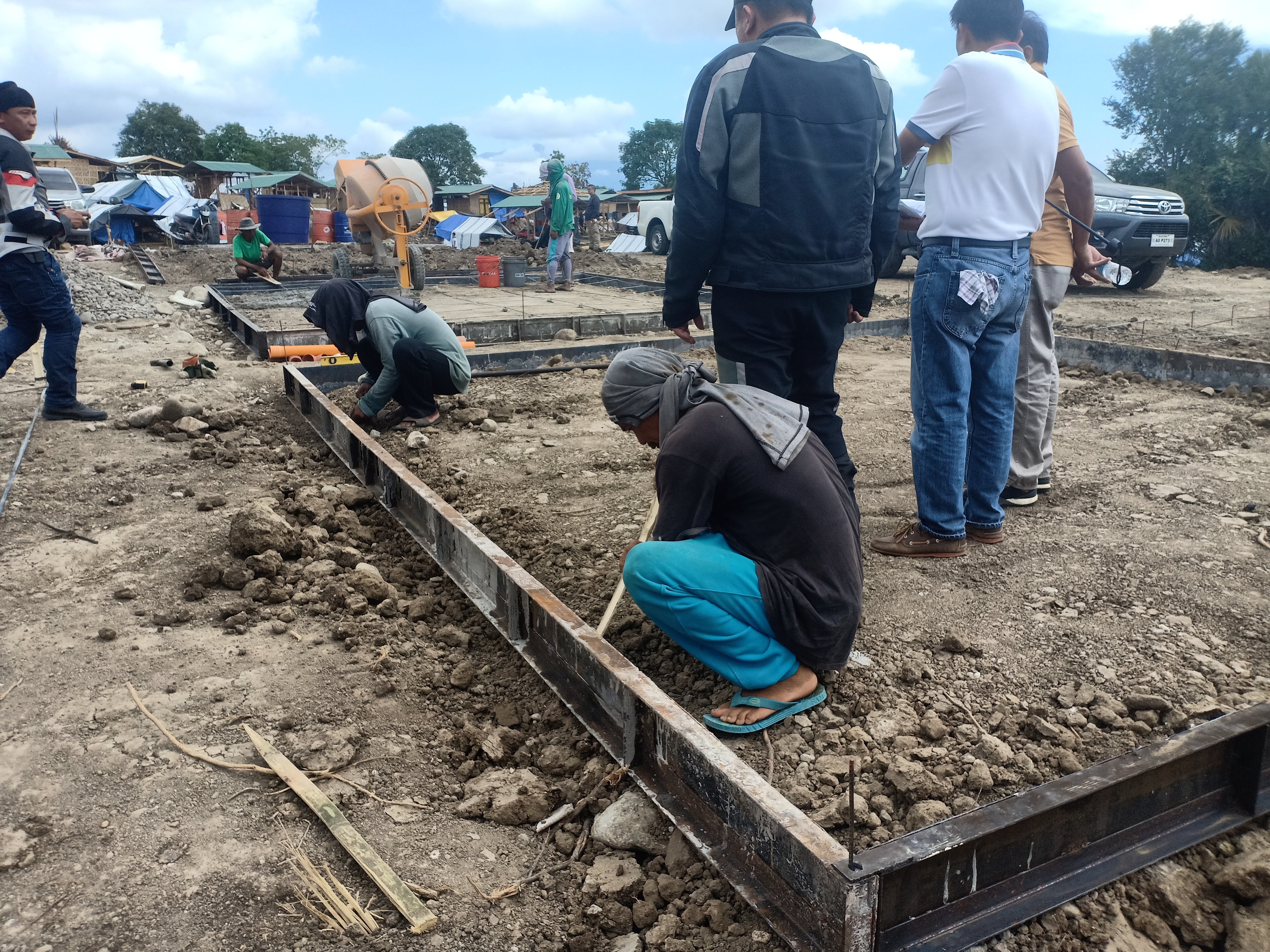 HOMELESS NO MORE The National Housing Authority has started building houses for residents who were rendered homeless in Magsaysay town, Davao del Sur province, when a 6.9-magnitude earthquake struck the province on Dec. 15. —PHOTO BY ORLANDO DINOY

Mayor Arthur Davin said the 2.5-hectare land at Barangay Malawanit where the houses would be built was purchased for the local government by the party list Dumper PTDA (Philippines Taxi Drivers Association), through Rep. Claudine Diana Bautista.

At least 71 prefabricated hou­ses would be put up in the area for families whose homes were destroyed and whose communities were declared unsafe because of ground cracks and landslides.

A total of 117 families in Ma­lawanit alone had been displaced by the temblors. Some of the evacuees already built their hou­ses through the financial assistance given by nongovernmental organizations and other groups. 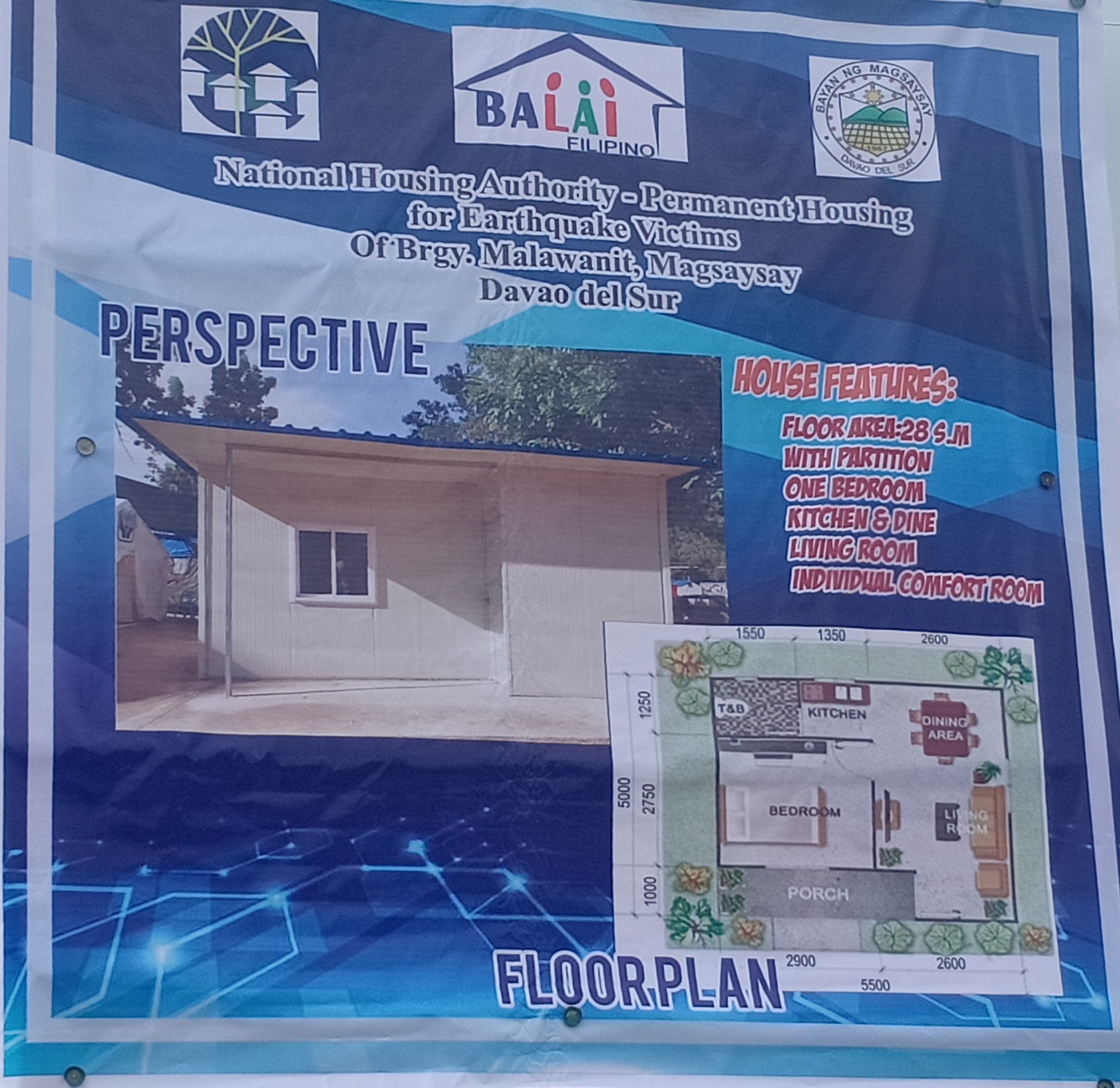 Escalada said the NHA would build a 25-square-meter house with a septic tank and energy panel for each beneficiary. He assured that the hou­ses, worth P260,000 each, would be completed in three to four months.

Magsaysay is one of the hardest hit towns in Davao del Sur from the powerful quakes that struck central Mindanao in October.

Davin said the local go­vernment was targeting to put up 15 relocation sites to accommodate the 1,662 families displaced by the quakes. The pro­perty where two of these sites would be built would be bought next month, he said.

Escalada said the NHA would start building houses for other displaced families in the province within the first quarter of 2020 as they started inspecting proposed sites.

He said these sites should be issued clearances by the Philippine Institute of Volcanology and Seismology and the Mines and Geosciences Bureau, indicating these were free from hazards.

Under the program, local go­vernments will have to acquire the land for the relocation site while the NHA will build the houses.

Teves said some towns, such as Hagonoy, were seeking assistance from the national government to purchase land.

Apart from Magsaysay, the towns of Padada, Hagonoy, Kiblawan, Matanao and Bansalan are in need of relocation sites.

The number of evacuees in Davao del Sur rose following a 6.9-magnitude temblor that hit the province on Dec. 15.