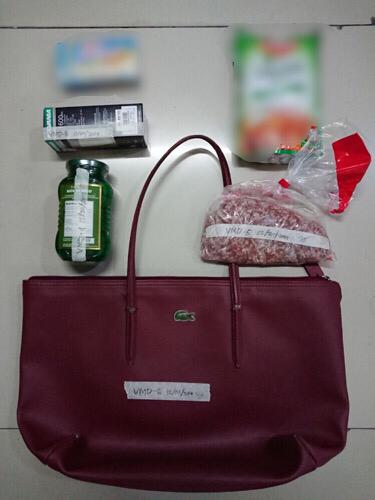 MANILA, Philippines — A 42-year-old woman was arrested in Marikina City for allegedly stealing from a community grocery store more than P500 worth of goods that she allegedly intended to serve for her “media noche.”

In a report from Marikina police on Monday, the suspect, whose name was withheld for her security, went to buy items at the establishment along Bayan-Bayanan Avenue just a day before New Year’s media noche, a Spanish term for New Year midnight meal.

The suspect took P585.34 worth of grocery items including bulb; Italian Spicy Sauce; Nata de Coco; cheese; and 0.13 grams of ground pork and placed it inside her shoulder bag. She reportedly went out of the store without paying for the items.

A security guard on duty cornered her to check her shoulder bag. The suspect failed to show the receipt after the security guard asked for it, prompting the latter to arrest the suspect.

Police Master Sergeant Eric Forsal, investigator on the case, told INQUIRER.net that it was possible that the suspect stole the items for her New Year celebration. He added that the suspect was not interviewed after the incident.

The suspect is detained at Marikina police station while appropriate charges are being readied against her.