Woman abandons bag with lifeless baby inside jeepney in Mandaluyong 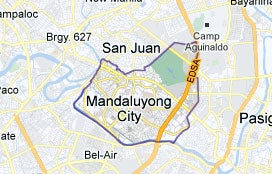 MANILA, Philippines — A male infant never got the chance to greet a brand new year as he was found dead inside a paper bag abandoned by a woman inside a passenger jeepney in Mandaluyong City.

At 12 midnight on Monday, police said an unidentified woman left a paper bag inside a jeepney traversing along Barangay Hagdan Bato Libis in Mandaluyong.

After the woman alighted from the jeep, other passengers noticed that she left the bag prompting the witnesses to seek the assistance of authorities to check the contents of the suspicious package.

Upon looking, members of the Marikina police discovered the dead infant, believed to be aged between three to six months.

The body was later turned over to the Gospel Funeral along Boni Avenue.