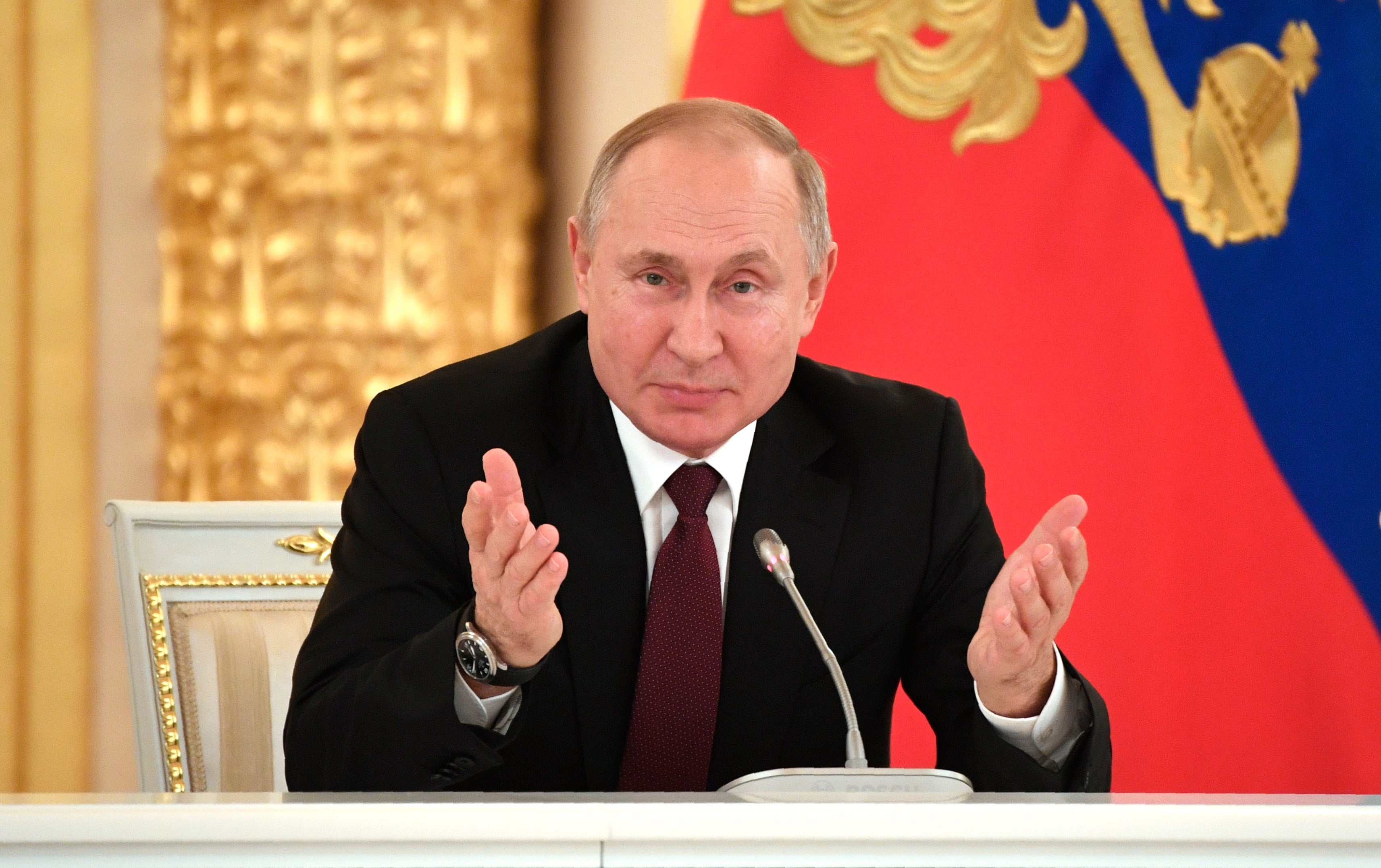 Russian President Vladimir Putin gestures during his meeting with the business community at the Kremlin in Moscow, on December 25, 2019. (Photo by Alexander NEMENOV / AFP)

Poland’s foreign ministry had already summoned the Russian ambassador in protest on Friday, recalling that the war began with a Soviet-German alliance and that Poland lost around six million citizens in the conflict.

“President Putin has lied about Poland on numerous occasions, and he has always done it deliberately,” Morawiecki said in a statement.

As examples, Morawiecki mentioned that the European Union had prolonged sanctions against Russia over its annexation of Crimea, Russian athletes were suspended for four years for doping and Russia “failed in its attempt to take complete control over Belarus.”

“I consider President Putin’s words as an attempt to cover up these problems. The Russian leader is well aware that his accusations have nothing to do with reality –- and that in Poland there are no monuments of Hitler or Stalin,” Morawiecki said.

“Such monuments stood here only when they were erected by the aggressors and perpetrators –- the Third Reich and Soviet Russia.”

Ahead of the German invasion of Poland on September 1, 1939, Germany and the Soviet Union agreed to carve up Eastern Europe between them in a secret clause of the infamous Molotov-Ribbentrop Pact.

The Soviets attacked Poland on September 17, 1939, and occupied part of its territory before Hitler launched a surprise attack against the USSR in 1941.

Earlier this month, Putin blamed the Western powers and Poland for World War II, pointing to various treaties signed with Nazi Germany before the conflict began in 1939.

He later also accused Poland of anti-Semitism, claiming a pre-war Polish ambassador promised to put up a statue of Nazi leader Adolf Hitler in Warsaw for his pledge to send Jews to Africa.

The row comes as bilateral tensions are running high, with NATO and EU member Poland fearing what has been described as Russian military adventurism and imperialist tendencies.