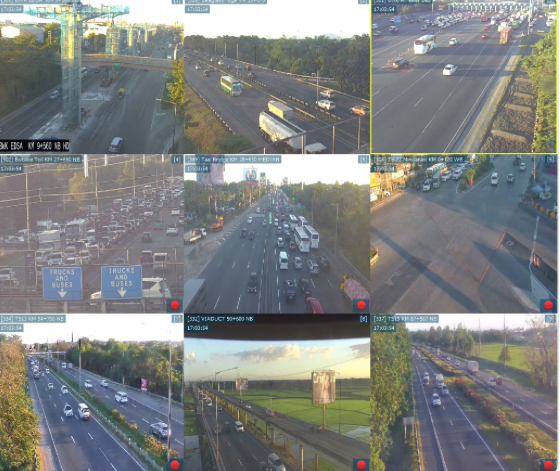 MANILA, Philippines – Vehicles are starting to queue at North Luzon Expressway (NLEx), especially along the northbound and southbound exits of Bocaue and the Bocaue Toll Plaza at the southbound lane Sunday.

According to a tweet from NLEx’s official account, traffic at the Bocaue toll plaza as of 5:03 p.m. is now slow moving, as well as those heading to Sta. Maria town using the separate Bocaue exits.

But traffic situations at the rest of the NLEx’s major entry and exit points remain light, including the Mindanao Avenue exit and the Balintawak toll plaza, although vehicle buildup at the Balintawak area is fairly common.

Motorists meanwhile can expect light to moderate traffic along the Candaba viaduct bridge, the longest bridge in the NLEx system.

On the southern side of Metro Manila, the South Luzon Expressway (SLEx) still enjoys light to moderate traffic, especially on both lanes of the Alabang Viaduct, Ayala toll plaza, and Calamba toll plaza.

However, the Toll Regulatory Board noted that buildup is also starting at the Skyway’s elevated main toll plaza.

The Cavite Expressway, meanwhile, said that traffic in the 14-kilometer stretch highway is generally light.

Read Next
Duterte to lead Rizal Day rites in Davao City
EDITORS' PICK
A gem of a residence in the new normal
Been there, done that but what’s the difference between MECQ and GCQ?
BREAKING: 3,226 latest COVID-19 cases bring PH’s total to 106,330
Water remains our saving grace right now
PNP: Checkpoints back in MECQ areas
Smart 5G goes live
MOST READ
MECQ guidelines in infographics
MECQ in NCR, other areas: Mass transportation suspended, quarantine pass required anew
Duterte heeds frontliners’ plea, reimposes MECQ in Metro Manila, other areas Aug. 4 -18
Doctors group to Duterte: ‘There was never a call for a revolt’
Don't miss out on the latest news and information.