Disaster, weather info in Japan to be available in 14 languages 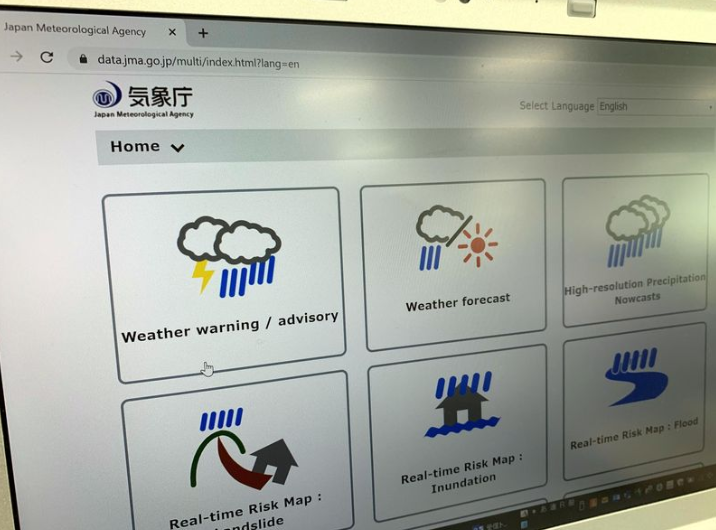 TOKYO — The Japan Meteorological Agency plans to provide on its website disaster and weather information in 14 languages so that foreign tourists and residents in the country can stay informed.

The JMA has been working to upgrade its website, having offered information only in Japanese and English before it became more multilingual in September with nine additional languages. By the end of this fiscal year, the JMA plans to expand the service to 14 languages.

According to the Japan National Tourism Organization, the number of foreign tourists to Japan exceeded 30 million in 2018, while Justice Ministry figures show that the number of foreign residents in the nation reached 2.73 million as of the end of 2018, marking record highs for five consecutive years.

The number of foreign visitors to the country is expected to increase further in 2020 due to the Tokyo Olympics and Paralympics. Taking this into consideration, the JMA has stepped up making the website multilingual so that foreign visitors and residents can feel safe in Japan, where disasters such as earthquakes and typhoons are common.

The information to be offered in 14 languages will be weather forecasts, emergency warnings, warnings and advisories of possible disasters, in addition to earthquake information such as seismic intensity and epicenter location, and volcanic eruption warnings and forecasts.

In September, the service became available in 11 languages, including Chinese and Spanish. Khmer and two more languages will be added by the end of this fiscal year.

“We hope users of our website regularly check the information we offer online so that they can find and use such information quickly when necessary,” a JMA official said.

Information in each language can be found at https://www.jma.go.jp/jma/kokusai/multi.html