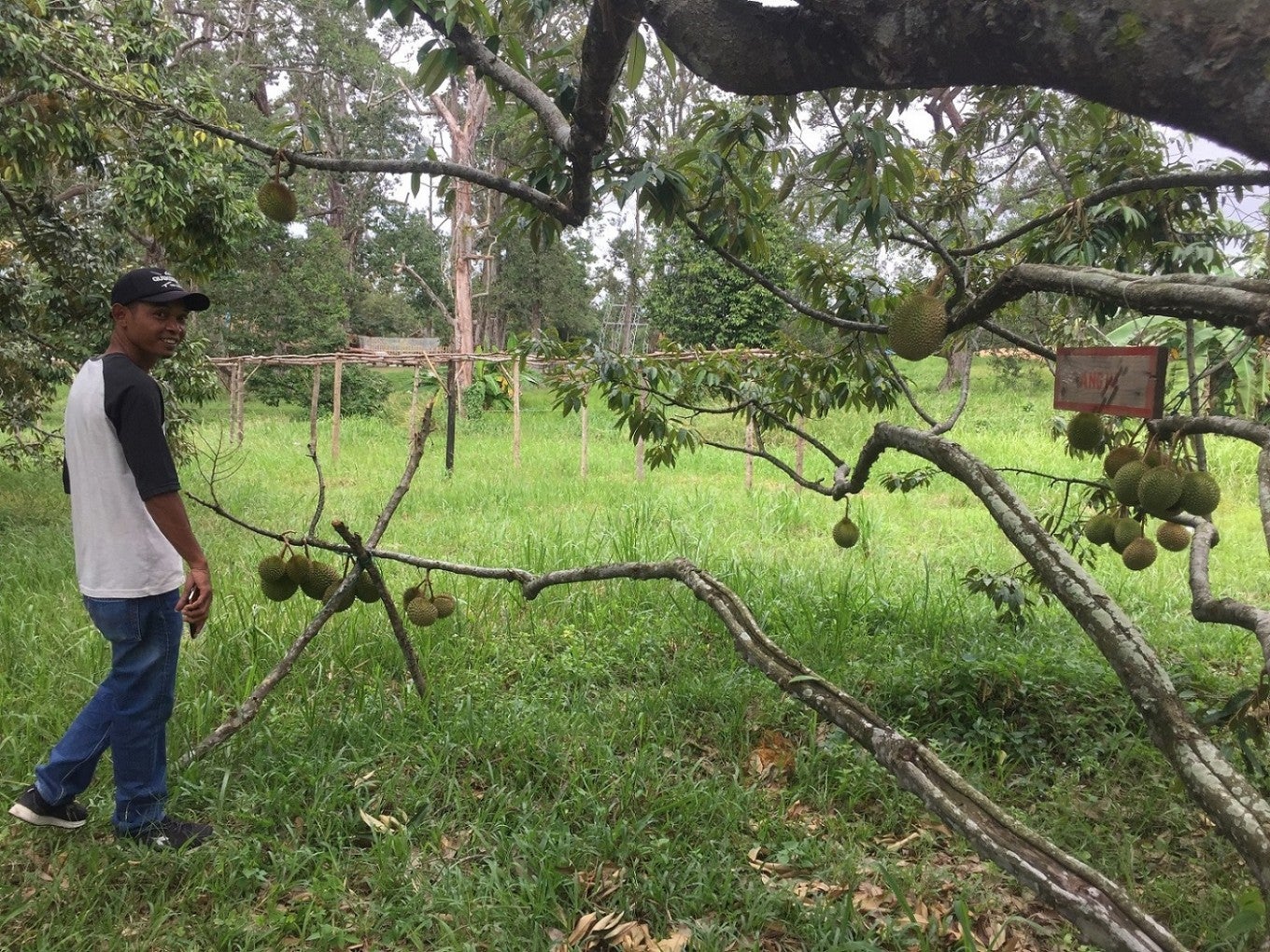 BATAM, Indonesia — Tourists seeking to visit the city of Batam in Riau Islands now have a new destination to explore.

Fans of durian will especially enjoy going to the 18-hectare Citra Kebun Wisata (Citra Tourist Garden), which hosts more than 1,000 durian trees of various varieties, including musang king, ang he, jantung and kampung.

Other than durian, the garden is also home to guava, watermelon and cucumber trees.

After paying the entrance fee of Rp 15,000 (US$1.07) per adult and Rp 10,000 per child, tourists are allowed to freely explore the area. However those wanting to eat the fruits must pay extra depending on the type of fruit and amount. The musang king durian, for instance, is still known as the most expensive durian, with a price per kilogram between Rp 200,000 and Rp 300,000. Each durian fruit can reach up to 3 kilograms.

Citra Kebun Wisata manager Nina Sofiana recently told The Jakarta Post that the main target market for this destination was tourists from Singapore and Malaysia who enjoy durian but have never seen the actual trees.

“We cooperate with several tour and travel companies in Batam to promote this place and lure them here. Outside of domestic tourists, we are aiming to attract 10,000 foreign tourists from Singapore and Malaysia per month,” said Nina.

The garden was soft launched in Dec. 7 and is expected to hold a grand opening event in 2020 while the management prepares more facilities, including villas and cottages to accommodate tourists who want to spend the night, as well as facilities to support outdoor activities.

“This is the first tourist garden concept in Batam. Hopefully it can become one of the city’s favorite tourist destinations,” said Nina.

The 18-hectare area was previously earmarked for a factory. However, as durian trees had already been planted on most of the land years ago, the new owner decided to turn it into a tourist garden.

Ali Ulai, the owner of Citra Kebun Wisata, said it cost Rp 50 billion to design the garden, including purchasing the land and supporting facilities such as road access.

“We want this area to become a natural tourist site. We don’t want to change the surrounding environment,” said Ali.

Animals that are legally permitted by the government to be maintained in such a site, such as deer and birds, will be brought to enliven the garden as well.

“We are currently consulting with related authorities regarding which animals are allowed to be maintained here [as we are interested in] creating a mini zoo concept,” added Ali.

According to the Association of Indonesian Tour and Travel Agencies (ASITA) head for Riau Islands, Andika Lim, almost 80 percent of foreign tourists who came to Batam as well as the province were residents of Singapore due to close proximity, reliable transportation and purchasing power.

“Even foreign tourists who we recorded as coming from other countries such as India and the United States, were usually permanent residents of Singapore,” Andika said, adding that the garden offered something different as a natural tourist destination with durian as the highlight.

“We’re confident that the target of attracting 10,000 foreign tourists per month to this place is reachable as it offers a new concept.”

As a border area, Batam also welcomes repeat visitors who can come almost every week, especially to enjoy its local cuisine. “Local fruits are also popular among these foreign tourists,” added Andika.

Andika said local investors who previously focused on other industries were now starting to invest their money in tourism. Ali Ulai, for instance, was previously known as a businessman in the shipyard industry.

“[Other than Ali Ulai], other [local investors] who have entered the tourism industry include managers of Kepri Coral and Abang island who offer diving tourism there,” said Andika.

Tourism contributes Rp 200 billion per year to the Batam city budget, which is around Rp 2 trillion in total.