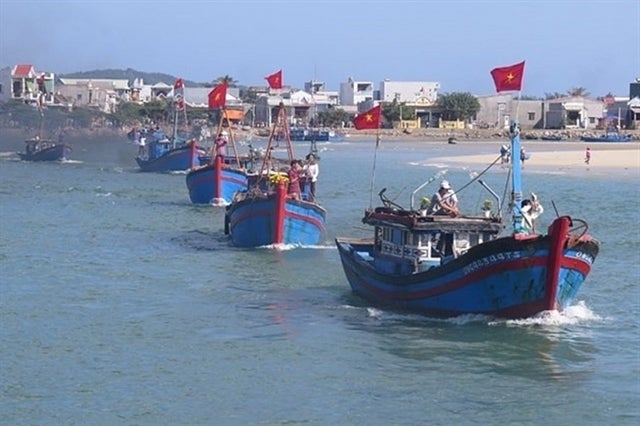 HANOI — Vietnam and China held their 12th round of negotiations regarding the seas beyond the mouth of the Gulf of Tonkin and their 9th round of talks for consultation on cooperation for mutual development at sea in Beijing last Wednesday and Thursday.

In a friendly, straightforward and constructive atmosphere, the two sides exchanged opinions about the two working groups’ activities. They affirmed their serious adherence to common perceptions reached by the countries’ leaders, including the 2011 agreement on basic principles guiding the settlement of sea-related issues and directions given by the heads of Governmental-level delegations for border and territorial affairs.

They shared the view that on the basis of the agreed road map and international law, especially the 1982 United Nations Convention on the Law of the Sea, to which both Vietnam and China were parties, the two countries would exert efforts to promote negotiations on the delimitation of the sea area beyond the mouth of the Gulf of Tonkin and co-operation for mutual development in the East Sea.

The officials also agreed to organize the next rounds of negotiations in Vietnam soon.

During his stay in Beijing, head of the Vietnamese delegation Phung The Long paid a courtesy call on Chinese Deputy Foreign Minister Luo Zhaohui.