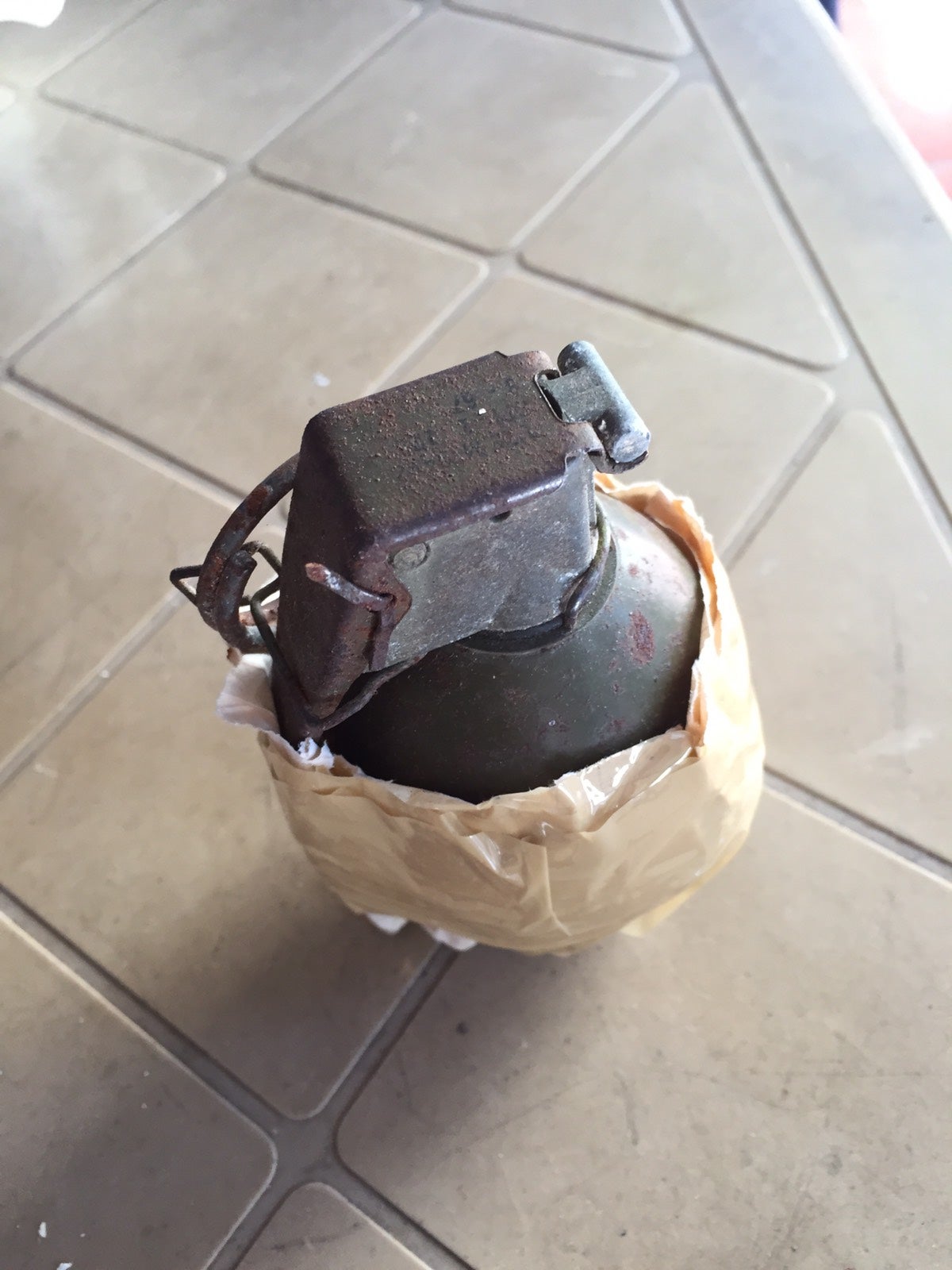 MANILA, Philippines — A carpenter discovered a hand grenade while repairing a house in Quezon City on Saturday afternoon.

A report from the Fairview police station said Jay Villafuerte, 30, was renovating a house along Barangay Pasong Putik when he discovered the M26 fragmentation grenade hidden inside an old cabinet.

Villafuerte immediately informed the owner of the house and immediately asked for police assistance.

Lt. Rosendo Magsipoc of Quezon City police-community precinct-2 responded to the area. The explosive was then turned over to Quezon City Police District Explosive Ordnance Division for proper disposal.

Fairview police station commander Lt. Col. Jeffrey Bilaro told INQUIRER.net that the fragmentation grenade is not owned by the new homeowner. Bilaro added that the new owner of the house had just recently moved-in.