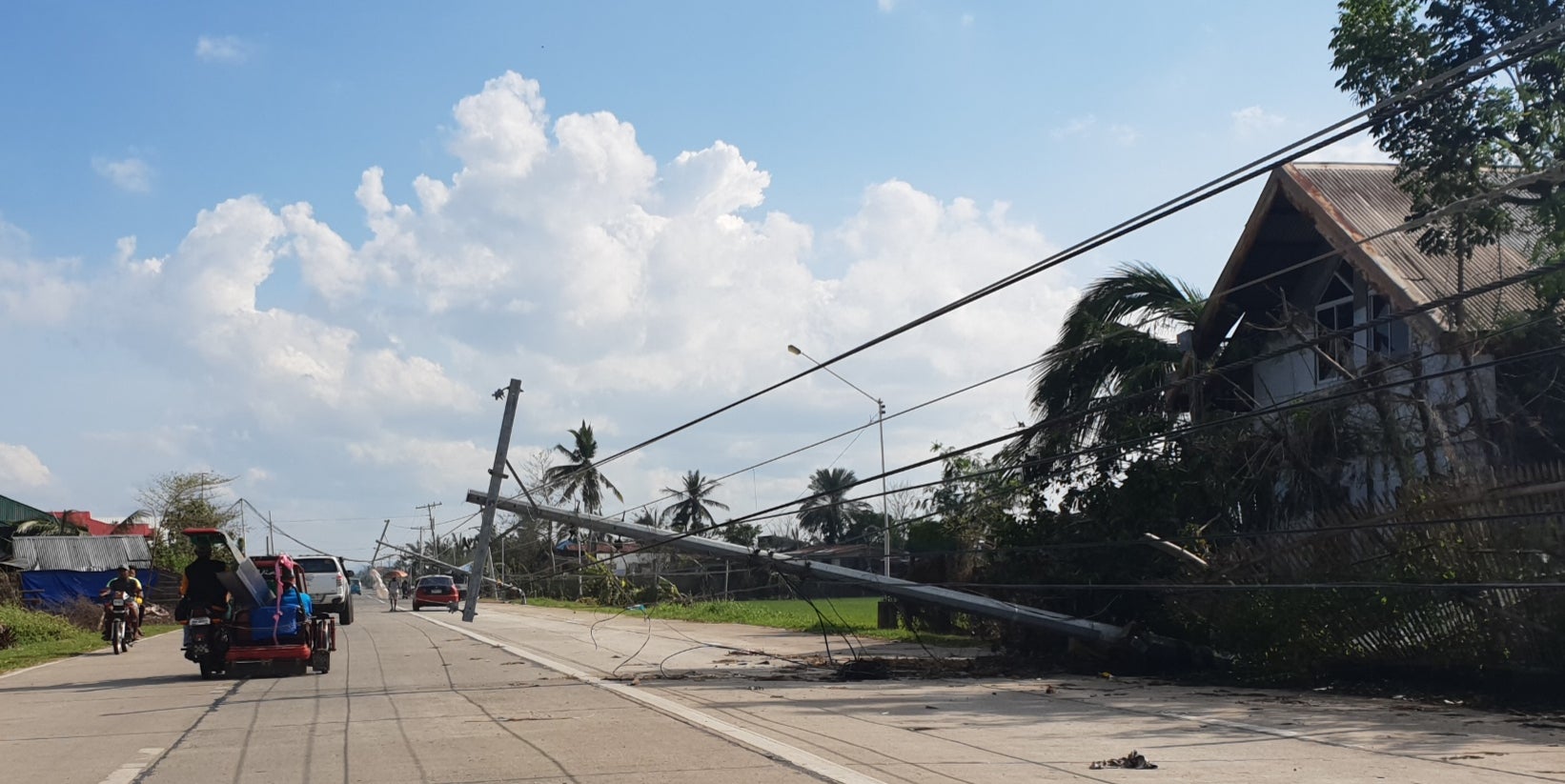 Floods and landslides caused by Typhoon “Ursula” (international name: Phanfone) are hampering work to restore power in the Visayas where only 10 out of 29 affected areas now have electricity.

National Grid Corp. of the Philippines (NGCP) said on Saturday it was mobilizing 232 workers to restore all affected transmission lines by Jan. 1.

The Christmas typhoon swept through the central Philippines with high winds and strong rains that triggered landslides and floods, killing 28 people. It affected 1.15 million people, including those in parts of the Bicol region and northern Mindanao, officials said.

Authorities on Mindoro Island reported on Saturday that at least seven more bodies of typhoon victims had been recovered, but their deaths were not yet accounted for in the national disaster agency report of 28.

The fatalities included 6-year-old Henes Lugawon, who was last seen alive on Christmas Day inside her family’s house, which was later destroyed by strong winds and the heavy rain in San Jose, Occidental Mindoro, according to Lt. Col. Imelda Tolentino, police information officer for the Mindoro, Marinduque, Romblon, Palawan region.

The body of Minggo Buyayao, a member of the Mangyan tribe, who was crossing a river at the height of the typhoon in Barangay Panaytayan, was found on Friday floating near a port in Mansalay town in Oriental Mindoro, Tolentino said.

She said three crew members of a cargo vessel that capsized at the height of the typhoon—Ronald Marabilla, Efren Royo and Nick Tolentino—drowned as they tried to swim to safety off Oriental Mindoro’s Bulalacao town.

A Bulalacao resident, Pedro Hamor, was killed after he was hit by a falling tree while he was repairing his house during the typhoon.

The National Disaster Risk Reduction and Management Council reported that 78,360 people were still taking shelter in evacuation centers as of Saturday after the typhoon destroyed 17,695 houses and damaged 134,844 and caused P797.23 million in damage to infrastructure and agriculture.

It reported power outages in 147 cities and municipalities and power supply had been restored as of Saturday in only 38 of them.

The grid operator has also partially restored services through the 69-kV Concepcion-Sara-Estancia line, which transmits power to Iloilo 2 Electric Cooperative.

It deployed 29 line gangs and two helicopter crews to work around the clock when weather and safety conditions permit.

“[We continue] with the aerial inspection and foot patrol of all areas affected by Typhoon Ursula, given the difficulty in accessibility of certain areas devastated by the storm due to floods and landslides,” the company said.“Mobilization of line personnel and equipment continue, and simultaneous restoration activities are being conducted on the areas already accessible,” it added.

The President, he said, had ordered national government agencies “to restore the situation back to normalcy especially the roads and power supply, and to provide basic commodities.”

He said Mr. Duterte’s schedule did not include a visit to Panay, one of the worst-hit islands, as the President was visiting survivors of the earthquakes in Davao.

“I will relay to him the situation here,” he told reporters. “I am now a legislator and what I promised to the Filipino people is that I will go to your area, wherever you may be to heed the needs of the people.”

Go said he would be pushing a bill to create the Department of Resilience so that there would be a department focused on calamities caused by typhoons and earthquakes.

He said he would “relay to them (the Cabinet) all your concerns and I will be your bridge to the President.”

He said the Department of Social Welfare and Development, National Housing Authority, and the Department of Trade and Industry would be providing assistance to those affected by the typhoon. —WITH REPORTS FROM RONNEL W. DOMINGO, MADONNA T. VIROLA AND NESTOR P. BURGOS