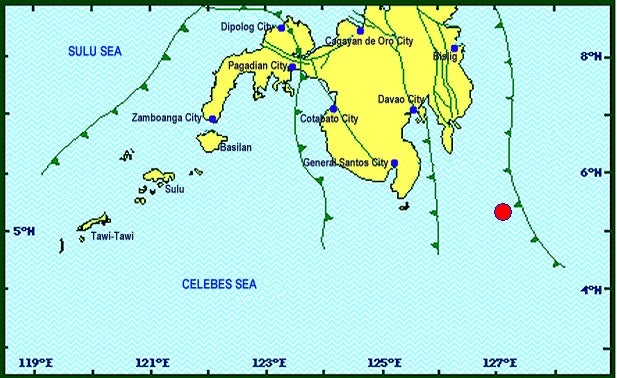 MANILA, Philippines – A shallow 4.0-magnitude earthquake occurred off the waters of Jose Abad Santos town in Davao Occidental on Saturday afternoon, according to the Philippine Institute of Volcanology and Seismology (Phivolcs).

According to Phivolcs’ bulletin, the tectonic earthquake was recorded 4:38 p.m. at a depth of nine kilometers, 175 kilometers southeast of the said area.

No intensities were reported as of now.  Phivolcs also does not expect aftershocks and has not raised any tsunami warnings.

This is the second earthquake recorded in the region Saturday, following a magnitude 3.2 earthquake in Santa Maria town at 4:07 p.m.  The tectonic movement was said to have caused Instrumental Intensity I in Malugon, Sarangani.