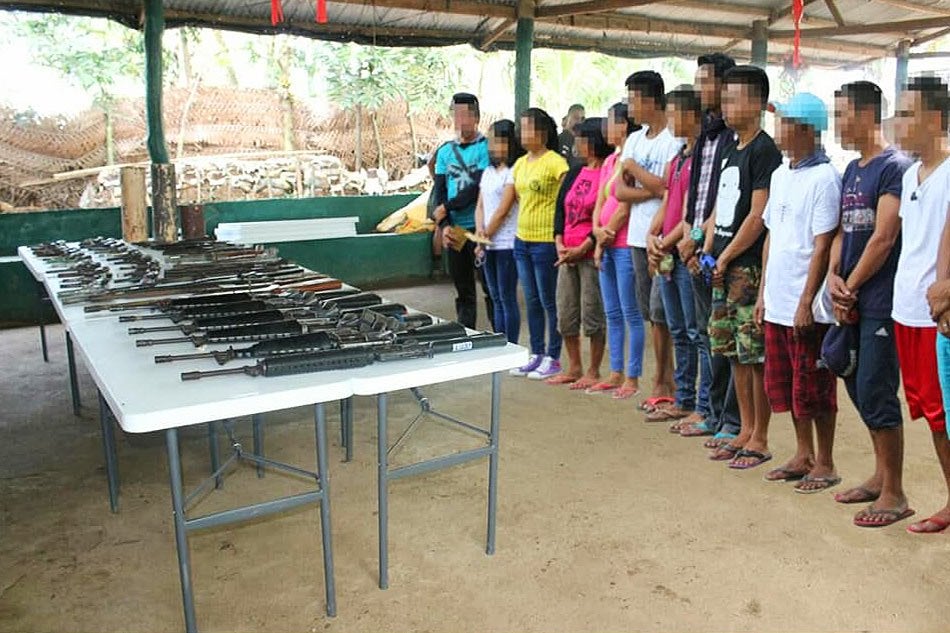 Netizens have pointed out that the image of people standing in line in this photo release from the Philipine Army’s 9th Infantry Division was manipulated to represent the rebel surrenderees in Masbate, leading many to question whether the other information on the NPA surrenders in Bicol were true.

LEGAZPI CITY – The Philippine Army’s 9th Infantry Division (9ID) public affairs office based in Pili town in Camarines Sur province issued on Saturday an apology for a manipulated photo release that has earned backlash from netizens.

The photo which was released December 26 showing the surrender of former New People’s Army (NPA) rebels in a ceremony in Masbate City on Thursday, gained attention on social media when netizens pointed out that it was “manipulated” or “photoshopped” to add the image of people standing in line before a table full of firearms.

Army Major Ricky Aguilar, 9ID public affairs chief, admitted that they failed to check the pictures sent to them by the 2nd Infantry Battalion based in Masbate.

“In our ardent desire to release timely information, we were not able to double-check the pictures we attached in our press release,” Aguilar said.

The photo, Aguilar said, was not intended to mislead the public, but to protect the lives of the former rebels who surrendered to the government.

“We admit to having committed a mistake though by manipulating the picture for the sole purpose of ensuring the safety of the lives of the rebels that surrendered, including their families,” he said.

For this “we apologize for the honest mistake. We are hoping for your understanding,” Aguilar added.

The event in Masbate Thursday was conducted alongside the government-sponsored indignation rallies against the communist insurgency, which coincided with the 51st founding anniversary of the Communist Party of the Philippines.

The event also highlighted the presentation of 49 different assault firearms surrendered by the ex-rebels.

“There were indeed 306 surrenderers in Masbate where negotiations begun sometime in October 2019. The actual surrender was done on December 26, 2019,” Aguilar said.