No Filipinos reported on board crashed Kazakhstan plane – DFA 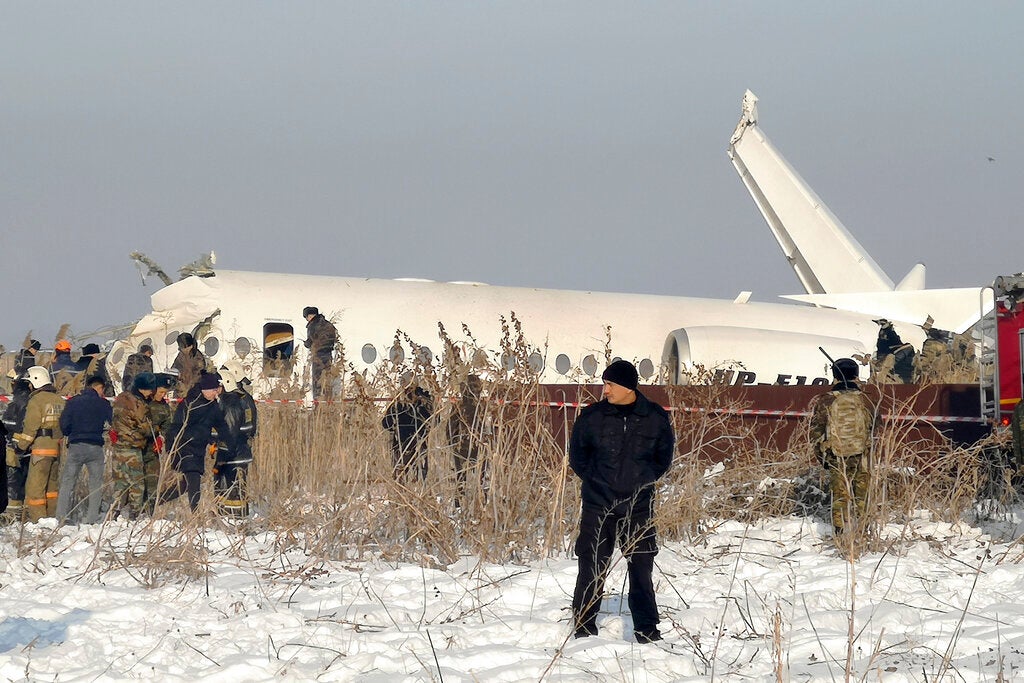 Police guard as rescuers work on the side of a plane crashed near Almaty International Airport, outside Almaty, Kazakhstan, Friday, Dec. 27, 2019. The Kazakhstan plane with 100 people aboard crashed shortly after takeoff early Friday. (AP Photo/Vladimir Tretyakov)

MANILA, Philippines — No Filipinos were on board a Kazakhstan plane that crashed early Friday, the Department of Foreign Affairs (DFA) said.

In a statement, the DFA said the Philippine Embassy in Russia, which has jurisdiction over Kazakhstan, reported that there were no Filipinos onboard the aircraft.

The DFA, meanwhile, extended its condolences to the family and friends of those who perished in the crash of the Fokker 100 aircraft with flight number Z92100 operated by the Kazakhstan-based carrier Bek Air.

At least 14 people were killed as the plane crashed shortly after takeoff, the Associated Press earlier reported.

The incident also left 35 others hurt, 22 of whom are now in critical condition.