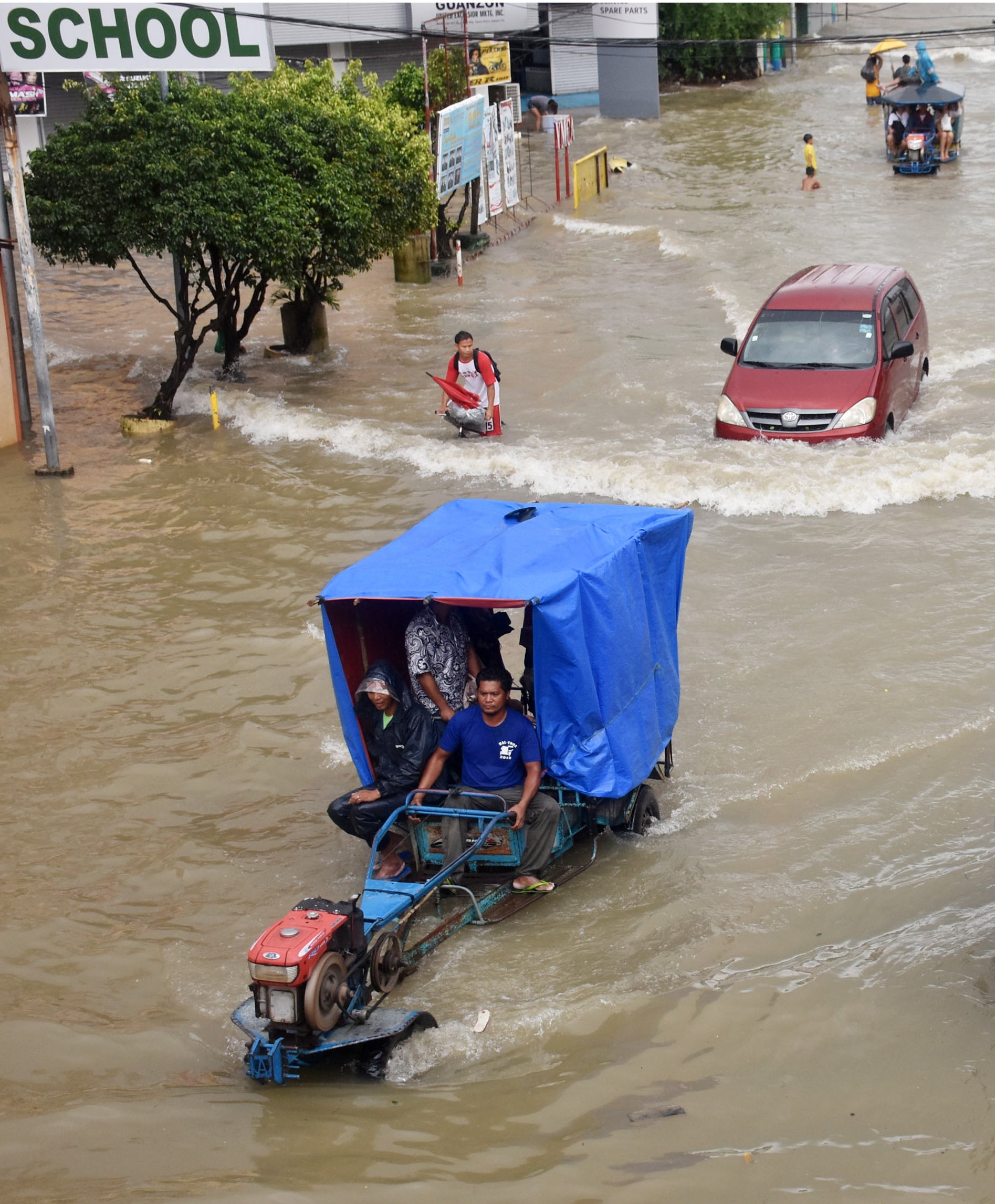 The city’s flood mitigation commission has proposed the floodwall alongside pumping stations and floodgates that it earlier recommended.

The commission is tasked with crafting a master plan that includes short, medium and long-term flood control mechanisms.

“Without the sheet piles, the pumping stations would be useless,” Lo said.

The city’s pumping stations were similar to those installed in Navotas City, which had solved its flooding.

But unlike Navotas where its main waterways are located only on one side, Dagupan is surrounded by seven rivers that all drain into the Lingayen Gulf.Since the city serves as a waterway of rainwater from nearby towns and provinces that is discharged into the Lingayen Gulf, it becomes prone to flooding.Floodwater is stuck for weeks in the city due to several factors, including silted rivers.

The commission said the city also needed to undertake dredging at the opening of the Pugaro-Lingayen Gulf area and inward to the stretch of Pantal River here.

“Dredging is the only way to improve the water flow in the rivers flowing into the gulf,” the commission said. —YOLANDA SOTELO

Read Next
Cebu Gov to traders: Avoid jail, follow pork ban to stop swine disease
EDITORS' PICK
10 Filipinos positive for COVID-19 in UK, 7 in Ireland — envoy
Nograles: Cabinet members to donate 75% of monthly salary to aid COVID-19 fight
Quick chat with Nicole Andersson: ‘You really don’t need much to be happy’
IATF to LGUs: Issue ordinances vs attacks on frontliners, COVID-19 patients
Diokno to Duterte: OK to make fun of buck tooth, but focus on people’s needs first
Robredo spox thanks Duterte for defending VP’s efforts vs COVID-19
MOST READ
Coronavirus hotbed Rizal to shut borders on April 6
Gov’t mulling quarantine period extension of 15-20 more days
ADB warns PH against prolonged lockdown
Sotto on Isko Moreno’s call: We do our job without the media following our every move
Don't miss out on the latest news and information.