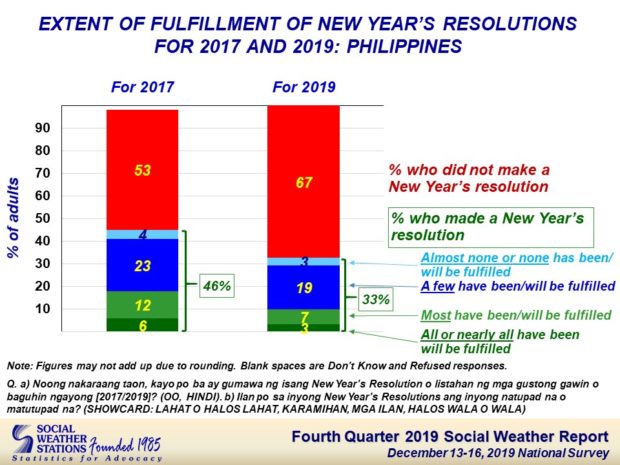 MANILA, Philippines — Only 10 percent of Filipinos said their promises for the year 2019 were fulfilled, recent results of Social Weather Stations (SWS) showed Friday.

The poll used face-to-face interviews of 1,200 Filipinos aged 18 years old and above nationwide. 300 each were interviewed in National Capital Region, Balance Luzon, Visayas and Mindanao.

The poll also used “sampling error margins of ±3% for national percentages and ±6% each for Metro Manila, Balance Luzon, Visayas and Mindanao.”