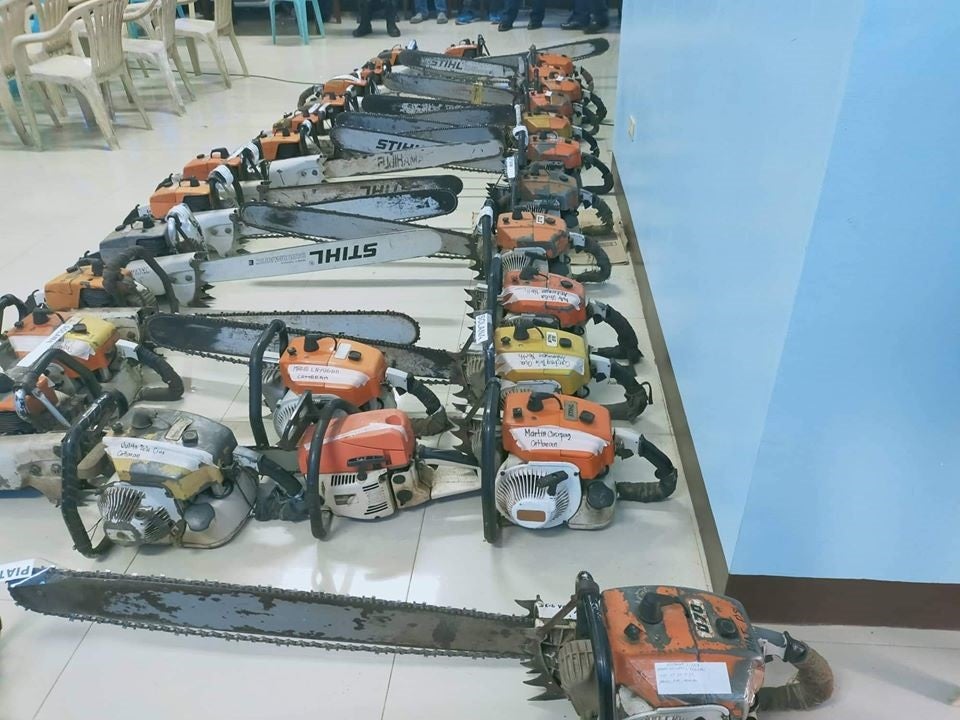 Police in Cagayan province have taken custody of these unregistered chainsaws that were surrendered to authorities running after illegal loggers. Photo from Cagayan PNP

TUGUEGARAO CITY –– Thirty-four unregistered chainsaws worth more than P1 million were turned over to the police in Cagayan province, where authorities have intensified a campaign against illegal logging.

“The best way to protect the environment against illegal logging activities is to confiscate the instrument or tools used in cutting trees,” Quilang said.