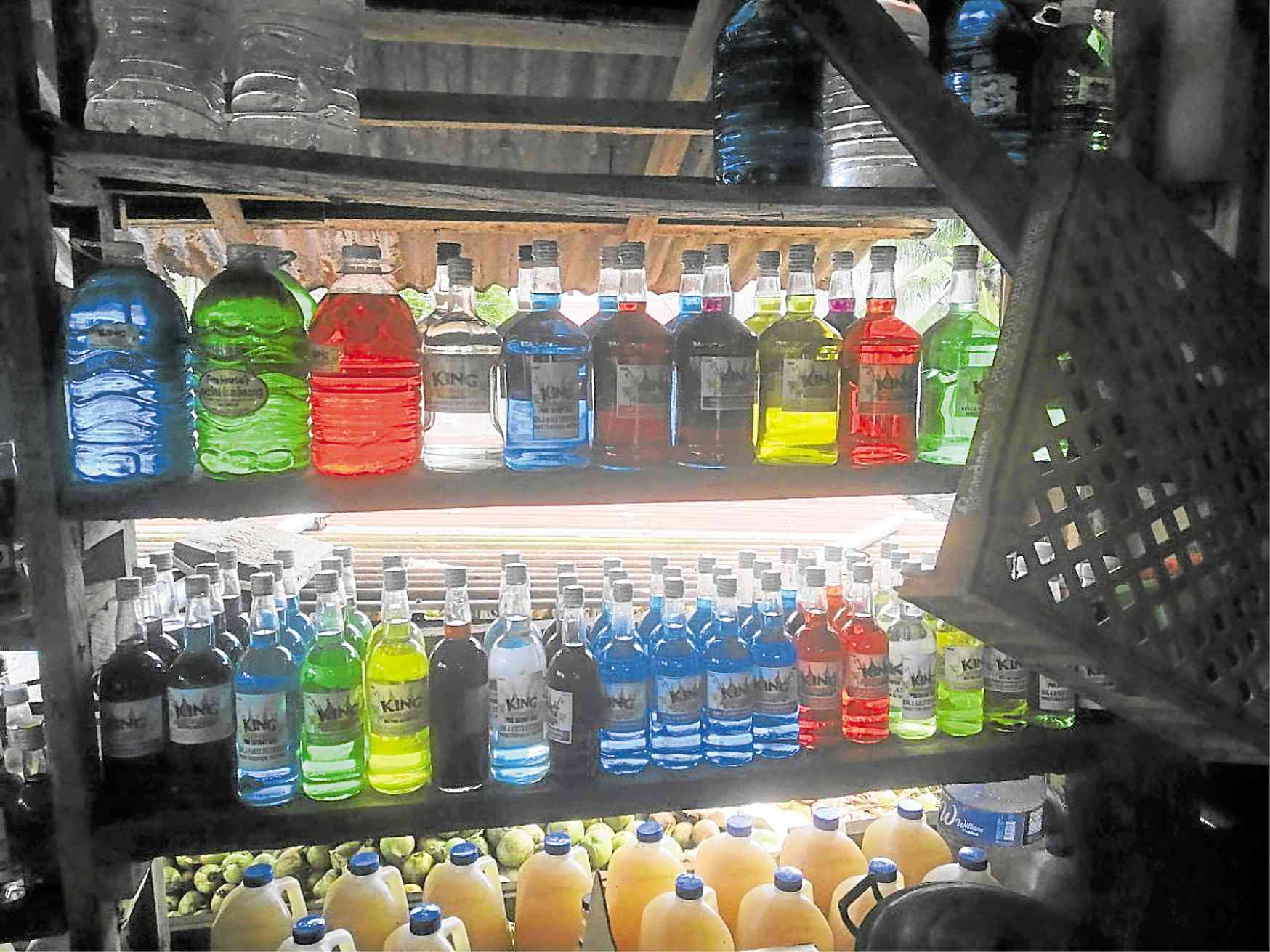 Authorities inspect these brightly colored, flavored “lambanog” that are temporarily prohibited in the market after an outbreak of possible methanol poisoning in Laguna,  Rizal and Quezon. (Photo courtesy of Cavite PNP)

Death toll from lambanog poisoning in the provinces of Laguna, Quezon, and Rizal has risen to 14.

“Very low levels of methanol may be present in alcoholic beverages provided they are byproducts of natural fermentation. The high levels found in the samples make them toxic,” Domingo said in a statement.

Ingestion of 30ml of methanol, a flammable and poisonous liquid, is potentially fatal. Absorption through the skin or via inhalation may also lead to toxic effects. This is due to methanol being converted to formaldehyde and formic acid in the liver.

The FDA said the samples that tested positive of high levels of methanol were collected from Rey Lambanog, Emma’s Lambanog store, and Orlando Mapa store.

The FDA requires manufacturers of alcoholic drinks to secure a license to operate and to register their products so that these can be monitored regularly.

“For their safety and that of their loved ones, we urge all consumers to patronize only registered food and drink products registered with the FDA and sold by licensed manufacturers and dealers especially during the holidays,” Domingo added.