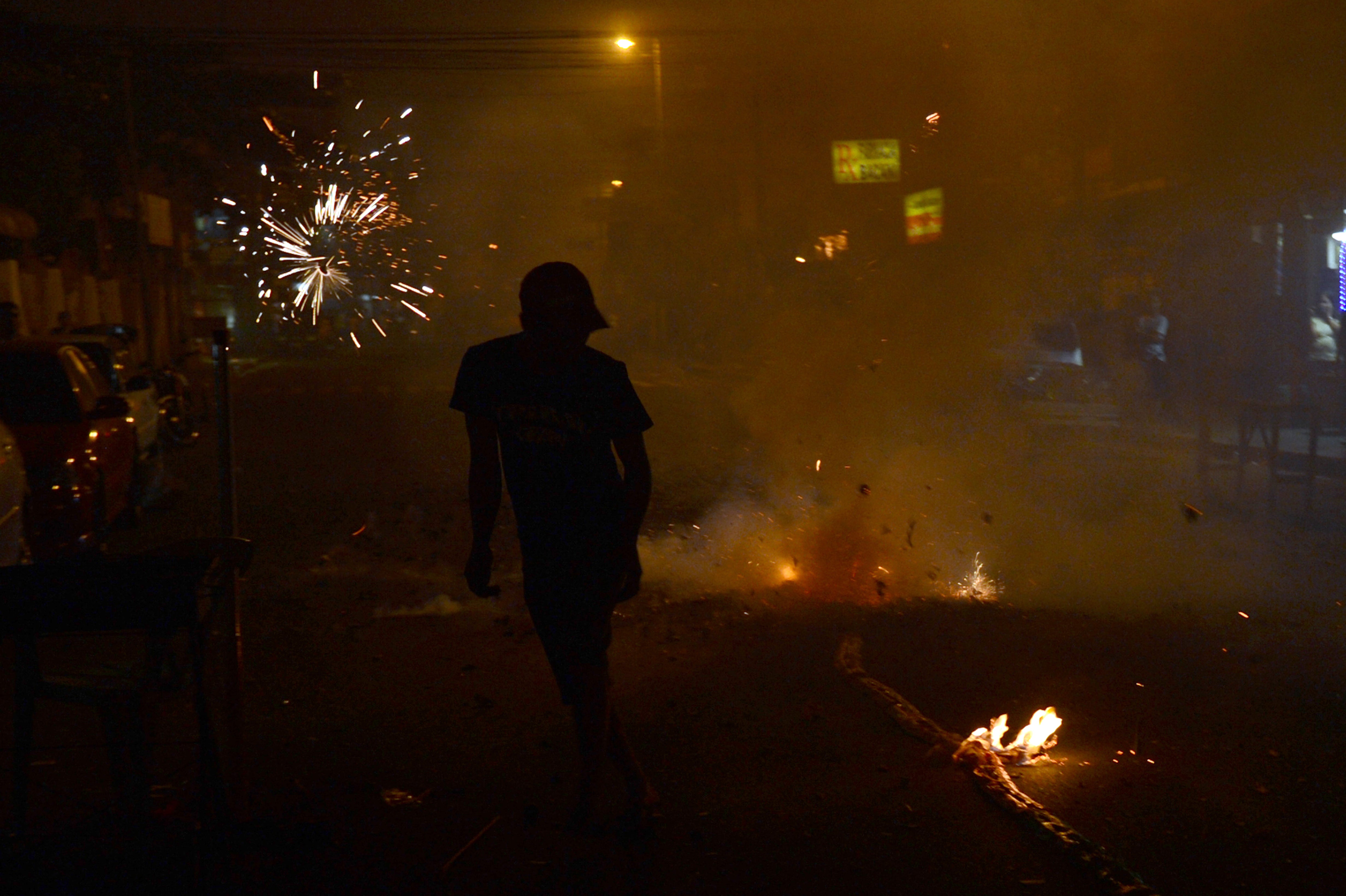 A reveller sets off firecrackers as residents usher New Year in Manila in this January 1, 2013 file photo. (AFP)

MANILA, Philippines—Days before the New Year’s Eve festivities, an environmental group urged the public to turn away from the tradition of blasting firecrackers and fireworks to prevent generating air pollutants that can also put human health at risk.Blowing up firecrackers and fireworks generates “microscopic pollutants” that affect air quality and pose serious health risks, particularly among children, elderly, and persons with cardiovascular, neurological and respiratory conditions, Dr. Maricar Limpin, Secretary of the Philippine College of Physicians, explained.

Among the negative effects of inhaling these pollutants are coughing, wheezing, shortness of breath, as well as asthma and heart attacks, Limpin noted.

Among these harmful airborne pollutants are suspended particulate matter (SPM), including PM 2.5 that can travel deep into the respiratory tract and the lungs, carbon monoxide and other greenhouse gases, heavy metals like arsenic, cadmium, and lead, and polycyclic aromatic hydrocarbons.

Meanwhile, EcoWaste Coalition Chemical Safety Campaigner Thony Dizon, pointed out that “aside from the toxic smog, the blasting of firecrackers and fireworks scatter hazardous litter on streets as well as on water bodies.”

“Spent firecrackers and fireworks are not your typical discards as these contain traces of dangerous chemicals that may contaminate the environment or cause harm to wildlife,” he said.

“In spite of their hazardous makeup, discards from firecrackers and fireworks used during the New Year’s Eve revelry are disposed of as general waste and buried in dumps and landfills,” he lamented.

Dizon also drew attention to the extreme noise pollution caused by firecrackers and fireworks that can very well exceed the standard noise level of 50 to 60 decibels for the ambient environment, which may cause temporary or permanent hearing loss, high blood pressure, restlessness and sleep disturbance.