HONG KONG — Clashes resumed in Hong Kong on Tuesday between police and anti-government protesters, some of them donned Santa Claus hats, as the more than six-month-long demonstrations look set to move into the new year.

Black-clad protesters smashed shop windows, while police responded with tear gas and the arrest of a still indeterminate number of demonstrators.

The protests demanding greater democratic rights show no sign of ending despite the overwhelming victory by anti-establishment candidates in elections for district representatives earlier this month. 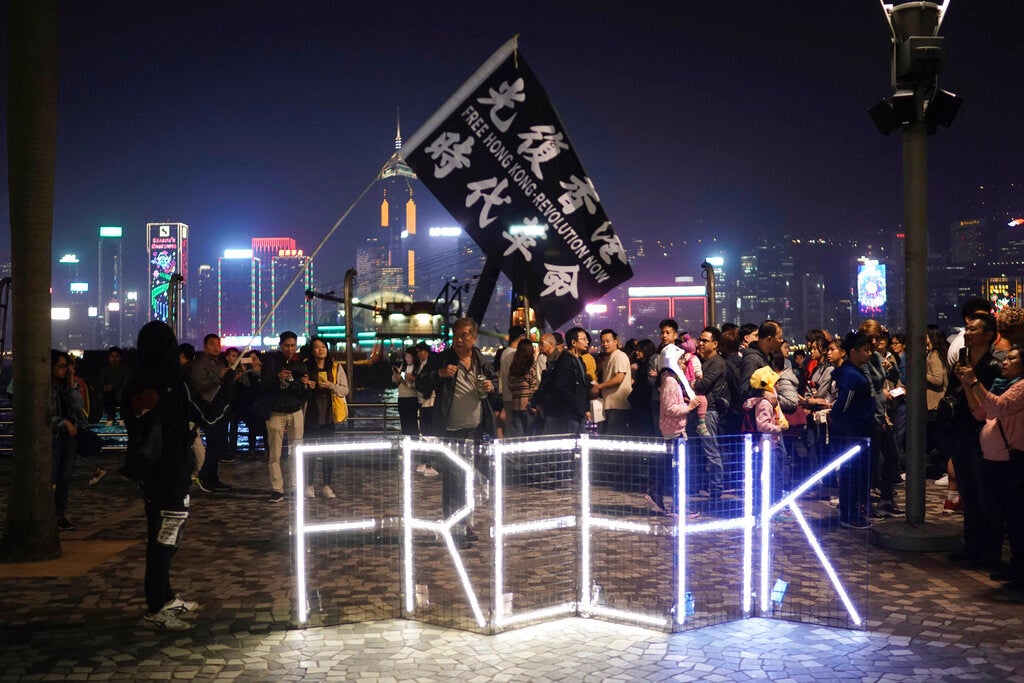 Protesters walk past a protest slogan during a rally on Christmas Eve in Hong Kong on Tuesday. More than six months of protests have beset the city with frequent confrontations between protesters and police. (AP) 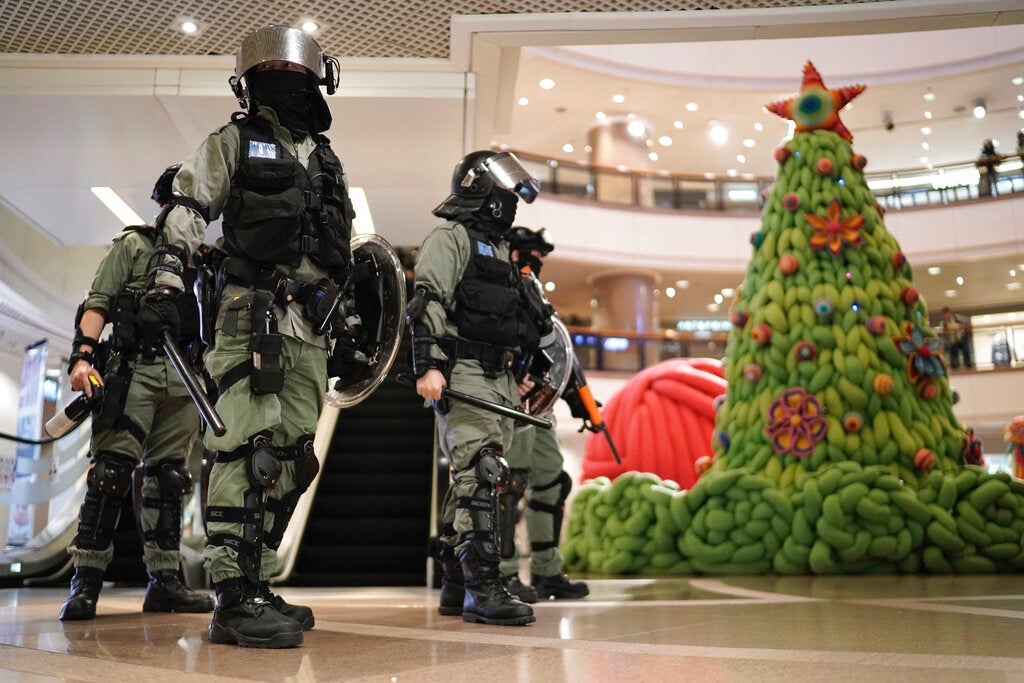 Riot police past by a Christmas decor in a mall during a protest rally on Christmas Eve in Hong Kong on Tuesday. More than six months of protests have beset the city with frequent confrontations between protesters and police. (AP)