Stranded port passengers due to Ursula now over 23,000 | Inquirer News

Stranded port passengers due to Ursula now over 23,000

MANILA, Philippines — The number of passengers stranded at ports due to Typhoon Ursula has reached over 23,000 on Tuesday, the Philippine Coast Guard (PCG) said.

As of 12 p.m., a total of 23,789 passengers were stranded in ports in Bicol, Central Visayas, Eastern Visayas, Southern Tagalog, Northern Mindanao, Western Visayas and Southern Visayas, the PCG said.

Meanwhile, operations of 3,253 rolling cargoes, 46 motorbancas, and 157 vessels were also temporarily suspended and 86 vessels and 7 motorbancas were docked due to the weather condition. 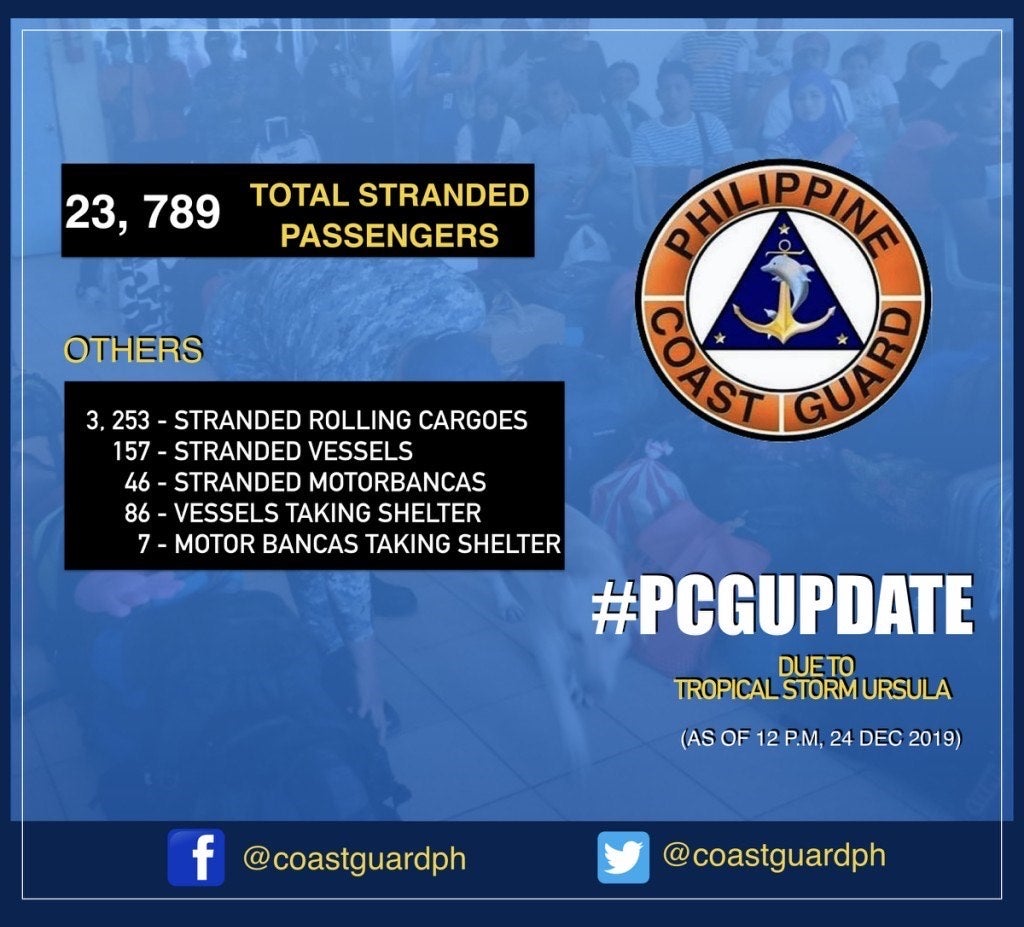 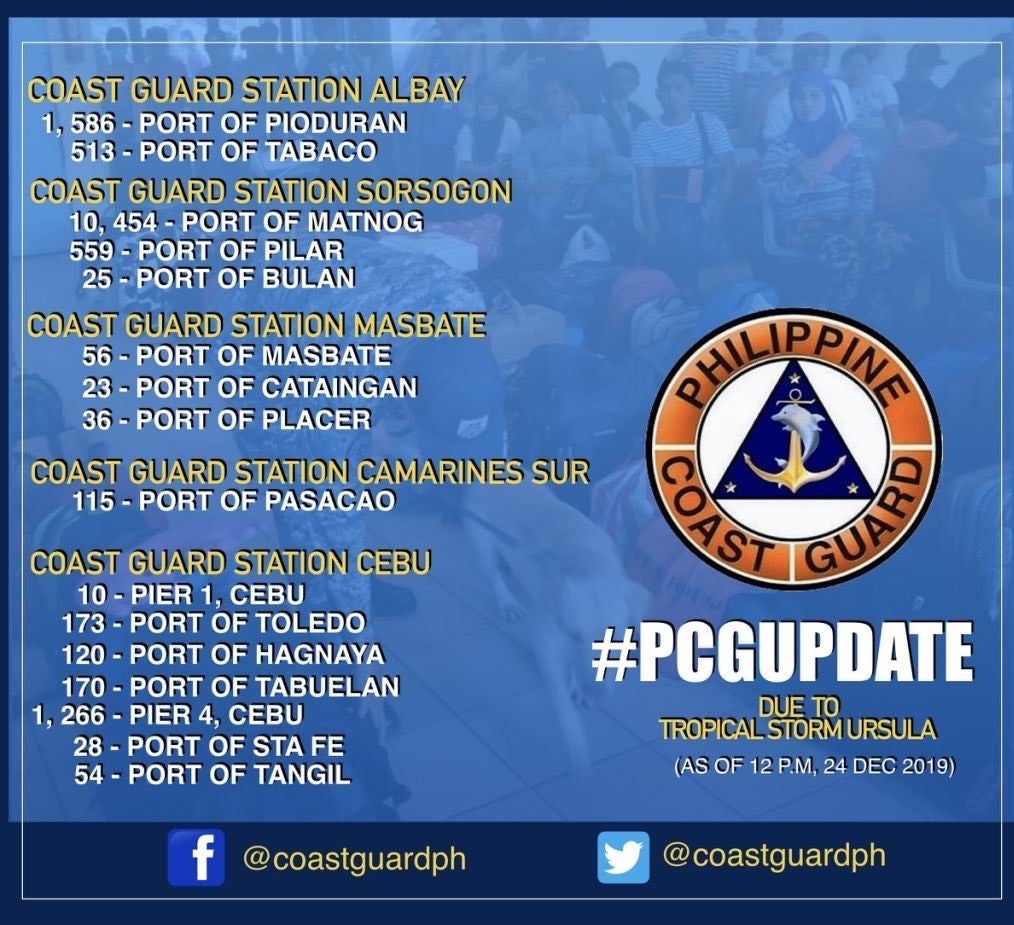 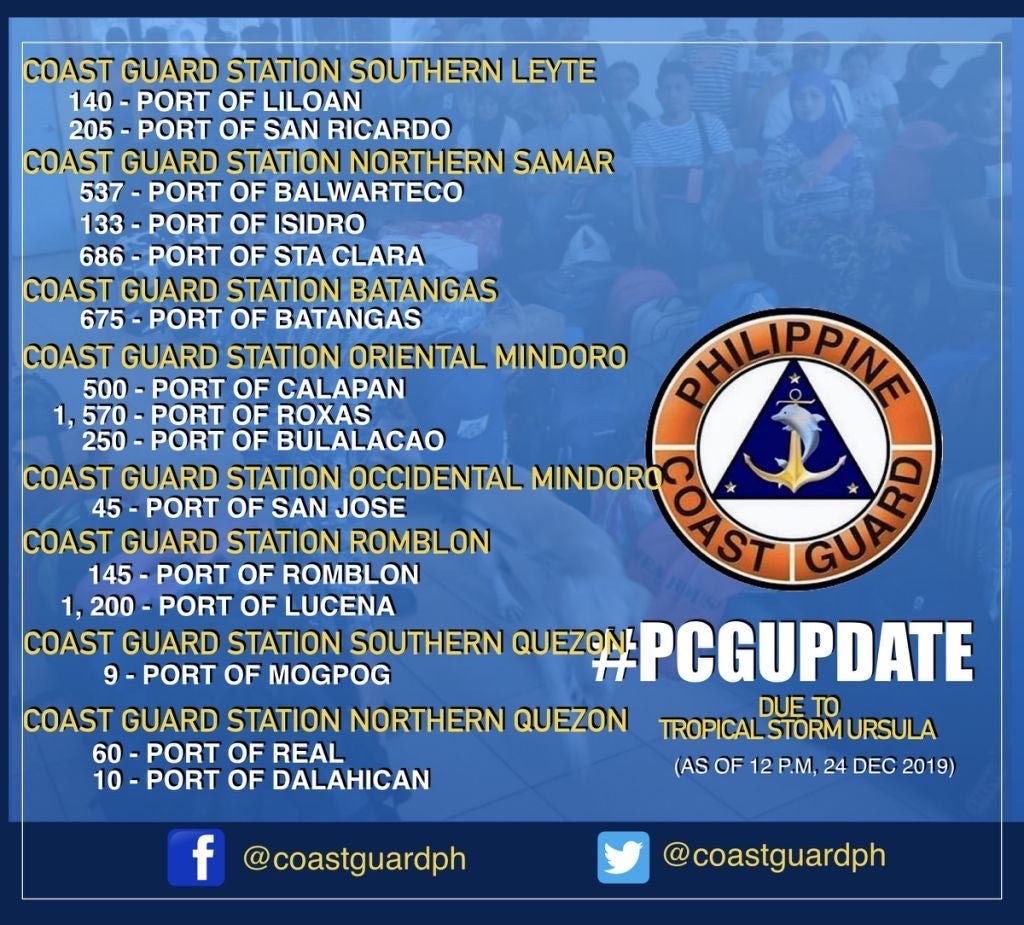 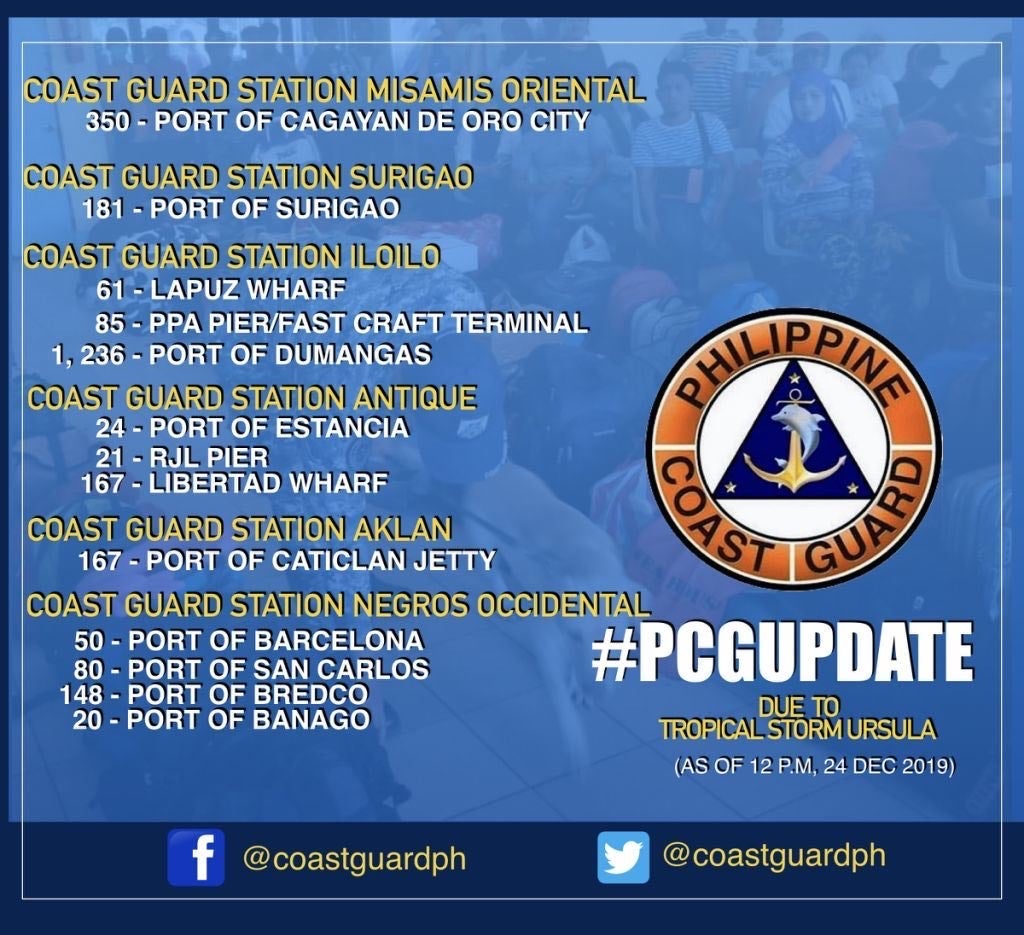 (Photos show the breakdown of number of stranded passengers in ports due to Typhoon Ursula. Photos from PCG)

Storm surges of up to 2 meters may hit coastal areas in Eastern Samar, Northern Samar, and Leyte, the state weather bureau said.