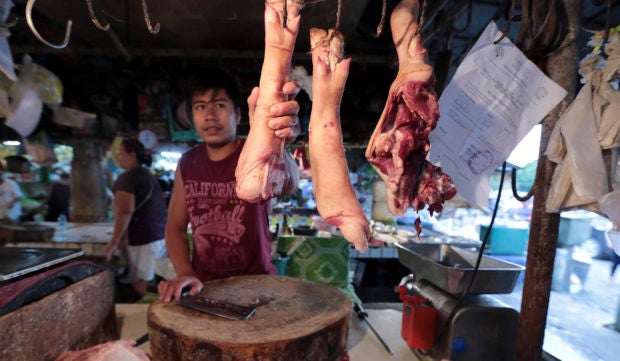 MANILA, Philippines — Two months after the first outbreak of African swine fever (ASF) was reported in Rizal province in September, the disease had spread to seven provinces, and 55 cities and towns in Luzon, resulting in the culling of over 136,770 pigs.

While the number represents less than 1 percent of the Philippine hog population, the impact of ASF has gone beyond pig statistics, said Ronnie Domingo, director of the Bureau of Animal Industry (BAI).

Consumers are shunning pork, hog raisers and meat processors are losing, and the government is spending billions of pesos to contain the disease and aid affected livestock producers, Domingo said.

The ASF outbreak occurred a few months before the Christmas holidays, when demand for pork, ham and the party staple lechon (roast pig) surges.

The industry, especially the commercial and backyard hog raisers, was hit hard when the Department of Agriculture (DA) confirmed the presence of ASF in the domestic hog population.

According to Agriculture Secretary William Dar, one of the DA’s biggest problems is how to effectively check industry players who continue to sell and move live hogs and pork products tainted with ASF in order to cut their losses.

In October, the Bureau of Customs (BOC) intercepted two shipping containers from China, where the first cases of ASF were reported. Their cargo of pork products had been misdeclared as tomato paste and vermicelli.

In the Chinatown district in Binondo, Manila, pork and meat products from China were being sold even when their importation had been banned.

Some traders have turned to online selling, tapping social media platforms to offer pork and processed meat, such as local favorites tocino (cured pork) and longganisa (pork sausage), from Luzon to areas where these products are banned.

“Affected hog producers choose to hide than cooperate. There are still people making a business out of this. That’s why ASF continues to spread,” Dar said.

But even with limited resources, the government continues efforts to contain the hog virus.

Local laboratories have no capacity to examine blood samples extensively for ASF, forcing authorities to send these to Australia or the United Kingdom in a tedious and expensive process.

In a letter, the Philippine College of Swine Practitioners urged the DA to allow private laboratories to conduct ASF tests in order to prevent backlogs and trade disruptions. But the recommendation merited no action.

The DA relies on its regional offices and on local government units (LGUs) to contain ASF. But some barangay officials, tapped as force multipliers, have been remiss in monitoring backyard hog raisers in their respective communities; others do not cooperate in finding locations to dump culled hogs.

Dar said the DA could only do so much. There are only two to three BAI officials that can help each locality, leaving barangay officials, LGU employees, and, ultimately, mayors, to handle the details of the ASF containment process.

He said the department had strengthened quarantine and security protocols, with checkpoints set up nationwide to curb the smuggling and illegal trade of hot meat.

The DA has banned the importation of pork and related products from China and other countries afflicted with ASF. But the consequence is that Philippine pork and meat products have also been banned by other countries.

In the Philippines, many LGUs imposed a ban on pork and meat products from Luzon, especially areas where ASF had been detected.

But how agricultural products, including meat, enter and are inspected in Philippine ports is also seen to contribute to the spread of ASF.

Thus, only “close-open” examinations are being done: BOC inspectors open and close shipping containers that may include rice, pork and other agricultural products. Only when the shipments have been delivered to the National Meat Inspection Service are the commodities examined thoroughly.

“When we examine food products, we have to be fast because they may either be spoiled or contaminated and we don’t have cold-storage. We’ve been wanting to have our own [cold-storage facility], but I don’t think there are any positive moves to having one right now,” Maronilla told the Inquirer, adding:

“It’s actually something that we require our port operators [to install], but it is very costly and its operation should be with the DA.”

The Samahang Industriya ng Agrikultura (Sinag) has been urging the government to establish a “first border policy,” or a thorough inspection of meat products at the port of first entry.

Dar said this had been in the pipeline but that the government had yet to put up infrastructure for the purpose. 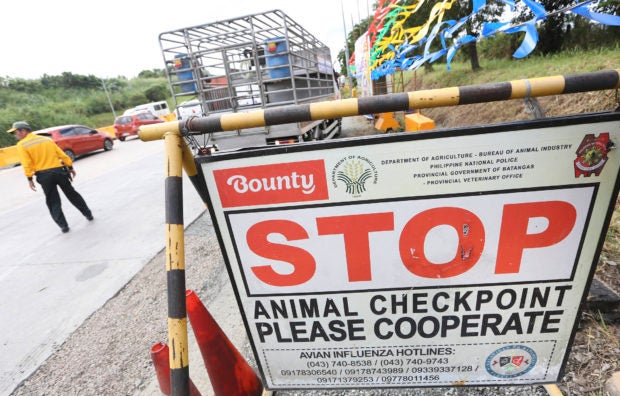 With ASF curbing consumers’ appetite for pork, the retail prices of food items containing pork have dropped or stayed steady despite the holiday season.

Prices of ham and pork usually rise in September as Filipino families prepare for the country’s longest holiday.

Rex Agarrado, spokesperson for the Philippine Association of Meat Processors Inc. (Pampi), said that with the dropping demand for pork, meat processing companies might have to absorb the price increases of raw materials in the world market, which had risen by 40-60 percent.

Adding to the processing industry’s woes is the decision of 64 LGUs to bar the entry of processed pork products from Luzon. These LGUs are mostly in the Visayas and Mindanao, representing 79 percent of Philippine provinces.

Pampi’s 85 member-companies include some of the largest players in the processing industry, such as CDO Foodsphere Inc., Mekeni Food Corp., Pampanga’s Best Inc., and Century Food Pacific Inc.

“Some companies already cut the production of some of their processed pork items by 35 percent. Others have discontinued hiring some 10,000 seasonal workers,” said Jerome Ong, CDO president and Pampi vice president.

Hog raisers are losing, too. The farm gate price of pork has dropped to P90 a kilo from P120 a kilo since ASF broke out midyear.

The DA estimated that hog raisers absorbed P1 billion in “opportunity losses” during the first 30 days since it announced the first ASF outbreak. But the agricultural group Sinag said producers lost P10 billion in revenues during the first two months, or P5 billion monthly.

Small-scale hog raisers hit by ASF were also encouraged to switch to other forms of livelihood until the disease dies down.

Yet unscrupulous traders and retailers continue to slap high markups on pork prices in the market. In October, Trade Undersecretary Ruth Castelo was shocked when a quick tour of a wet market in MuÃ±oz, Quezon City, showed that a kilo of pork was being sold for P280, or more than thrice the prevailing farm gate price.

In Cebu and the rest of the Visayas, which remain ASF-free, hog raisers have been complaining that demand has still gone down by at least 18-20 percent, said Rolando Tambago, president of the Central Visayas Pork Producers Cooperative (CeViPPCo) and Virginia Farms Inc.

As a result, prices dipped to about P100 a kilo for live-weight pigs, compared to an average of P118 a kilo before the epidemic, Tambago said.

In some markets, prices for live-weight pigs have dipped as low as P90 a kilo.

Cebu is the largest pork-producing province in Central Visayas and ranks fourth among the country’s biggest pork producers. CeViPPCo members include 28 farms in Central Visayas, most of them in Cebu. As many as 150,000 families, including backyard farmers, are affected.

Businessman Ljohn Alberca said even his employees refused to buy slaughtered pigs raised in the company-run piggery in Danao City in northern Cebu. “My employees would not buy our pork because of ASF. Apparently, they were scared to eat pork,” he told the Inquirer.

Alberca, who runs a manpower and security agency, was forced to sell his hogs below the already low market price at the Danao public market just to cut his losses.

The Philippines’ annual consumption of pork is pegged at 14.2 kilos per capita — more than the global average consumption at 12.2 kilo per capita, according to the Organization of Economic Cooperation and Development.

The US Department of Agriculture’s Foreign Agricultural Services has projected that the country’s pork imports would still rise by 32 percent next year to a record-high of 350,000 MT from the five-year average of 232,000 MT. The Philippines is currently the world’s seventh biggest pork importer.

But Dar assured consumers that there was no impending shortage of pork, saying the problem lay at the other end of the chain — the slowing demand.

“If you look at the data, the total number of culled pigs is less than 1 percent of the total local livestock population. Hog raisers are raising 110 percent of our demand. The challenge is on the demand side brought about by wrong perception, and not on the supply side,”he said.

“The important thing is to address the low demand brought about by the scare among consumers who do not understand the situation. ASF is a disease that affects only pigs,” he added.—With a report from Connie Fernandez-Brojan