Batocabe family: Another Christmas without dad 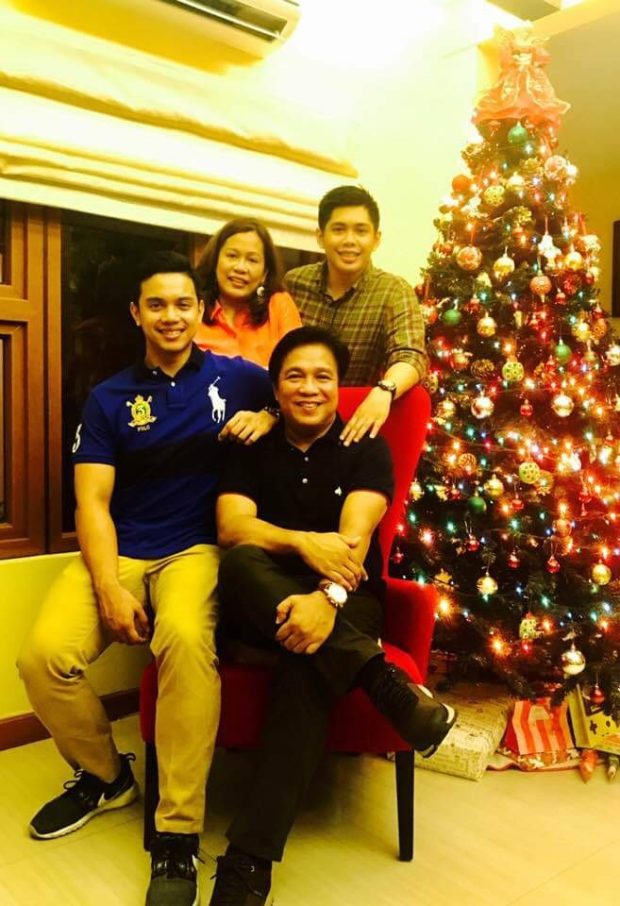 DARAGA, Albay, Philippines —The family of slain Ako Bicol (AKB) Rep. Rodel Batocabe will be facing another sad Christmas this year as justice is yet to be served.

On Sunday, the family, led by Batocabe’s widow, Gertrudes or Gertie, marked the lawmaker’s first death anniversary with Masses offered by close friends in various churches in this town and Legazpi City.

“When dad was still alive, we would decorate the Christmas tree together and have a family picture,” Justin, Batocabe’s eldest son, said.

“Now the family is incomplete. It’s definitely tough for us and we miss him very much but the quest for justice continues,” Justin said.

Batocabe was running for Daraga mayor against then Mayor Carlwyn Baldo and Vice Mayor Victor Perete when he and his security escort were shot and killed during a gift-giving event on Dec. 22 last year.

Perete won the mayoral race in the May elections.The police Criminal Investigation and Detection Group (CIDG) has filed murder and multiple frustrated murder charges against Baldo for allegedly masterminding the killing.

Also charged were six principal suspects who either surrendered or were arrested.

The Supreme Court has ordered the transfer of the venue of the criminal cases filed against Baldo, according to AKB Rep. Alfredo Garbin Jr.

Garbin said the petition that they filed with Gertie and Justin for the transfer of venue of the case was granted by the high court’s Second Division.

The tribunal ordered the clerk of court of the Regional Trial Court (RTC) Branch 10 in Legazpi City to forward the records of the cases to the executive judge of the Manila RTC.

According to the petitioners, they requested for the transfer of venue because of the alleged bias and partiality of Judge Maria Theresa San Juan-Loquillano toward Baldo.

They claimed that they cannot have a fair trial and that they fear for the safety of Batocabe’s family and witnesses should the trial continue in Albay or any part of the Bicol region.

“We are thankful that the case has been transferred to Manila. No less than the Supreme Court has expressed its skepticism of obtaining justice in RTC Legazpi Branch 10,” Justin said.

Baldo was allowed to post an P8.72-million bail for his temporary liberty, prompting protests from Batocabe’s supporters.

Loquillano subsequently dismissed the case for illegal possession of firearms and explosives against Baldo for insufficient evidence.

“We are disappointed at the immediate dismissal of the illegal possession case. We hope that despite this setback, the CIDG will not give up in this particular case,” Justin said.