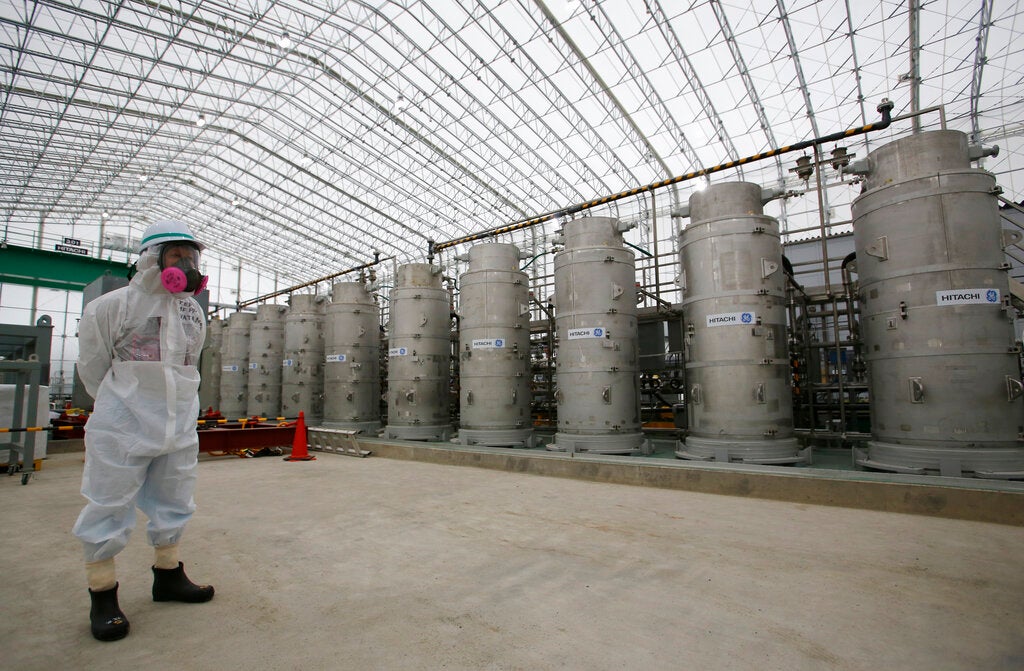 The proposal made Monday to a body of experts is the first time the ministry has narrowed down the options available to just releasing the water. It is meant to tackle a huge headache for the plant’s operator as storage space runs out, despite fears of a backlash from the public.

Nearly nine years after the 2011 triple meltdowns at Fukushima Dai-ichi, the radioactive water is still accumulating as the water is needed to keep the cores cooled and minimize leaks from the damaged reactors.

For years, a government panel has been discussing ways to handle the crisis and to reassure fishermen and residents who fear potential health impacts from releasing the radioactive water as well as harm to the region’s image.

In Monday’s draft proposal, the ministry suggests a controlled release of the water into the Pacific, allowing the water to evaporate, or a combination of the two methods.

The ministry said a controlled release into the sea was the best option because it would “stably dilute and disperse” the water from the plant using a method endorsed by the United Nations’ Scientific Committee on the Effects of Atomic Radiation. It also would facilitate monitoring of radiation levels in the environment.

Releasing the entire amount of water over one year would only increase radiation levels to thousands of times less than the impact humans usually get from the natural environment.

In the proposal, the ministry noted that evaporation has been a tested and proven method following the 1979 core meltdown at Three Mile Island, where it took two years to get rid of 87,000 tons of tritium water.

The government and the plant operator, Tokyo Electric Power Co., have been unable to get rid of the more than 1 million tons of radioactive water that has been treated and stored due to opposition from local fishermen and residents fearing further damage to Fukushima’s reputation and recovery. The utility has managed to cut down the volume of water by pumping up groundwater from upstream and installing a costly underground “ice wall” around the reactor buildings to keep the water from running into the area.

TEPCO says it has space to store only up to 1.37 million tons and only until the summer of 2022, raising speculation that the water may be released after the Tokyo Olympics next summer. TEPCO and experts say the tanks get in the way of decommissioning work and that they need to free up the space to build storage for debris removed and other radioactive materials. The tanks also could spill out their contents in a major earthquake, tsunami or flood.

Experts, including those at the International Atomic Energy Agency who have inspected the Fukushima plant, say the controlled release of the water into the ocean is the only realistic option, though it will take decades.

A government panel earlier compiled a report that listed five options, including releasing the water into the sea and evaporation. The three others included underground burial and an injection into offshore deep geological layers.

The panel has also discussed possibly storing the radioactive water in large industrial tanks outside the plant, but the ministry proposal ruled that out, citing risks of leakage in case of corrosion, tsunamis or other disasters and accidents, as well as the technical challenge of transporting the water elsewhere.