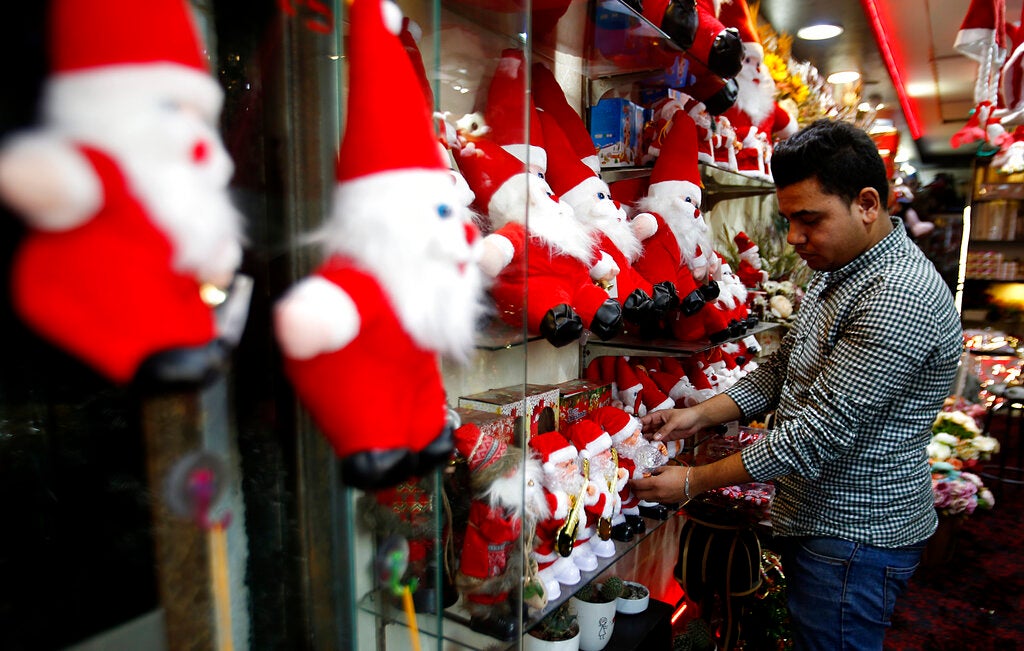 A Palestinian store owner decorates a Santa at his shop in Gaza City on Wednesday. (AP)

JERUSALEM  — Israel announced on Sunday that it will allow Christians in the Gaza Strip to travel to Jerusalem and the West Bank for Christmas.

Until its notice just two days before the holiday, it was unclear whether Israel would grant permits to members of Gaza’s tiny Christian community to leave the Hamas-ruled coastal territory.

COGAT, the Israeli defense body responsible for Palestinian civil affairs, said the permits would be issued “in accordance with security assessments and without regard to age.”

COGAT had earlier said that Israel had not yet decided whether to issue the permits en masse and was considering individual permit requests. COGAT said it also was allowing 100 Christians from Gaza to travel abroad.

In previous years, Israel has granted travel permits to large numbers of Gaza Christians to visit religious sites and spend time with family in Israel and the West Bank.

About 1,000 Christians live in Gaza, a tiny fraction of the territory’s 2 million people. Most are Greek Orthodox, with Catholics making up about a quarter of the small community.

While the ruling Islamic militant Hamas movement considers the Christians a protected minority, they have been targeted over the years by Islamic zealots. The Christian community has greatly dwindled since Hamas took power in 2007, with large numbers emigrating to flee conflict and difficult living conditions.

Israel and Egypt have maintained a tight blockade over Gaza since the Hamas takeover. Residents require permits to leave the territory.