PNP told to abide by ceasefire with Reds | Inquirer News

PNP told to abide by ceasefire with Reds

MANILA, Philippines — Interior Secretary Eduardo Año on Monday said he has directed the Philippine National Police (PNP) to respect the ceasefire with the New People’s Army (NPA) after President Rodrigo Duterte ordered a “unilateral and reciprocal” truce between the communist armed group and state forces 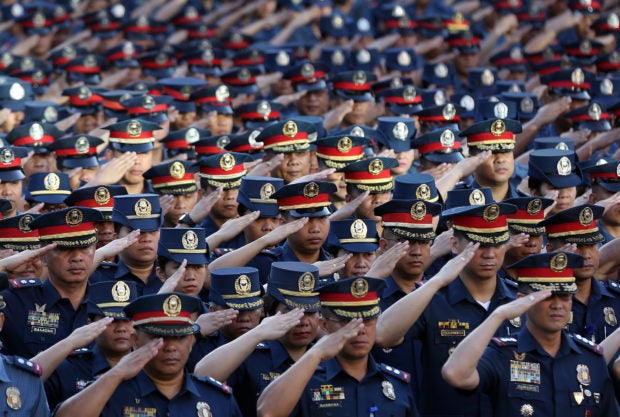 “It is the prerogative of the President, as commander-in-chief, to declare a unilateral ceasefire for the Christmas season and we abide by his decision. I have already directed the Philippine National Police to comply and to issue appropriate orders to all units in the field,” he said in a statement.

Año issued the order despite previously saying that he did not want a ceasefire with the NPA, explaining that the group only takes advantage of the truce to advance their propaganda and illegal activities without intervention from government troops.

The PNP is an attached agency of the Department of the Interior and Local Government.

While state troops will remain vigilant and be on a “strong defensive stance” during the ceasefire, Año said the truce, which took effect on Monday midnight and will run until 11:59 p.m. on January 7, 2020, will be an opportunity for police and soldiers to spend time with their families during the Christmas season.

He also hopes that fighters from the NPA, the Communist Party of the Philippines’ (CPP) armed wing, would surrender like their former comrades who had already received cash and livelihood benefits from the government after laying down their firearms.

“On this Yuletide season, I also hope that the NPA rebels would realize that what they are fighting for is already a lost and despicable cause,” said Año, reportedly among the government officials in the hit list of the CPP.

“It is better for them to surrender, avail of the Enhanced Comprehensive Local Community Integration Program (E-CLIP), rejoin mainstream society, and start a new life together with their families,” he added.

READ: Año: No to Christmas truce with Reds