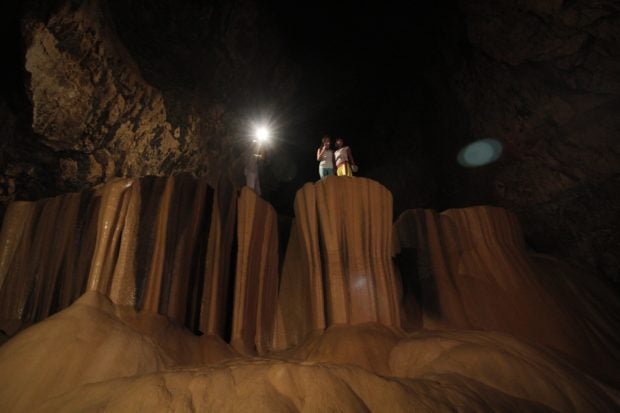 NATURAL ATTRACTION The closely knit community of Sagada in Mountain Province do not want big land developers in their midst, fearing the disruption of their simple and culture-based life and the destruction of the town’s natural attractions, like its pristine caves and pine forests. —EV ESPIRITU

This was the assertion of a municipal council resolution urging Mayor James Pooten to stop the sale or transfer to developers of properties in Sagada, particularly vast tracts of land near natural landmarks.

Backed by a signature petition launched by residents, Resolution No. 203-2019 stipulates that Sagada has “established cultural rules and procedures in the sale of real properties,” which prohibits land transfers to outsiders or nonindigenous Sagada residents without the consent of relatives, clan members, adjacent owners and the community as a whole.

“The very purpose of this cultural practice is to strictly maintain the identity of Sagada as a village and avoid outside interference that in a way adulterates the simple, culture-based, socially principled life system of the community,” reads the resolution that was passed on Dec. 2.

The council also questioned an alleged fraudulent land deal in Barangay Kanipawan within the ancestral land claim of the central and eastern villages, as well as the Sagada ancestral domain. All properties within the domain are communal.

That lot has been purchased by a developer, according to a community statement that was drafted by Sagada residents. “This is our patrimony and must remain so for generations,” it says.

“We have a long historical tradition of fighting for our communal and ancestral lands,” the statement stressed.

Sagada is considered the smallest town in Mountain Province, spanning 10.97 hectares of land, but it is “blessed with landscapes that have attracted many tourists locally and internationally,” the community statement says.

Residents have resolved to support the kind of tourism that will highlight the community’s “natural heritage, which Kabunyan (the creator) has bestowed on them,” it says.

Tourism has opened opportunities for livelihood, residents acknowledged, citing the benefits derived by tour guides and the attention given to their weaving industry, orchards and coffee production.

However, Sagada’s economic progress may have drawn the interest of businessmen and celebrities who have expressed interest in purchasing or leasing land in Sagada, the statement says. —KIMBERLIE QUITASOL INQ